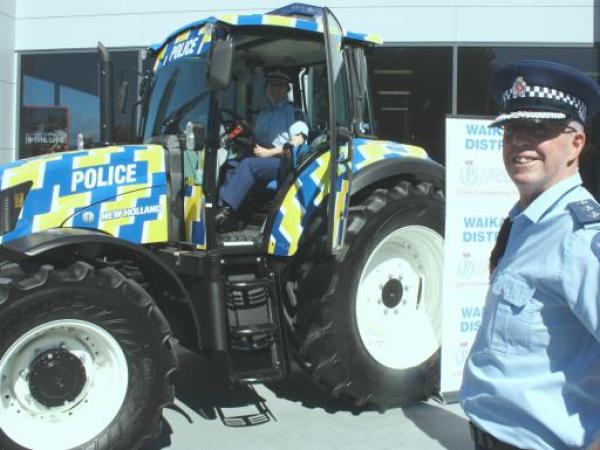 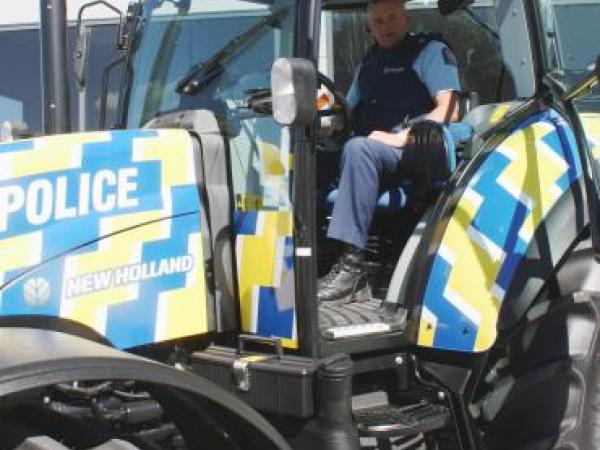 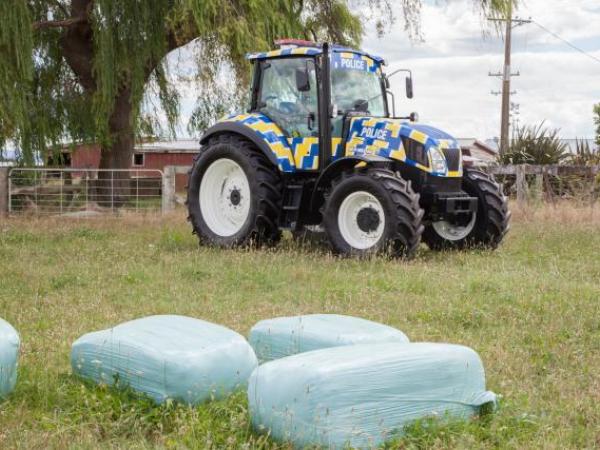 Waikato Police are hoping a new 'Police' branded tractor will act as an 'a-tractor' for farmers as they seek to address rural crime issues at fieldays being held at various venues nationwide.

Inspector Paul Carpenter said the idea behind the concept came from conversations at last year's National Fieldays at Mystery Creek.

"Police always have a presence at the June event as we seek to promote crime prevention initiatives with the rural community. Here in the Waikato we've had a number of innovations over the years from the country's first coloured, marked patrol car to mounted patrols and last year's quadbike crash scene.

"After that initial discussion I approached representatives of the CB Norwood Distributors about the feasibility of combining a display to help promote engagement with the rural sector. They really got behind it and as a result have loaned us this fine looking New Holland tractor being launched today."

Mr Carpenter said if there was any doubt the tractor would fail to attract attention from the public they were dispelled last week.

"The whole project was cost neutral, we even obtained the light bar from a written off patrol car. The tractor was transported to Te Awamutu ahead of the launch and Norwood staff have told us of a constant flow of people pulling over and taking photos and asking questions.

"And that's exactly what the concept is all about, promoting the discussions- things like rural road deaths, drug activity on farms, personal safety, stock thefts, illegal hunting and existing partnerships such as the one we have with Crimestoppers and Federated Farmers with the "Shut the Gate" campaign."

Mr Carpenter said at this stage the tractor is scheduled to appear at the Northland, Central Districts, South Island Agricultural and the National Fieldays over coming months.

"Rural areas present unique challenges for Police such as longer travelling distances, lack of cell phone and radio networks, smaller numbers of staff required to do more in depth engagement with smaller communities.

"Add to that, tactics that may work in large urban centres may not work that well in a rural setting, but the key thing is, Police need to know about incidents and rural residents need to feel comfortable reporting issues to us, we need to move away from the mind set of; "oh the Police are too busy, I won't trouble them."

Mr Carpenter said the partners in this initiative hoped the tractor would attract widespread discussion and help Police help the rural community shut the gate on rural crime.