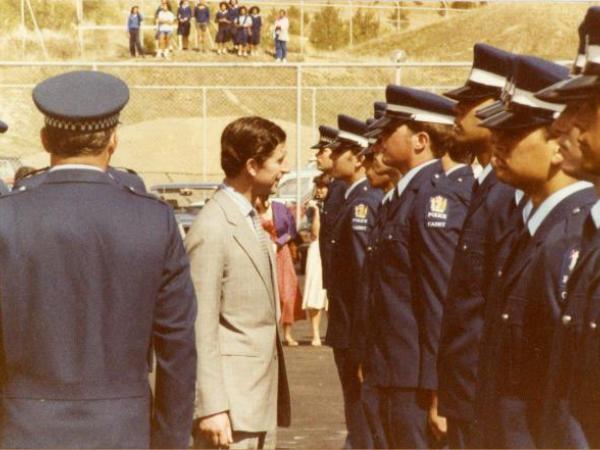 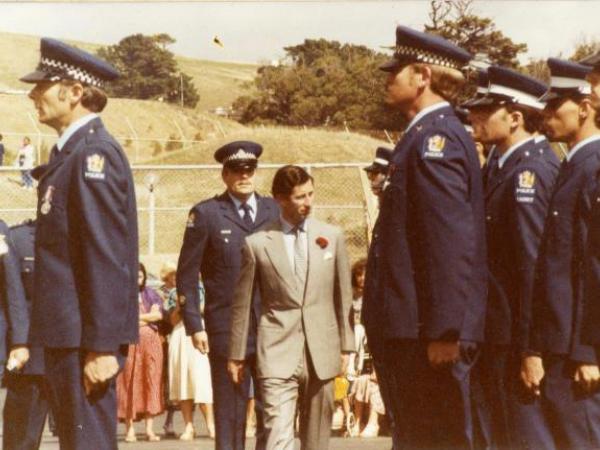 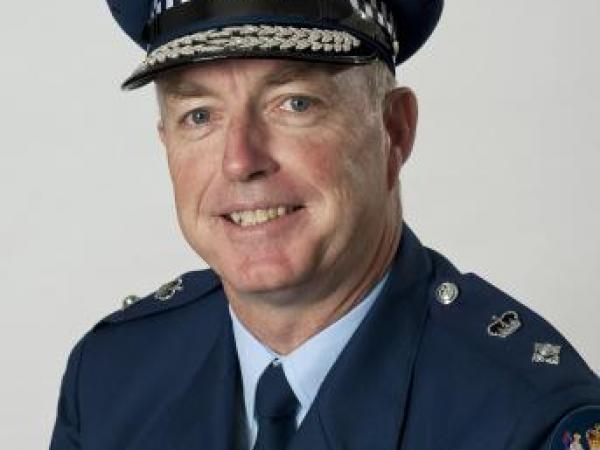 A group of New Zealand Police staff will mark 35 years of service in a very special way on Wednesday 13 July.

Wing 25 cadets were training at the Royal New Zealand Police College in Porirua when it was officially opened by The Prince on 1 April 1981.

The cadets delivered a gym display involving tossing telephone poles, forming a human pyramid, and strength and agility tests while balanced on top of a beam.

“It is a great honour to be presented with our 35-year awards in person by The Prince,” says Superintendent Barry Taylor, one of the members of Wing 25 and now New Zealand Police liaison officer based in London.

“Ten members of the wing have funded themselves and their families to come to London and I look forward to joining them at Clarence House for the presentation.

“We are all very proud of our association with the No 25 HRH Prince of Wales Cadet wing and we clearly remember our part in that special day with The Prince in 1981.

“This connection also provided an opportunity for members of our wing to meet The Duke and Duchess of Cambridge when they visited the Royal New Zealand Police College in 2014.

“Thirty-five years of service in New Zealand Police is a significant event for all of us, and it will be made even more special through sharing this milestone at Clarence House with family and friends.

“We look forward to meeting The Prince again. However I can rule out a repeat of the 1981 gym display,” says Mr Taylor.

The presentation comes following an approach from Commissioner Mike Bush to Clarence House to explore the possibility of The Prince’s involvement.

“I’m delighted the members of Wing 25 are being recognised in this way. It’s a hugely rewarding and special opportunity for them to celebrate their 35th anniversary with The Prince in front of their friends and families,” says Mr Bush.

Fifty-eight members of Wing 25 graduated in 1981, and 17 are still serving in Police.