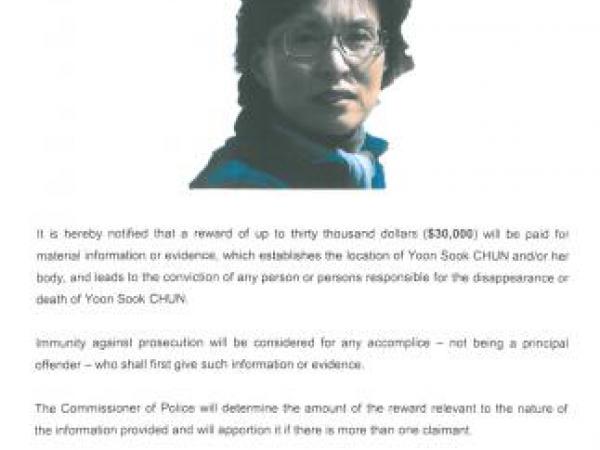 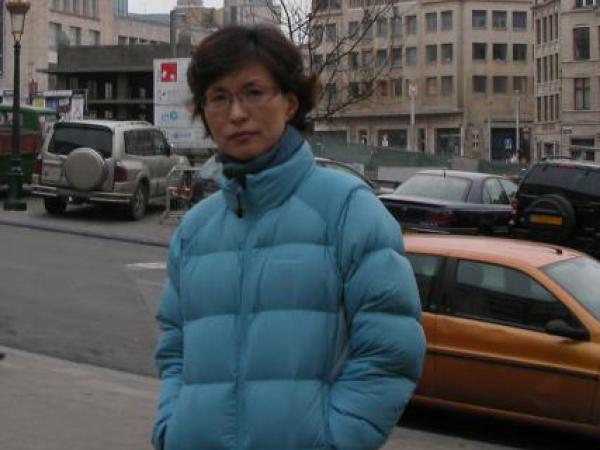 Canterbury Police hope the offer of a reward may prompt those holding key information relating to the disappearance of Yoon Sook CHUN on 18 May 2009 to come forward.

Detective Sergeant Ross Tarawhiti says "Canterbury Police are reviewing the disappearance of Mrs Chun who has not been seen or heard from since May 2009.  She was officially reported missing by a family member in December 2009.  We are hopeful that someone could hold some key information that can help solve this mystery."

The reward of up to $30,000 will be paid for material information or evidence, which establishes the location of Yoon Soon CHUN and/or her body, and leads to the conviction of any person or persons responsible for the disappearance or death of Yoon Sook Chun.

Detective Sergeant Tarawhiti said rewards are not offered by Police very often.  "However in this instance we hope that by offering a reward it will provide an incentive to someone who hasn't already spoken to Canterbury Police to come forward.    Mrs Chun was last seen six years ago and over that time it is also possible that loyalties will have changed or someone who hoped she would be found without them getting involved will step up and contact Police"

"We urge anyone who knows anything and hasn't spoken to Police before to come forward, so that Police can decide whether the information is of importance to the investigation or not.  If you are Mrs Chun please contact Police."

The reward offer shall remain in force until 1 October 2015.

Mother of a son and daughter Yoon Sook Chun was 47 when she went missing.  She lived in the Aidanfield suburb of Christchurch and held both a New Zealand and South Korean passport.  Neither passport have been used to travel out of the country since her disappearance.  At around 6am on 18 May 2009 she spoke to her two children briefly before leaving the family home, alone, through the front door.  It is not known what she was wearing but she told her family in an email that she was going to visit Auckland for a break.

Anyone with any information on where Mrs Chun is or other information that could assist with her disappearance is asked to contact Canterbury Police on 03 363 7400 or visit their nearest police station.

Media note:  Please text the District Communications Manager on 021 942 404 if you require an on camera or phone interview with Detective Sergeant Tarawhiti to verbalise this release.  We have a short window for interviews mid/late morning today.