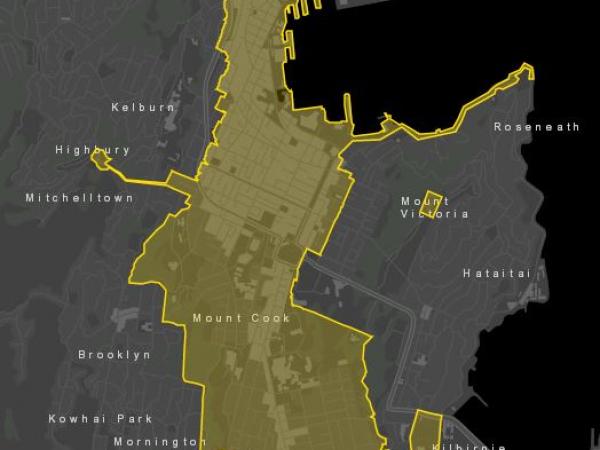 Wellington Area Police and Wellington City Council have a spotlight on the City’s Alcohol-free Zones this month.

A focus on educating the community on the Alcohol-free Zones and what they mean, and identifying people who are drinking alcohol in these areas is part of the ongoing joint commitment to a Social Contract for Wellington launched by Wellington City Council, Police, Greater Wellington, and the City’s hospitality and retail sectors.

As part of the Social Contract Police is committed to proactively monitor the Central City’s liquor ban.

“We have challenges with people pre-loading prior to coming into the City or side-loading by purchasing alcohol at off licences, or bringing it with them, and drinking it in areas surrounding the entertainment district. Side-loading is a concern for us and something we are actively looking to enforce.

“We want people to walk through our City without feeling intimidated by people consuming alcohol in public areas and the Alcohol-free Zones act as both a safety initiative and a prevention tool.”

Wellington Mayor Andy Foster says this is another part of the Social Contract agreed to last month between the City Council, Police, Regional Council and Hospitality and Retail sectors. We are all committed to doing our part to ensure the Central City feels safe and is safe.

“Wellingtonians need to remember that drinking alcohol or possessing opened alcohol in the City’s Alcohol-free Zones is illegal and they can be fined if caught by Police.

“We, and the Police, are asking people to be responsible and only drink alcohol in a licensed bar and not on the street. It’s the right thing to do and plays a big part in ensuring everyone has an enjoyable and safe time when they are out in the City.”

Police staff have several options available to them if they find a person drinking or in possession of opened alcohol in one of the Alcohol-free Zones. These include formal warnings, the issuing of an Alcohol Infringement Offence Notice requiring payment of a $250 fee, or arrest.

“Our aim for any intervention is to achieve the most appropriate outcome for that given situation,” says Inspector Silvester.

“If we see you in an Alcohol-free Zone breaching the bylaw, you can expect to get attention from us.”

“We have a responsibility to make sure Wellingtonians and visitors to our Central City have the information they need to make good decisions. We’ll also be reminding people about the Alcohol-free Zones by increasing our own communications about where people are not able to drink alcohol.”

Police will review the results of action undertaken during April to determine how best to focus on the Wellington City Alcohol-free Zones going forward.