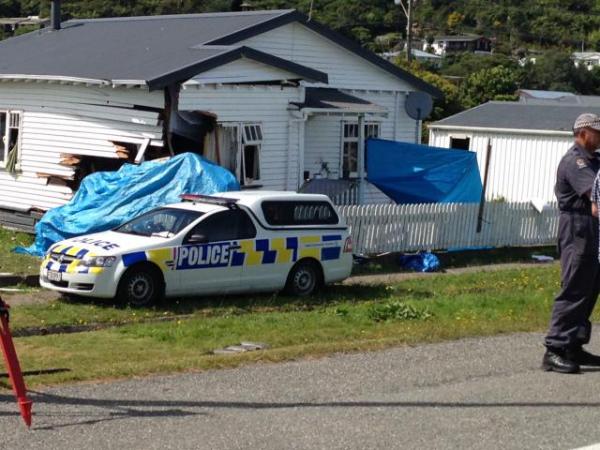 A 26 year old local man died in the crash. His body will be taken to Christchurch for a post mortem examination. Police are confident they know who he is but he is yet to be formally identified.

Shortly before the crash a Police patrol which was parked nearby witnessed the speeding car go by. The officer was out of the vehicle at the time.

The officer immediately got back in the patrol car, activated the warning lights and pulled out to follow the vehicle.  Shortly after the officer discovered the vehicle had crashed off the road into a house.

The impact of the crash has shoved the building sideways on its foundations. It required structural support before the scene could be cleared today. No one was in the house at the time.  The vehicle was also severely damaged.

Police are speaking with a number of people who were in the area and witnessed the incident.   Anyone who has not yet been in contact with Police, but who has information relevant to the investigation should call Greymouth Police, Ph 03 768 1600.

Victim support is working with the family of the deceased and the Police welfare service is assisting the officer involved.