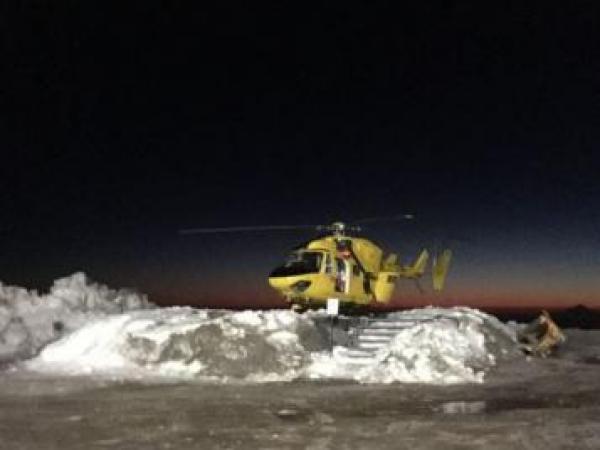 A 40-year-old man was transported to Palmerston North Hospital in a critical condition following an incident at the Mangaehuehu Glacier on Mt Ruapehu last night.

Around 5.30pm Police were notified of four people requiring assistance on the glacier.

The man had skied off a cliff while a female member of the group was stuck on the cliff face.

The remaining two members of the party found their way to the injured man and emergency services were notified.

After a prolonged rescue effort the man was recovered using a rope system and taken to Turoa Medical Centre before being transported to Palmerston North Hospital in a critical condition.

The woman was also rescued from the cliff face with no serious injuries.

“Due to a significant avalanche risk, Ruapehu Alpine Lifts went to huge lengths to keep people out of this area, which is outside the ski field boundary,” says Senior Constable Conrad Smith, National Park Police.

“It is incredibly disappointing and frustrating that these warnings were ignored.

“This incident serves as a timely reminder that ignoring warning signs not only puts your own life at risk, but also the lives of those in the rescue teams.”