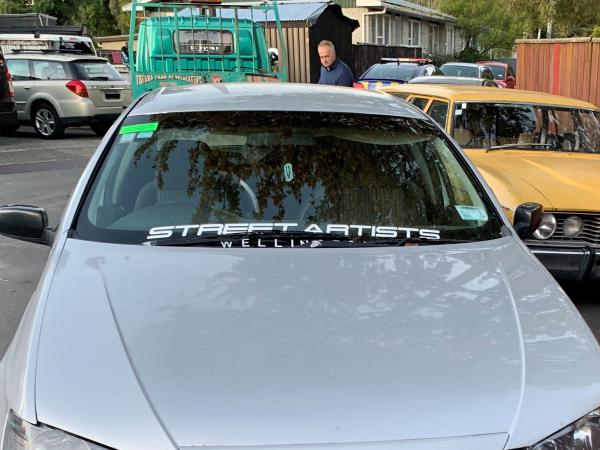 This week Police have impounded 10 vehicles from illegal street racers for loss of traction offences following a meet in late April.

Over Anzac weekend, several racers congregated in a commercial area of Lower Hutt and proceeded to do burnouts, skids, and make tyres smoke — all dangerous and reckless behaviour which puts themselves and others at risk.

Road Policing teams have been working with local businesses in Lower Hutt to identify the vehicles and drivers responsible.

As part of the investigation, Police has reviewed more than two hours of CCTV footage and gathered evidence of the offences.

In this first round of seizures, vehicles were impounded from different areas around the Lower North Island including Levin, Palmerston North, Masterton, and the Hutt Valley.

A small handful of individuals police spoke to refused to provide information about who was behind the wheel committing these offences. They received a notice requesting the drivers details within 14 days. Failure to comply with this notice will result in a court summons.

Three people have been summonsed for loss of traction offences.

Acting Road Policing Manager Senior Sergeant Matt Fitzgerald says often offending drivers are surprised when Police turn up on their doorstep to take their vehicles, because they think they have got away with it.

“I hope it gets the message across that anti-social road user behaviour won’t be tolerated and that Police will thoroughly investigate offences and take enforcement action.”

The vehicles still outstanding have alerts to be seized once located.

Senior Sergeant Fitzgerald has praised the brilliant work of staff.

“Police will continue to monitor, investigate and hold to account. The road is not a playground. The reckless driving behaviour presents a danger to themselves and other road users as well.

“Our communities have had enough of the disruption caused by illegal street sacers. I’m thankful for the support that we’re receiving from local residents and businesses to address this unacceptable behaviour.”

Photo of one of the impounded vehicles JPG - 1MB
Previous
Police recover body from Pelorus River, near Havelock
Next
Police appeal for information, Leamington