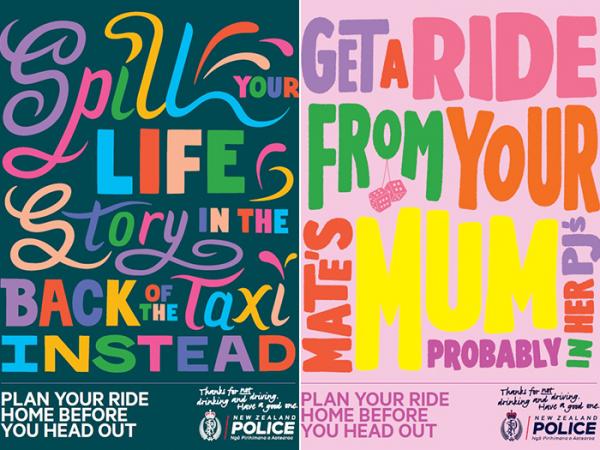 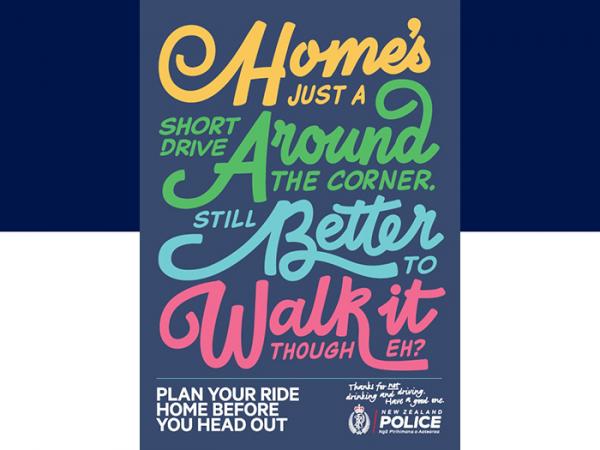 New Zealand Police has launched a new drink driving campaign encouraging drivers to consider other options to getting behind the wheel after drinking.

“If there’s ever a time we want to get into the mindset of drivers, it’s when they are making plans for the night. We need to get people thinking about this while they’re out buying alcohol or making plans,” says Superintendent Steve Greally, Director National Road Policing Centre.

The premise of the new drink driving campaign from Police is about getting people’s attention before they start drinking, and reminding them that there is always an alternative to drink driving.

The campaign includes messaging at over 250 bottle stores across the country, saying things like ‘get a ride from your mate’s mum’, ‘take advantage of your mate’s ‘sober month’ tonight’, ‘spill your life story in a taxi’, and suggesting walking home instead of driving. The message is simple - plan how you will end your night before you begin your night.

Major operations in May in both the North and South Islands saw hundreds of drivers processed for impairment-related offences because they decided to drink and drive.

“We know the majority of people are making smart decisions about not drinking and driving, but sadly we also know there are still too many people having a few drinks and thinking it’s okay to drive,” says Superintendent Greally.

“You wouldn’t head out for the night without sorting who you’re going with, or where you’re going, but for some reason people think it’s okay to have a night out without making plans about getting home.”

“In the cities there are Ubers, public transport and taxis to get you home. For those outside cities, organise a sober driver, call your folks or a sober friend, stay at the party, or just leave the car at home. There’s no excuse for not planning ahead,” he says.

Supporting the bottle store presence will be a strong radio presence to the campaign – again, looking to get people thinking about making plans about how they will get home.

“We’re ok with people having a fun night out and having a good one, but the harsh reality is that people are making selfish decisions that could easily be avoided, and many people aren’t having a good one because of death and serious injuries on our roads.”