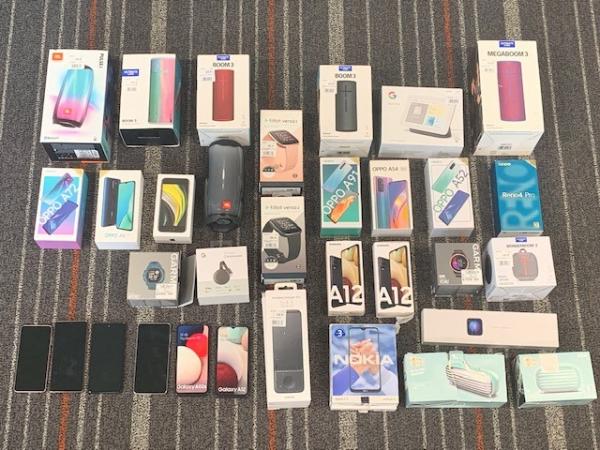 The Pukekohe Tactical Crime Unit has arrested three people and recovered a significant quantity of electronic goods following a ram raid at an electronics store in Pukekohe earlier this month.

On 6th June a stolen vehicle was used to gain entry into the store, and well over $100,000 worth of electronic goods were stolen before the offenders fled the scene.

The Police Eagle helicopter was quickly deployed and located a vehicle linked with the group shortly after, where ground staff located and recovered some items at the time.

Thanks to Pukekohe Police, with the support of specialist workgroups across Tamaki Makaurau, officers were able to quickly identify a number of persons of interest.

Several search warrants were subsequently executed in relation to the burglary, resulting in the arrest of three offenders and the recovery of further property taken during the burglary.

Three males have been charged with burglary and are appearing in court.

Not only are we able to hold the alleged offenders to account but it’s good to be able to return the stolen property back to its rightful owner.

It appears as though the items were stolen with the intention of on-selling to members of the public via various channels.

The public are reminded to be vigilant and to be very careful when purchasing new items from private sellers, either in person or online, as the items may be stolen.

This activity only encourages criminal behaviour and would-be purchasers also run the risk of facing prosecution for receiving stolen property.