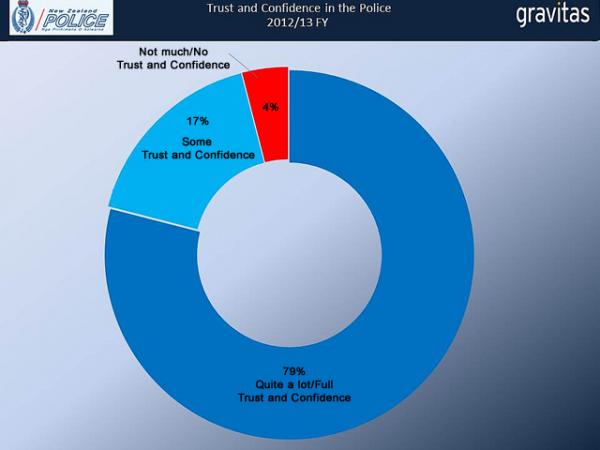 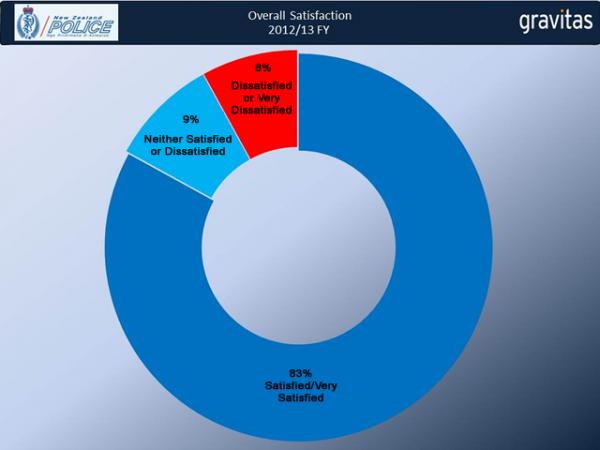 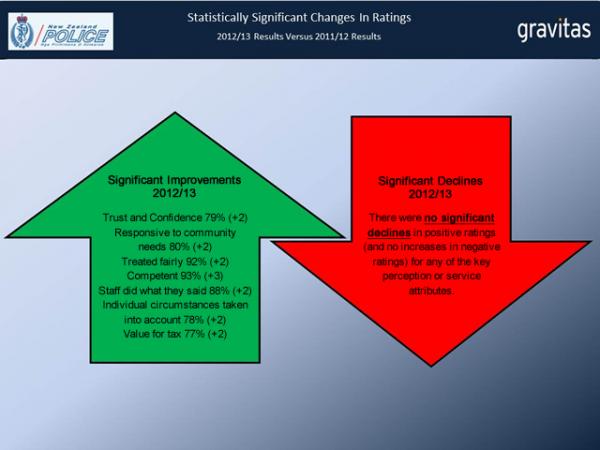 The independently-run survey asks people their views about Police, feelings of safety and what their service experience was like if they recently had contact with police.

Close to 10,000 people throughout the country took part in the research.

Commissioner Peter Marshall said the high level of trust and confidence enjoyed by NZ Police is never taken for granted and staff work hard to improve on it year by year.

Results this year are particularly pleasing with significant improvements across a number of key areas, he said.

People's perceptions of police responsiveness to their community increased significantly with 80 percent (up from 78 percent) of those surveyed agreeing or strongly agreeing with this question.

Overall satisfaction with service delivery also increased, with 83 percent of people either satisfied or very satisfied with the contact they have with police.

"Each year we strive to improve the service we give. Police staff work incredibly hard every day to give the best, most consistent service to their communities and it is gratifying to have that work reflected in the survey results," Mr Marshall said.

"It is great that such a large majority of New Zealanders feel safe and are satisfied with the service they get from their police," Mr Marshall said.

"As part of our Prevention First strategy, we are continuing to work hard to connect with communities and neighbourhoods to prevent crime," Mr Marshall said.

"The survey results recognise that commitment and hard work."

"We thank those who took the time to participate in the survey and tell us how we are doing,” Mr Marshall said.

More information about the survey, including access to the full report, incorporating district results, can be found at www.police.govt.nz/satisfactionsurvey

Significant changes 2013 JPG - 182KB
Previous
Fatal crash between Hawera and Patea
Next
Trust and confidence in Police remains stable in the Northland District.