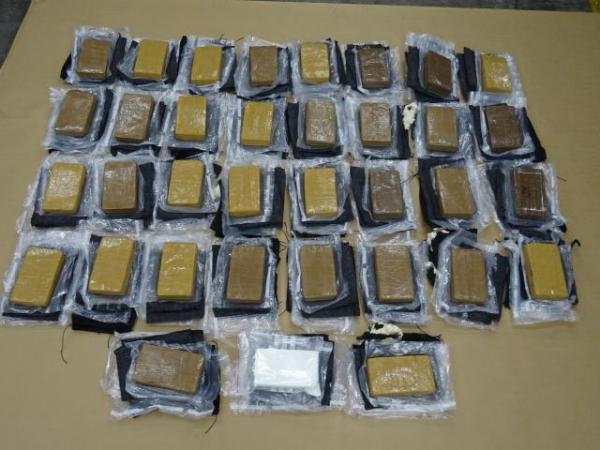 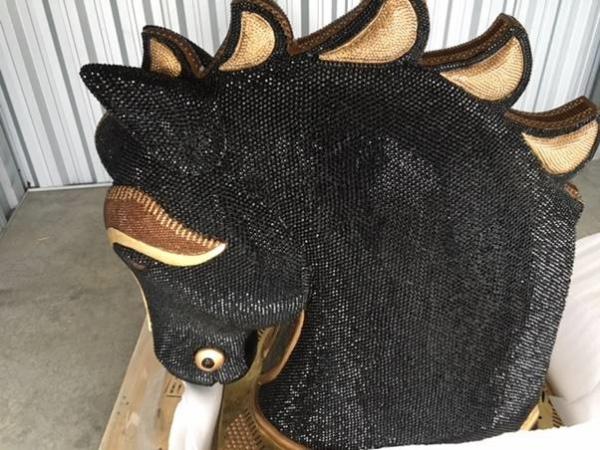 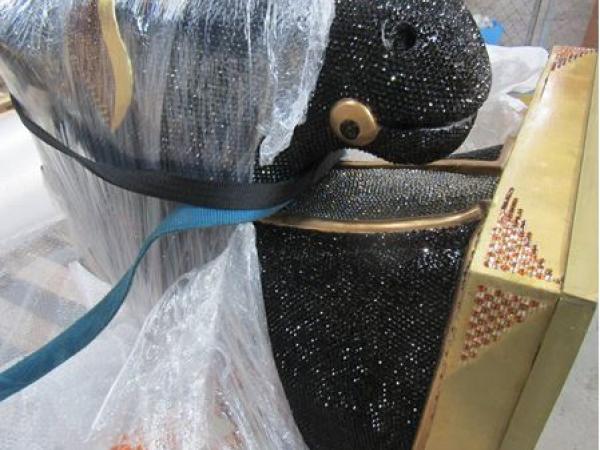 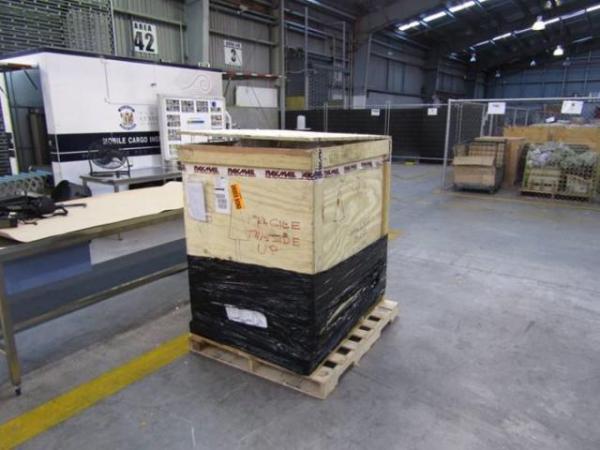 A joint Customs and Police investigation has resulted in the largest-ever seizure of cocaine in New Zealand, worth an estimated street value of $14 million NZ dollars. (Pictures available and video expected to be available in a few hours)

In early May, Customs officers focussed on a 400 kg sculpture of a diamante-encrusted horse, which had been freighted into the country from Mexico. Their suspicions were confirmed when inside the horses head were 35 bricks of high-grade cocaine.

A subsequent joint investigation has today resulted in the arrest of  three men with the smuggling attempt.

Officers from the Police Organised Crime team arrested two men last night at Auckland International Airport and a search warrant is being carried out this morning at a residential address in Te Atatu.

The men, a 44 year-old Mexican national and a 56 year-old US national have been charged with the following and will appear in the Manukau District Court this morning.

Officers from Christchurch Police are also carrying search warrants at two residential address in Worcester St, Linwood, and two men and a woman are speaking with Police.

Importing the class A drug cocaine is punishable by life imprisonment.

“This is obviously an extremely large amount of cocaine, and in the past we’ve only found very small amounts of this drug. Prior to this, the average amount of cocaine seized by Police each year was around 250 grams. What this find tells us though is that there is obviously a demand for it. While it’s possible that this statue may have been sent on to another country, but there’s every possibility that the cocaine was destined for the New Zealand market and we would be naïve to think otherwise” says Detective Senior Sergeant Colin Parmenter, Officer in Charge, Organised Crime Auckland.

Customs Investigations Manager Maurice O’Brien says Customs has an intelligence-led and risk-based approach at the border, and the seizure is the result of good profiling systems and inspection capabilities. The joint operation with NZ Police and international engagement with other law enforcement agencies proved its worth in advancing the investigation.

“We maintain strong relationships with offshore border partners to share information about illicit trade as they move around the globe. It takes an international enforcement network to disrupt a transnational crime syndicate. This seizure shows our systems are working well regardless of the type of drug or commodity” says Mr O’Brien.

Police are not ruling out further arrests as the investigation continues.

Plans are underway to get the diamante-horse to Harlech House so media can film it. Videos of the cocaine are also expected to be available by 12.30pm in a dropbox link.