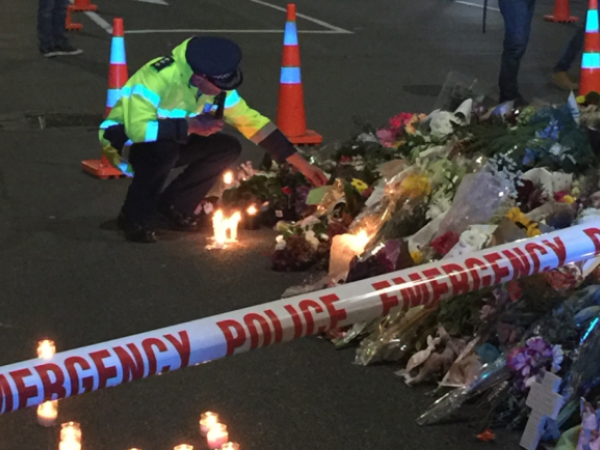 Sadly, Police can confirm this morning that during the scene examination of the Deans Avenue Mosque yesterday, the body of a further victim was found. The death toll now stands at 50.

Police ask that people return to their daily lives, but also, be vigilant.  If you “see something, say something”.

If you have information which may help the investigation into the Christchurch attacks, please use the online form available at www.police.govt.nz

The online form is not an emergency channel - if you see anything suspicious or need urgent help, please ring 111 immediately.

Mosques are welcome to open their doors if they choose to do so.  Police will continue to maintain a presence at all Mosques across New Zealand.

Police are continuing the scene examinations of Al Noor Mosque on Deans Avenue and Masjid Mosque on Linwood Avenue today.

Police is working closely and extensively with partners to identify the injured and deceased victims of the Christchurch attack.

This is detailed and complex work that must be completed thoroughly.

The victims have been removed from both Mosques. This means that victim identification work can progress.

A range of activities must be completed before names can be released publicly. This includes next of kin notifications, which, in many cases, will have international aspects to them.

Police understands the religious duty of the Islamic faith to bury the deceased as soon as possible, and is working closely with the Chief Coroner to do everything possible to expedite the process.

In addition to the 28-year-old man who appeared in court yesterday, two people were arrested after the attacks and held in custody. At this stage there is no indication that they are connected to the attacks.

One of those people has been charged with a separate offence and remanded in custody.

The other has been released.

I can also confirm that due to evidence collected during the investigation we have taken another person into custody.

There is no information to suggest this person is linked to the attacks.

Enquiries are ongoing in relation to this person and we will update you when we are able.

The search of a property in Somerville Street, Dunedin, has now completed.

A number of items of interest were located however no items that would present harm to members of the public were discovered.

Those nearby residents who were evacuated overnight have been able to return to their homes and Police thank them for their cooperation.

A Police scene guard will remain in place at the property.