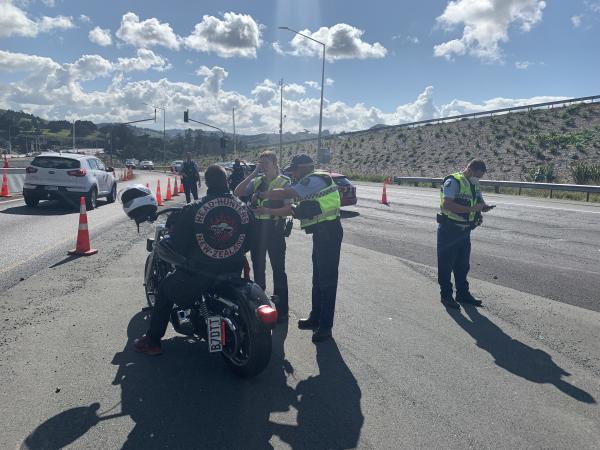 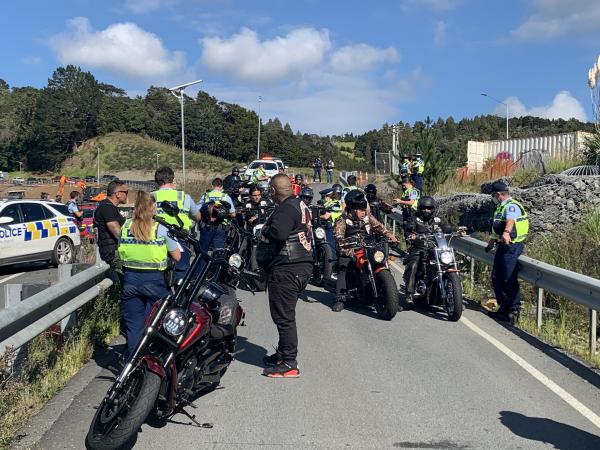 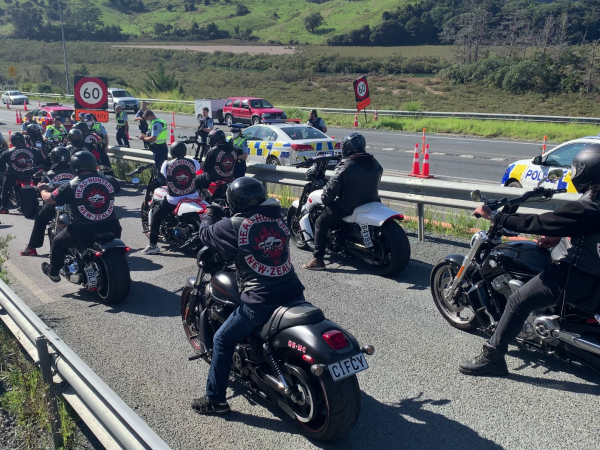 A significant road policing operation in Tāmaki Makaurau has yielded excellent results as Police monitored gang events in the region.

Area Commander for East Auckland Inspector Jim Wilson says “the checkpoints set up in the Mt Wellington and North Auckland area have been very effective and prevented a number of motorcyclists in the convoy from causing wider harm on the road.”

“I hope the community can see that our presence here today shows that Police do not tolerate gangs attempting to dominate our roads.”

Inspector Jim Wilson says “the check point on Marua Road, Mt Wellington was particularly effective and as a result we were able to stop each rider that came through and deter high-risk driving behaviours.”

While a number of people riding in the convoy were compliant and had vehicles that met the required standards, Police still fielded a number of reports from the public.

“Gang activity of this nature is unsettling for motorists, and it is unacceptable for groups to conduct themselves in a way that intimidates the community.

Police will continue to conduct enforcement operations like you have seen today and hold offenders to account” says Inspector Jim Wilson.

Tāmaki Makaurau Police have a number of ongoing enquiries and CCTV footage will be reviewed to capture offending in relation to gang activity in Auckland today.

Anyone that has information relating to the activity are encouraged to report it to Police on 105 if they have not done so already.