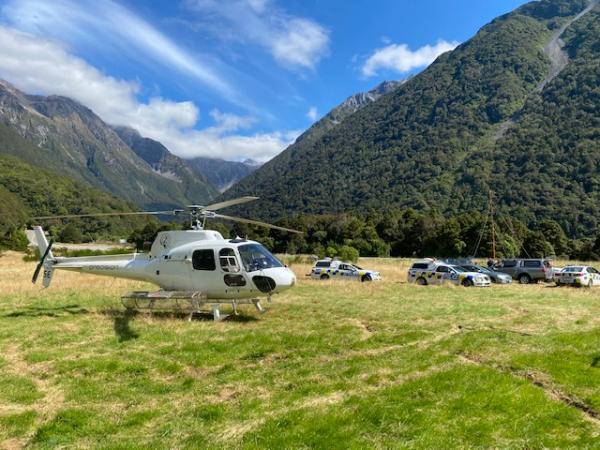 The remains were recovered by a Disaster Victim Identification Unit member and taken to Christchurch where they will undergo an official identification process.

While an official identification process is yet to be completed, we believe the remains to be that of Ms Sheppeard. Her next of kin in Australia have been informed.

The 53-year-old was officially reported missing in January, however she was last heard from on 19 November 2020, when she posted a photo of herself on Twitter saying she was "off to the mountains".

Enquiries were conducted and information was sought from the public.

In March 2021 a member of the public furnished Police with an entry from the 'Intentions Book' at the Waimakariri Falls Hut, dated 11 November 2020. It had Ms Sheppeard's name on it and suggested she was likely heading to the Waimakariri Col, Rolleston River or Hunts Creek.

A helicopter with observers on board searched the area and then a drone team from Urban Search and Rescue (FENZ) flew the area recording images which were analysed. Nothing of note was seen however several areas of interest were identified which assisted in the planning of the ground operation.

The search area contained high alpine and bush areas, gorges with waterfalls and boulder fields, which was to be a challenge for search teams.

Three field teams which included LandSAR volunteers and Police, two CanyonSar teams, Alpine Cliff Rescue, two Police dogs and a LandSAR dog with their handlers were deployed into the area by Precision helicopters.

This is obviously not the outcome we were hoping for but, pending confirmation, will bring some closure to Ms Sheppeard's family and friends.

We would like to thank the dedicated search teams and the members of the public who came forward with information.

Note for media: Images of the search of the Rolleston River area are attached.