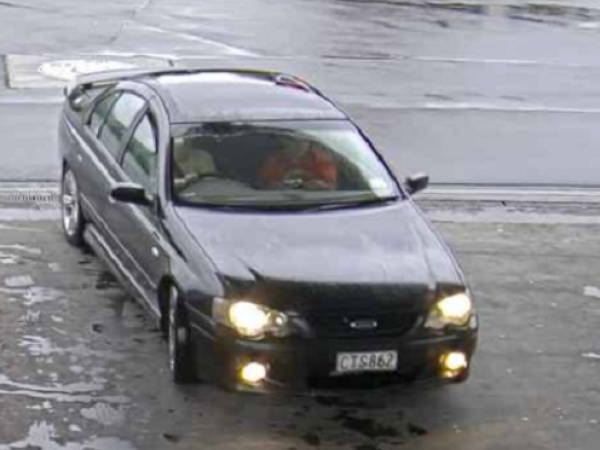 A 45-year-old man who was located by Police yesterday in connection with a homicide in Wellsford has now been charged with murder.

He is expected to appear in the North Shore District Court this morning.

Police would like to thank the community for their assistance and the public sightings that were reported of the alleged offender.

37-year-old Zane Smith was fatally shot in Wellsford on Saturday and Police have had a team of detectives working around the clock since the incident occurred.

We are continuing to support Mr Smith’s family at this difficult time.

Police are still appealing for sightings of a black 2005 Ford Falcon saloon – registration CTS862 (pictured) – linked to this incident, which was seen in Pakuranga on Sunday morning.

We are also looking to locate the firearm used in this incident which is believed to be a rifle.

Anybody who has any information on the whereabouts of these two items are urged to contact Waitemata Crime Squad on 09 839 0697 or Crimestoppers anonymously on 0800 555 111.