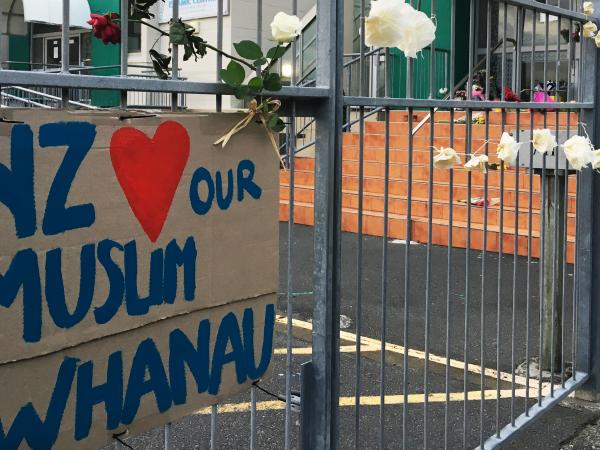 The suspect in the Christchurch attacks was arrested just 36 minutes after police were told of the shootings.

“You had a mobile offender across a large metropolitan city – I’m very happy with the response of our staff.”

John and Police Commissioner Mike Bush were among leaders addressing the media briefing at Te Omeka, the Justice and Emergency Precinct in Central Christchurch, 24 hours after the attacks that killed 49 people at two mosques.

Flanked by representatives of agencies including other emergency services, Civil Defence, Christchurch City Council and Victims Support, Commissioner Bush said it was clear the man “did not want to be arrested”.

A video captured on a passer-by’s phone showed two armed officers arresting a person at the roadside.

Commissioner Bush said it was thought the suspect’s car contained improvised explosive devices as well as firearms, and that the officers “put themselves in real danger to keep the community from further harm”.

John said the first responders did an outstanding job. “I want to reassure the community that we have heroes every single day who come to work to keep them safe,” he said.

“I’m committed to the reassurance of the Canterbury community, to bring peace to our streets.”

Commissioner Bush said priorities were to ensure public safety and “making sure those victims, those poor people so horribly affected, get every piece of support that they need to get them through this absolutely tragic time”.

He acknowledged the work of other agencies involved in the response and the bravery of members of the public who intervened to help those under attack.

He also thanked the Imams who had travelled to the city to support those most seriously affected.

Commissioner Bush said there was no intelligence to suggest any further imminent threat “but I would never assume anything in this situation”.

“We’re not searching for someone who’s an imminent threat but that doesn’t mean they don’t exist,” he said. “So we’ll be highly vigilant, highly present, highly visible, to ensure that if there is anyone out there wanting to do harm we can intervene.”

He said the investigation and intelligence phase were now crucially important “to understand what unfolded, how it unfolded and answer any questions that the public will have”.

Police staff from other districts have been flown to Christchurch to support their Canterbury colleagues – 45 staff flew in yesterday, with another 80 travelling today. The Police helicopter Eagle has also been deployed to the city.

Ethnic liaison officers from Police’s Māori, Pacific and Ethnic Services are in Christchurch to support grieving families and help reunite them with loved ones in accordance with both Muslim beliefs and Police obligations to the coroner.

Meanwhile there is a heightened police presence around the country, particularly at mosques and community events.

A 28-year-old man has been charged with one count of murder and has been remanded to the High Court to reappear on 5 April. Any further charges he will face will be determined by the ongoing investigation.