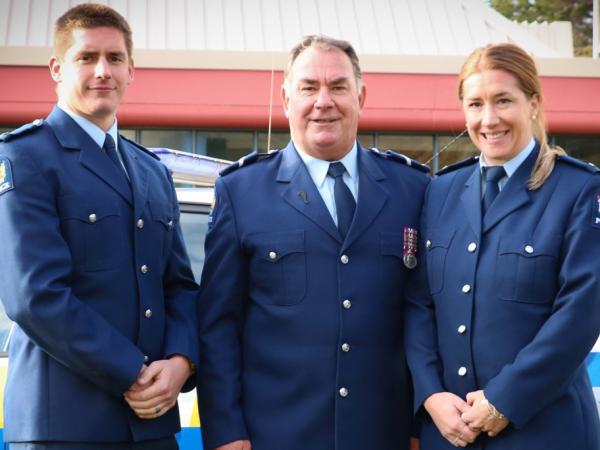 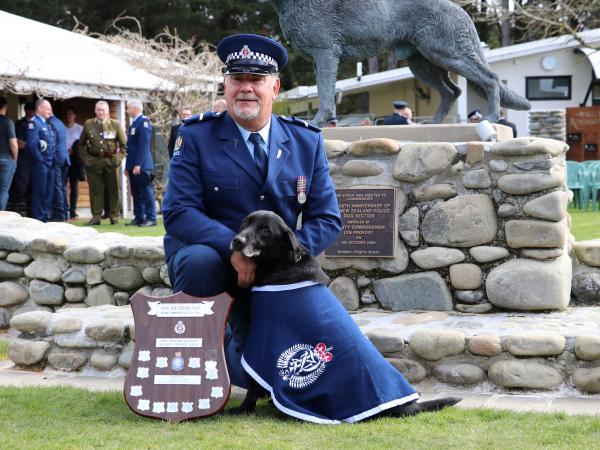 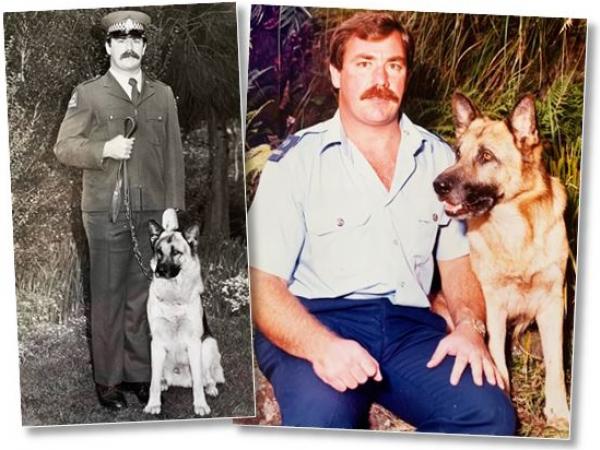 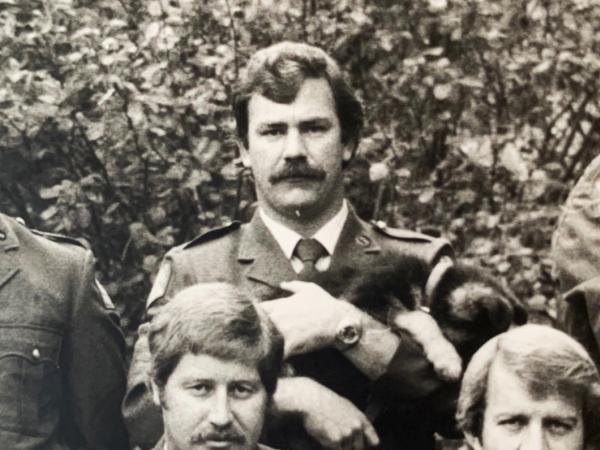 After 49 years and six months in Police, dog handler Senior Constable Ross Clarke has hung up the leash.

But the Clarke family still has a paw in the ring – two actually. His son Andrew has followed his father’s track into Auckland’s dog section and daughter Jessica is a Detective in the Major Incident Team in Counties Manukau.

Ross had wanted to be in Police since he was a boy living in Christchurch and had what he describes as a brush with the law. He can’t remember exactly what the offence was – but it may have been to do with stolen apples.

“A young cop came and sat me down and I thought, ‘Oh yeah – that’s a bit of me’,” says Ross. “Even today we talk about first impressions.”

Straight from high school he caught the ferry and train to Trentham to become a Police cadet. “And that was it. Nineteen months later I graduated.”

He worked regularly with dog units and thought the job looked exciting. In 1980 he fostered his first puppy – Nasa - and they soon became an operational team in Auckland.

He remembers his first catch vividly. “It was a day shift on the North Shore where someone had seen a burglar. He ended up in the mud flats, and so did I.

“He was up to his waist so there was plenty of scent to track. We caught up with him and I think he was a lot more tired than I was.”

His longest-ever track was in pursuit of a violent robber who left his victim lying unconscious in Sandringham.

There was no way of knowing where the offender had gone, so Ross was asked to cast a wide net and see what he could find.

Ross and his dog at the time, Dane, headed off into the dark. “We were gone a long time,” says Ross. “So long I think the others had forgotten about us.”

Dane, a dog Ross describes as ‘magnificent’, picked up a scent and led them to the back door of a house at the south end of Mount Roskill, nearly 6km away. Ross could overhear the occupants of the house talking about the robbery. “Then I had to find radio reception,” he says. “It wasn’t great back then.”

Ross’s career with patrol dogs ended abruptly, however, when he fell and seriously injured his back in the dark during a night-time AOS job.

Since then, he’s been working with detector dogs. He took part in the cash detection dog trial in 2013 when his dog Archie sniffed out cash alongside a Customs detection dog. Together they seized more than $350,000 in five months.

Ross was back in the nationals in 2019, competing with his final dog Kadee in the Narcotics Detector Dog competition.

As children, Jessica and Andrew remember Ross as 'a real old-school cop' and also a great dad who, once they were in Police, would go to sleep with a radio beside his bed so he could switch it on and make sure they were OK.

She says she and Ross have worked together on many jobs.

“One time he walked into a briefing and gave me a kiss on the cheek in front of the team - I had to quickly tell him that that was ‘not cool Dad’.

"But I was always happy to be working aside him, giving him the orders for once.

“We were always incredibly proud of him growing up - and even more so now with him having served 49 years in Police. He will have to live vicariously through our Police stories now.”