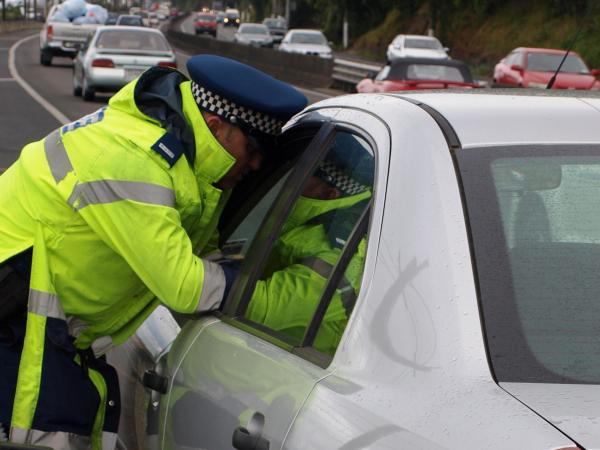 Home > News > Ten One Magazine > From arresting officer to mentor

A Highway Patrol officer went the extra mile when he pulled over a Hamilton mother who was driving without a licence.

To help the woman get back on the road legally, Senior Constable Neale Williams acted as her reader during her licence theory test to overcome the literacy problems which had held her back.

When she failed, he paid for her to retake it immediately – and she passed.

“The reward was the look on her face,” he says. “For most people it might not be a big thing, but for her it was like winning lotto.”

Neale (pictured right) stopped the car on 24 January after automatic number plate recognition identified it as one he had impounded six weeks earlier, when the driver gave false details and turned out to be suspended.

This time it was driven by the man’s aunt, who also gave false details and was arrested.

It emerged that she had been disqualified eight years earlier and had never applied to requalify because she was embarrassed by her problems reading and writing.

“I phoned New Zealand Transport Agency and confirmed what she had to do to obtain her licence,” says Neale. “She didn’t know you could have a reader at the test. I offered to be hers.”

He recommended an NZTA app through which, with the help of her son, she studied the theory. The test came a week later, on Wednesday (31 January).

“My shift was changed so I could get there,” says Neale. “I sat with her and we did the test. She failed with 31 out of 35 - you’re only allowed to get three wrong. She had clearly studied, though, as the mistakes were silly ones.

“She couldn’t afford to pay for the test again so I paid for a second go – I thought if we don’t do it now it’ll go into the too-hard basket. Second time, she passed with room to spare.”

Neale then took the woman to Hamilton Central Police Station and helped her with appeal forms for the return of her vehicle, which had been impounded again.

The woman – who has come to the attention of Police and the courts in the past – still faces charges of driving while forbidden and giving false details.

“I hope this positive experience of Police will help her see us as ‘not the problem’ and that she’ll continue to take the right steps,” says Neale.

While the case seems trivial compared to a lot of police work, he says, “if we can’t invest a little time and effort in people, what hope is there for them?”

The woman, who asked not to be identified, says she has already booked the practical part of the requalification test for next week.

“He was so cool,” she says. “I’m so thankful to him. I gave him a big hug and there were a couple of tears.”

Acting Sergeant Will Hamilton, Neale’s supervisor, says the episode is “the perfect demonstration of the essence and spirit” of the Police High Performance Framework (PHPF).

“Senior Constable Williams has set the bar for going the extra mile and delivering the outcomes we all strive for,” says Will. “The value of embedding PHPF at our level through regular meetings is very clear in this case.

“I’m proud of and him and will continue to enable and support him to produce positive outcomes like this.”