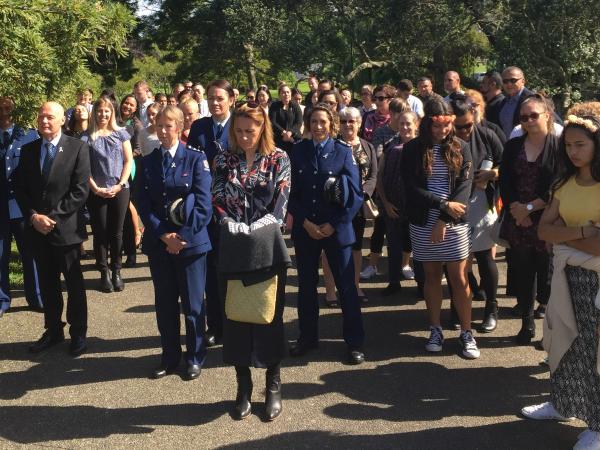 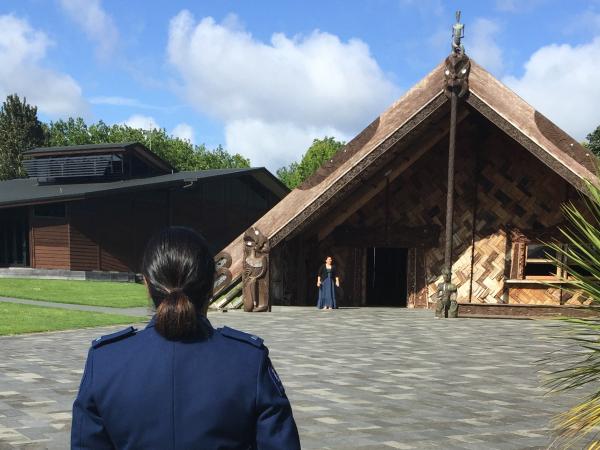 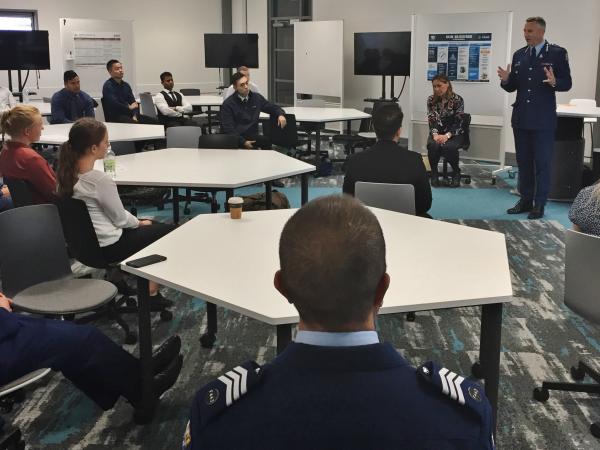 The 20 recruits of the Jenny-May Clarkson Wing 323 Section 5 (Wing 323-5), and their whānau and other supporters, were welcomed with a pōwhiri at Te Noho Kotahitanga Marae at Unitec’s Mt Albert campus.

Their 19 weeks of training start with six weeks in the classroom at Unitec, followed by firearms, driving and defensive tactics training, then eight weeks’ field training based at the North Shore Policing Centre.

Among them are a commercial pilot, a lawyer, a power lifter who holds two New Zealand records, athletes, a dad with a week-old baby and serving Police employees.

The initiative to train Aucklanders in Auckland for the three Auckland police districts followed feedback that, for some potential recruits, the prospect of moving to Wellington for 16 weeks’ training at the RNZPC was a barrier to joining Police.

The first non-residential Tamaki Makaurau wing was Wing 314 Section 5, which graduated in September.

Inspector Sarah Stewart, Acting General manager Training, congratulated all the staff who had contributed to getting the course under way, through recruitment or otherwise.

“This is an amazing group of men and women who are as proud to join Police as we are lucky to have them as part of our whānau,” says Sarah.