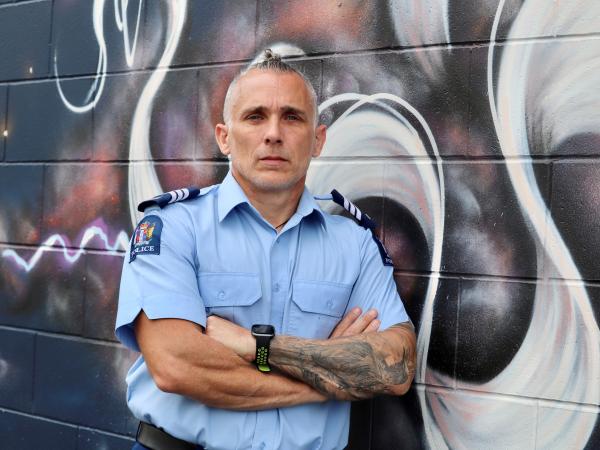 Home > News > Ten One Magazine > Back from the brink

Twelve years ago Sergeant Dylan Robinson literally pulled a suicidal teenager back from the brink. Now the man has reached out to say ‘Thanks for my life’.

In his darkest moment, Chris (not his real name) clambered over the railing of the Heritage Bypass bridge in Kerikeri before dawn one November morning in 2009.

Chris, then 18, had broken up with his first serious girlfriend and been kicked out of his flat. It was 4.20am, he was desperate, and extremely drunk. He jumped - but Kerikeri-based Dylan managed to get a grip under his left armpit.

“I just remember thinking I had to get him back,” says Dylan. “As soon as I had him with my left hand, I reached over with my right hand and yanked him on the back of his jeans.

“I remember pulling and pulling him and then both of us sitting on the ground on the right side of the railing.

“It wasn’t until we were sitting there that I realised I’d dislocated my shoulder. I lifted it and it clunked back in place.”

Chris was distraught and crying. 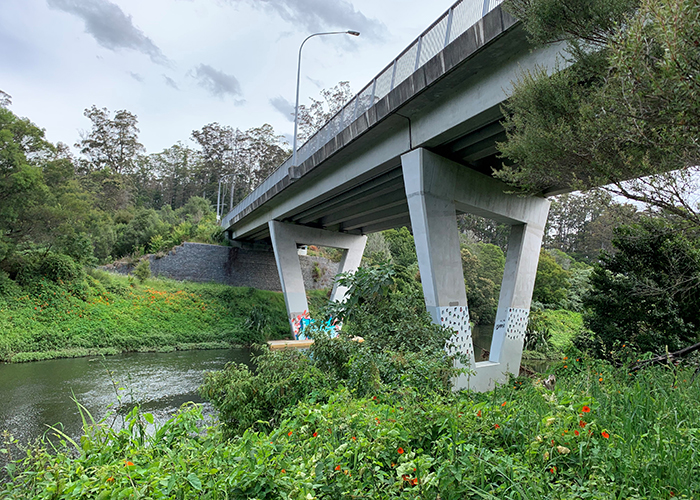 Twelve years after he tried to jump off the Heritage Bypass bridge in Kerikeri, Chris says he's living a rich, fulfilling life and wants to let people in dark places know there’s an alternative to suicide.

Twenty minutes earlier Dylan had managed to talk his way close to Chris, after a call from a member of the public that someone was hanging his feet over the railing and looking ready to jump. He had threatened to jump if Dylan got any closer. Dylan knew this was no idle threat.

“I managed to get closer to him during that time until I was less than two metres away,” he says.

Chris was facing forward, hanging on with one hand behind him, dangerously high above the Waipekakoura River and the rocky riverbanks.

“He let go of the railings, leant forward and jumped,” says Dylan. “It happened so quickly. My brain was telling me ‘get him to safety’.”

Chris was taken to Kerikeri Police Station where he was seen by a Duly Authorised Officer before being taken to Kaikohe for assessment.

He’s living a rich, fulfilling life - and wants to let people in dark places know there’s an alternative to suicide.

It was while he was celebrating the house purchase that Chris opened up and spoke with his wife for the first time about that day nearly 12 years ago, and how a Northland police officer saved him.

“That night was a turning point in my life,” Chris says. “Since then I have taken every chance and positive opportunity that’s come my way. I just wanted to say thank you.

“Because Dylan was there and stopped me from hurting myself, I’ve had an incredible life.

“I’ve travelled the world, been married six years and just bought my first house. None of that would have happened if Dylan hadn’t helped me that morning. He was there and was able to pull me back over the railing.”

He often reflects on what could have been. “I was in a pretty dark place. If Dylan hadn’t been there, I doubt the outcome would have been good. I’ve thought about him often and wanted to reach out and thank him, but I just haven’t.

“Talking about it with my wife she said I needed to contact Dylan. She met me when I was struggling and has seen me come through this.

“I just remember feeling that someone cared - finally. He made it really obvious there were people who cared. He told me that he cared.”

Chris says police officers are called because somebody expects them to do something. In his case the officer saved his life.

“Police just don’t know the impact they have. I can speak from experience. Being helped by a cop when I needed it most saved my life and that moment has never left me.

“What police do makes a difference … those brief encounters, well, they stay with you for the whole of your life.

“It brings me to tears, joyful and grateful tears. I’ve been blessed with having such a fantastic life.”

Chris called Police and left a message that he wanted to contact Dylan. Dylan phoned him back and they chatted, and plan to meet in person next time Chris is in the area.

The conversation has caused Dylan to reflect. “As police officers we tend not to get a great deal of positive feedback for what we do. Talking with Chris reinforces the fact that every contact we have counts and is important.

“This really shows how relevant Our Business is when it talks about bringing humanity to every interaction.”

This is a kaupapa Dylan lives through his roles in Police - not least in his roles as Supported Resolutions Coordinator for Te Pae Oranga iwi community panels in Northland, and as a member of the district’s Police Negotiation Team.

He reiterates it’s OK to reach out when things aren’t going well. “You’re not weak but showing strength. Sometimes you can’t see there is another way out. But there is.”

WHERE TO GET HELP

If you’re doing it tough, or you know someone who is, help is available. Call one of the numbers below…