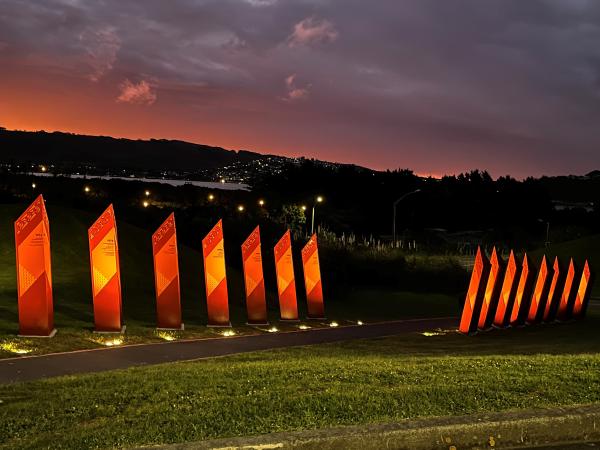 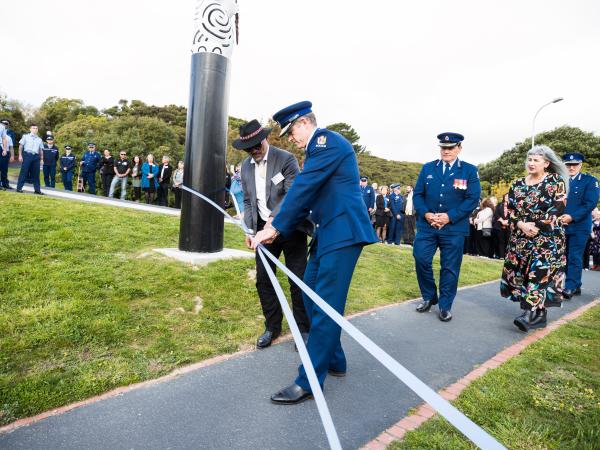 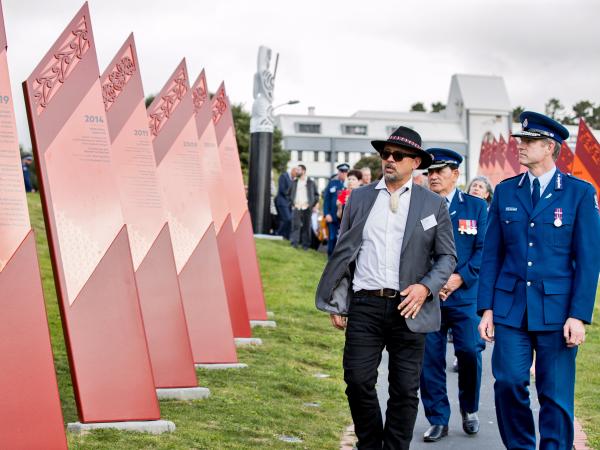 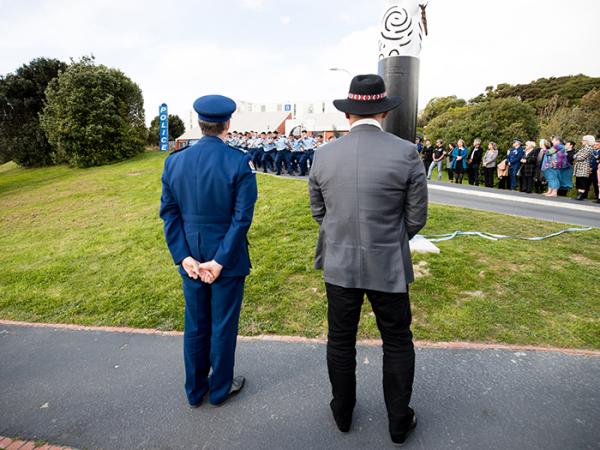 Home > News > Ten One Magazine > A beacon to bravery

He Toa Taumata Rau (The Place of Many Brave Deeds) tells the stories of operations and events where royally warranted bravery honours have been awarded to members of Police and the public.

The permanent outdoor tribute was opened on 18 October by Commissioner of Police Andrew Coster, to honour the outstanding courage and achievements of police staff.

It takes the form of an outside walkway of decorated pou - co-designed with Ngāti Toa Rangatira - along a path in The Royal New Zealand Police College’s lower grounds, below the New Zealand Police Museum and within sight of the public road. 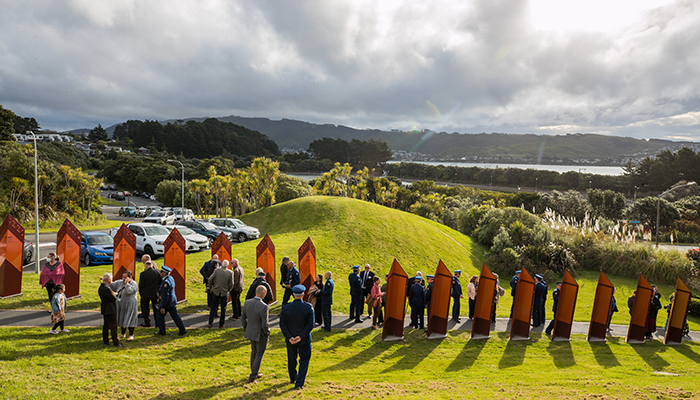 Speaking at the official opening, Commissioner Coster said: “Never, that I am aware of, have we had so many people together like this who are all so closely bound by acts of bravery and courage which, in some cases, resulted in the ultimate sacrifice of lives being lost or taken."

He Toa Taumata Rau is a vehicle to tell the important stories of operations and events that have led to the award of royally warranted bravery honours.

New Zealand Police Museum Director Rowan Carroll said: “It’s proudly publicly accessible and a way to showcase the bravery, integrity and professionalism of our people and illustrate how we’re delivering the service the public expect and deserve.

"We celebrate our staff and their achievements, and this is a very visible sign of how we value and respect our people and their mahi.”

The pou stand 2.5m tall on a concrete base and follow a chronological order of the events, with the most recent at the lower end of the path.

Previous
Good as gold!
Next
Training to save lives