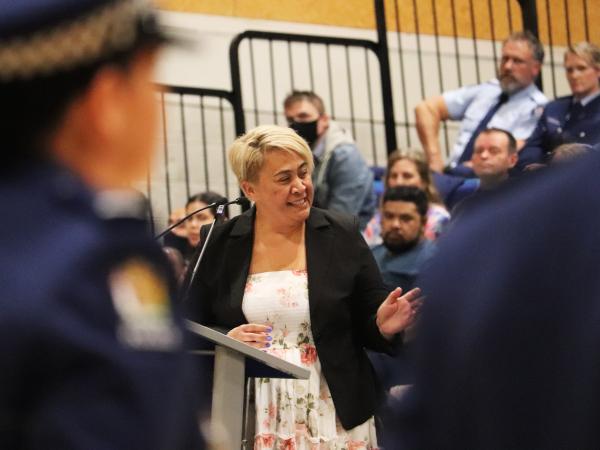 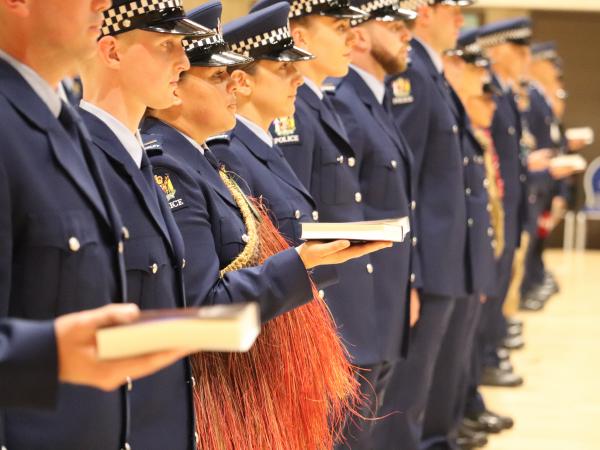 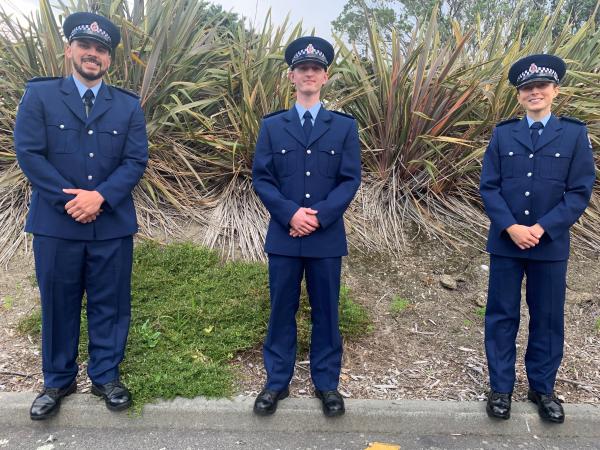 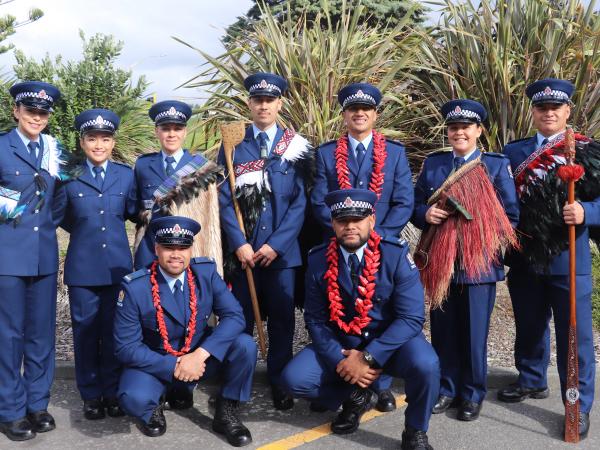 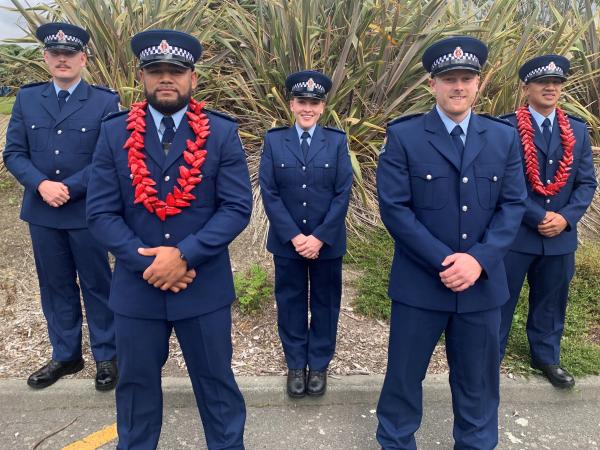 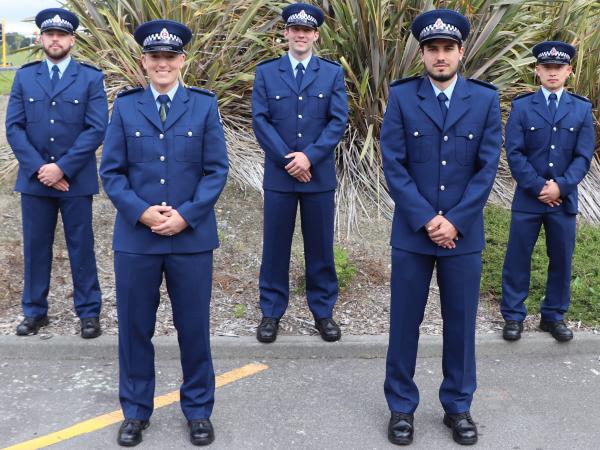 ​They were the best-ever recruit wing, they said, with the best-ever patron. Fair to say positivity was not in short supply at the Wing 353 graduation last week.

The wing’s 16 weeks at the Royal New Zealand Police College (RNZPC) spanned the Omicron spike, and tribute was paid to the way members supported each other as illness flared.

We stayed positive, observed Leadership Award winner Constable Isaac Tamapeau as he addressed the gathering. COVID-positive for a time, he added, but we made it.

The 71 constables graduated in front of hundreds of wellwishers and dignitaries including Minister of Police Poto Williams, Commissioner Andrew Coster, other senior Police leaders and representatives of Ngāti Toa Rangatira.

The event had a very different look to usual, with a switch of venue from the RNZPC gym to Te Rauparaha Arena in Porirua. After a string of graduations held under COVID restrictions, the larger venue was perfect for a sizeable, vocal and super-proud audience who were all out to cheer their people.

Chief among the cheerleaders was Patron Lil Anderson, Tumu Whakarae/CEO of the Office of Māori Crown Affairs – Te Arawhiti

“It is my honour to greet you all as the proudest patron of the best wing in the world - Wing 353,” she said.

“It’s great to see you all here today - especially these amazing whānau who have travelled to celebrate the awesomeness that is this amazing group of people.”

She said she loved hanging out with the wing members, and had come to admire them as individuals, as sections and as a group.

“It has been my role to offer advice, support and a few laughs along the way... I’m like that cool auntie.”

Responding on behalf of the wing with a mixture of dry wit and high aspiration, Isaac thanked Auntie Lil “who has inspired us to be the best we can and fight for what matters most”.

He said all members wanted to be agents of change. “We are now leaders in our communities. We are role models – some of us think we are runway models; we are heroes, we are the light at the end of the tunnel.

“If we want change in our communities, we must accept all the responsibility and weight that comes along with this. We must be tempered, we must be controlled and, above all else, we must remember to love.”

Large though the arena was, the haka that ended the ceremony still managed to raise the rafters another notch and inspired a succession of passionate responses from audience members.

Prominent in the haka was Constable Tui Baker, who was a teacher for 12 years in Kaitaia. She’s fluent in te reo Māori and has competed at two Matatini kapa haka competitions with Muriwhenua Kapa Haka roopu. "I believe haka is an important part of wellbeing and connection to te ao Māori,” she says.

“I’m an active member of my marae, hapu and iwi… I want to serve and influence change in my community from a different perspective and lens.”

He has worked as a cultural capabilities facilitator, delivering te reo and local history, and says through his mahi he has found he shares Police’s core values.

“It has been my lifetime goal to become a police officer. I believe communities have better outcomes when local people hold positions within the Police.”

“As a kid growing up in South Auckland, becoming a police officer was always a dream for me and I have always been passionate about positive change and being a great role model to my family.”

“As I’m heading towards the end of my cricket career - at international level at least - I jumped at the opportunity to pursue a career in policing,” says Holly, a medium pace bowler.

Top of Wing was Constable Jordan Broderick, whose path to Police included a degree in criminology and placements in restorative justice and the courts. He says when deciding on his career path, policing stood out.

“Every day is different and dynamic and I want to be part of a close-knit team who are not just colleagues, but whānau.”

Precious whānau time for, from left: Constables Nicodemus Basabas, as parents Mary and Orlando help him with his new epaulettes; Jarreau Wihongi and son Koa; and Ryan Tua and his support crew.

Constable Tracey Tran is one of only three police officers of Vietnamese descent in New Zealand – and she had her first translating job as a police officer on graduation day. She worked in police comms for more than two years before applying for college.

She designed the sleeve tattoo which adorns her left arm – and was delighted by Police’s tattoo-based 2019 recruitment campaign The Ink Beneath the Blue. ‘It was even more of a sign that I needed to join,” she says.

“I hope to encourage and inspire others out there - especially ethnic women - to be proud of who they are and not be afraid to express themselves. It’s a good quality to bring into the blue family and I’m so excited for the journey ahead.”

Cool Auntie Lil would be proud.

The new constables will start their district postings on Monday 16 May. They are posted to:

Previous
Quacking down on compliance
Next
Gold! SAR squads acknowledged