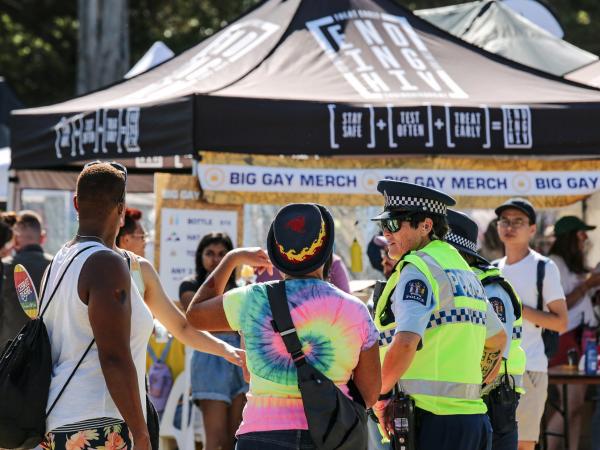 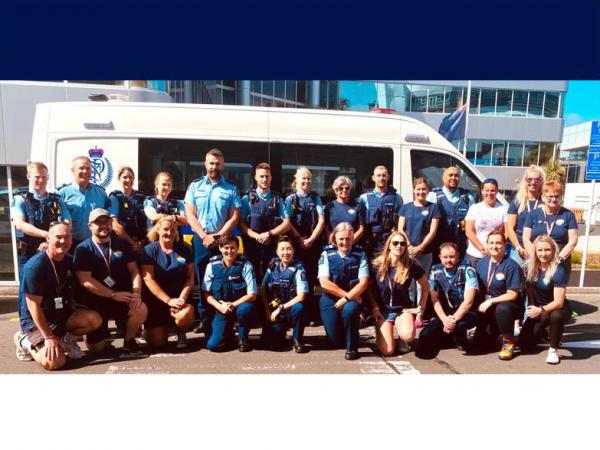 Police staff were visible and highly engaged when Auckland’s Rainbow community partied at the Big Gay Out last weekend (9 February).

The event in Coyle Park, Pt Chevalier, was a whānau-friendly event run by the New Zealand AIDS Foundation to celebrate New Zealand’s diverse LGBTIQ community, its supporters and friends.

Acting Inspector Mark Clayton, Manager of Youth and Community for Auckland City – and officer in charge of the policing operation - was very pleased with the behaviour of the crowds.

“We were extremely pleased with how the day ran,” he says. “The event was a very relaxed and fun afternoon with many whānau-friendly acts performing on the main stage.

“We had our Police operational staff as well as Diversity Liaison Officers (DLOs) who came from all over the country to support the event.

"People took our advice and used event transport rather than bringing their own vehicles, and also came prepared with water bottles and sun shade which is great."

The festival has been run annually since 2000, making this year the 21st Big Gay Out.

“We certainly enjoyed our engagement with the LGBTIQ community and friends and we were thrilled with the crowd behaviour and positivity of everyone,” says Mark. “There were no arrests or incidents of note.”