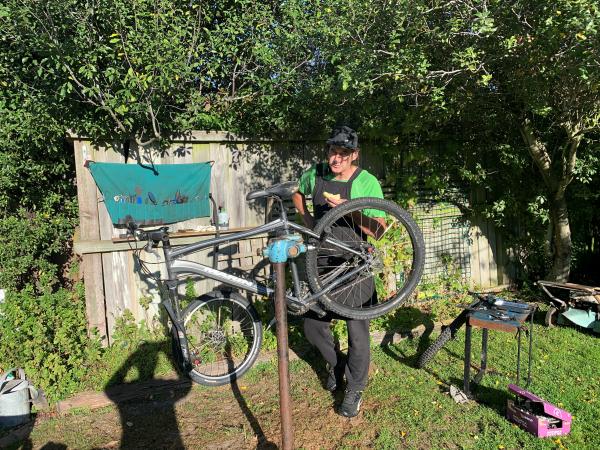 Home > News > Ten One Magazine > Bike returned thanks to 529 Garage

​Just three weeks after the free 529 Garage bike registration service was launched by Canterbury Police and Christchurch City Council, a bike flagged as stolen was reunited with its owner.

When Mark’s bike was stolen from the bike shed at his apartment building in Central Christchurch in February, he didn’t expect to see it again.

To his surprise, soon after it was stolen he spotted it in a nearby property. Mark called Police who visited the address, but the bike had already been moved on.

He’d seen something about 529 Garage in the media, so he registered his bike and flagged it as stolen. Unfortunately, he didn’t have the serial number.

Meanwhile, Constable Olivia Bensley, one of the Police administrators for 529 Garage, was investigating another matter when she saw Mark’s bike.

“Without the serial number it would have been almost impossible to identify. Coincidentally, I’d seen his bike on 529 Garage when I was trying to identify a different bike. It was pure chance that I recognised it when I saw it at the address.”

Although a few parts had been switched out, there was a recognisable scratch on the frame that Mark says happened when he came off in the Port Hills while mountain biking.

Olivia asked Dave from RAD Bikes, a community bike workshop, to give the bike a spruce up, then arranged for Mark to visit Christchurch Central Police station to collect it.

“Registering my bike on 529 Garage was easy but I didn’t really expect to see it again," says Mark. "I prefer biking to driving a car, unless it’s raining, so I’m thrilled to have it back.”

Since its launch on 12 April, over 1500 bikes have been registered on 529 Garage. To find out more and to register your bike, click here.

Previous
Aerial awesomeness
Next
A great tool for SAR