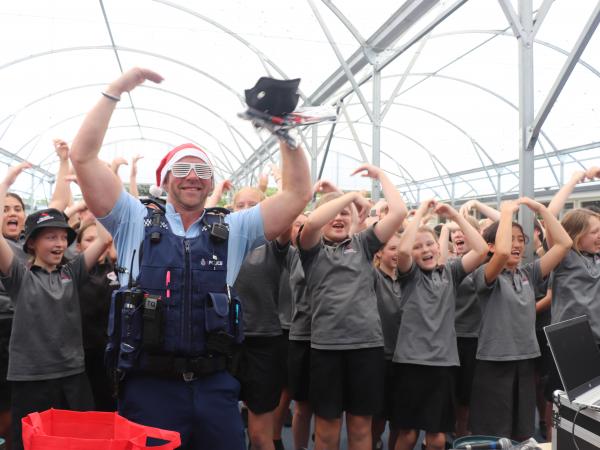 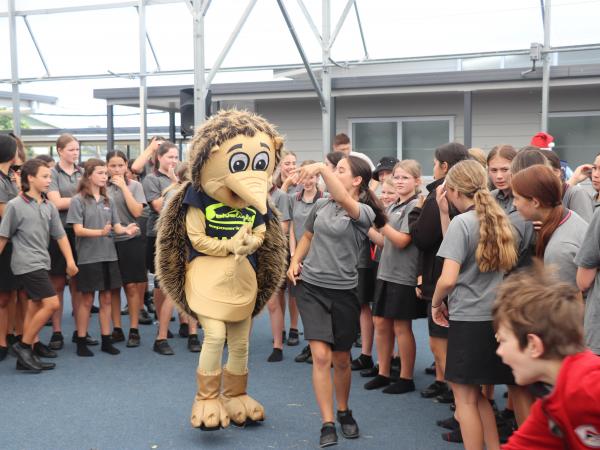 ​Feilding Blue Light has been helping primary and intermediate school students end the year on a high note with lunchtime pop-up discos.

The initiative has been running since 2020 and the local Bunnings, Warehouse, and Carousel Confectionary provide prizes and lollies for the discos.

Allan says the pop-up disco idea came about from the Blue Light school discos that are run after school hours.

“Our first go at pop-up discos was at our local skatepark with our then Youth Aid Officer John Samuela and I setting up the sound system and hanging out with the rangatahi," says Allan.

“We then decided to bring them to schools over the lunch break and have a chance to interact with tamariki and rangatahi who don’t attend the traditional ones. 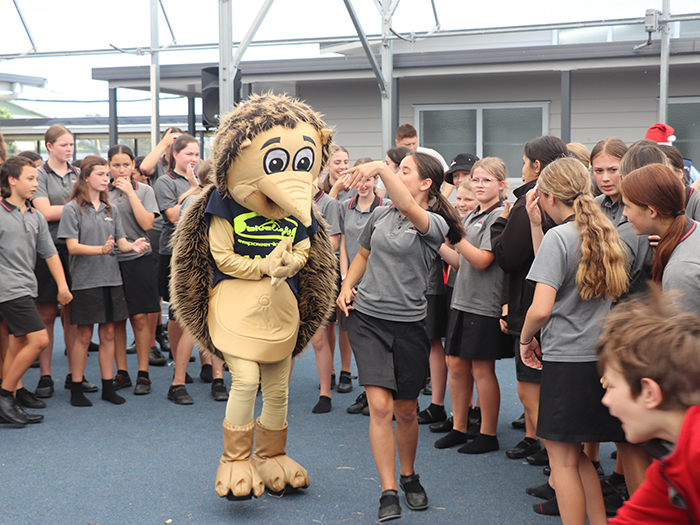 Blue Light mascot Harry the Hedgehog (Māori Warden Sharnee Miller) gets down to the beat with a Feilding Intermediate School student.

“Thinking outside the box to engage with youth in our community has really helped build connections and reassures them that we are here to help.

“While these discos are only an hour long, they have such a strong impact on a large volume of rangatahi. It’s important to invest time into this because it's invaluable having the connection with our youth - it’s one of the many things I love about my job.”

The discos are not onerous to organise, and setup and pack down takes less than an hour. The underlying messages are community togetherness, kindness, and that police officers are here to help and are approachable.

"It’s great to partner with local businesses and groups on this,” says Allan

"The Warehouse experience theft by local youth but these discos put a human face to the people who work there and they have found that being involved has created positive engagement, which is awesome."

Feedback from both students and teachers has also been overwhelmingly positive.

“They think it's fantastic that we can find time to be part of their school community and build relationships with students and teachers,” says Allan.

“To give some examples, at one of the last discos we ran, a teacher brought over a boy who was crying because he was afraid of Police.

“I spent some time with him before the disco started and talked with him about how we are here to have some fun and we are going to be dancing. He was then full of smiles and we shared some lollies and he had a good time.

“Another student approached me at a disco, and I had come to know her through her brothers who we have dealt with.

“Each time she has seen me, it has been at her house dealing with her brothers but the disco has given her an opportunity to view Police in a different light.

"She spent the whole time talking with me about her struggles while we were packing up, and for her to open up with me about this and have this connection is massive.

“I think it’s evident from the photos that the youth have heaps of fun – they always ask us when we are coming back."

Previous
Fond farewell for 'The Chief'
Next
WATCH: Ticking off the bucket list