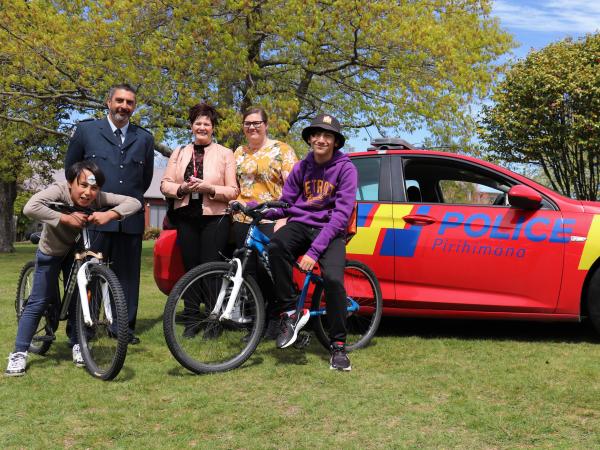 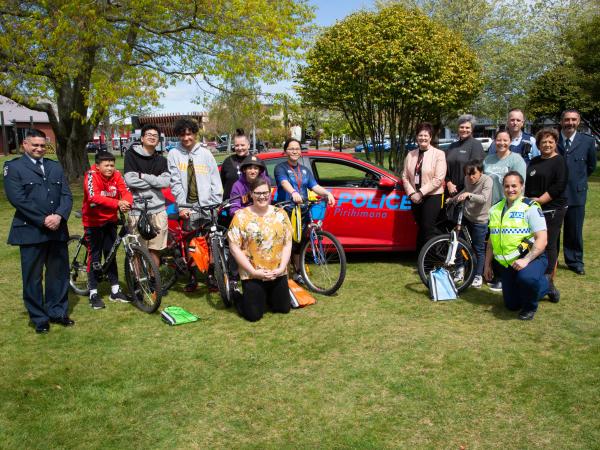 When a young boy turned up at Rotorua Police station to hand in a stolen bike he’d naively swapped for his own, Constable Christie Gordon wanted to do something to reward his honesty.

She went to The Warehouse and bought him a bike using her own money - but it prompted a discussion with her mum Kim Smith, Manager Interventions, Programmes and Employment for Corrections. From there spiraled a joint initiative between the two organisations which has seen refurbished bikes gifted to young people in Rotorua and surrounding areas.

For the past three years, old bikes left with police or donated by members of the community are stripped, serviced and spruced up by men in Waikeria Prison for police to distribute to at-risk youth and families in need.

Kaingaroa Forest School is the latest recipient of the bikes, with a group of pupils and Principal Marylouise Macpherson-Hall picking them up from Rotorua Police Station last week.

Marylouise says the students are absolutely thrilled to receive the bikes and she expects they will be well used.

“Bikes are something that aren’t readily available to a lot of our rangatahi outside of school - receiving these really means a lot to them,” she says.

With two of their bikes stolen during lockdown, the five new bikes will shorten the waiting time for the lines of kids who use them daily.

Not only do the bikes allow rangatahi to burn off excess energy, Marylouise says, using the bike also helps build social connections, like teaching kids to wait their turn.

“We are very thankful to all those involved in the initiative who have supported our school.”

Waikeria Prison Industries Manager Rawiri White says the bikes are an excellent way for people in prison to make a meaningful contribution to the community, while learning valuable skills for future employment.

“Initiatives like this help set people in prison on a path to reintegration back into the community upon release," says Rawiri.

“The men involved really connected with the initiative – knowing what they’re doing is something positive for the community.”

Previous
Saved from the flames
Next
Our dynamic duos