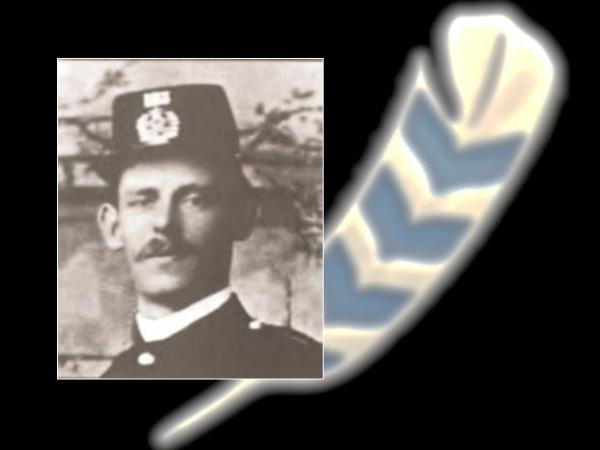 Today we remember our fallen colleague Constable John Doyle on the 107th anniversary of his death in the course of duty.

Constable Doyle, aged 35, was called to the Albion Hotel, Shannon, on the night of Saturday 1 February 1913 to deal with a pair of vagrants who had sneaked into the hotel's stable to bed down for the night despite having earlier been ejected by the landlord.

As Constable Doyle escorted the men out, one assaulted him and continued punching and kicking him as he lay on the ground. Passers-by pulled the attacker away and carried the constable - with facial injuries and a suspected broken leg - into the hotel, where the landlord sat up with him all night administering medicinal whisky.

The following day a chemist was called - and recommended more whisky - but Constable Doyle's condition deteriorated and it was decided he should go to hospital. He was put on a train for Palmerston North, where he was admitted to hospital and his injuries were treated. However he was also complaining of a pain in his chest and he died in hospital on 5 February.

Doctors said Constable Doyle was in poor physical condition and appeared to have a weak heart. A jury decided his death was caused by injuries received in the course of duty.

His assailant was found guilty of causing grievous bodily harm and sentenced to 18 months' imprisonment.