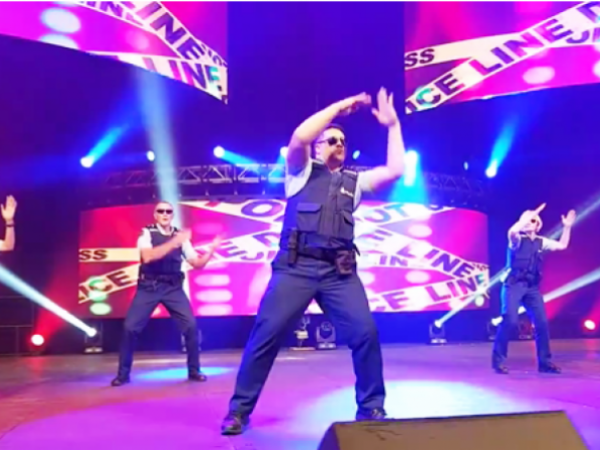 Christchurch’s dancing cops brought the house down at the city’s Diwali celebrations last weekend – and their Bollywood-style moves have even reached the attention of media in India.

Four officers took the stage in a dance-off at Horncastle Arena, to the delight of the thousands of revellers.

A video posted online by Newstalk ZB presenter Chris Lynch was quickly shared by Kiwi-Indian social media sites – and by this morning even New Delhi TV, in the Indian capital, was praising our fantastic foursome.

They “were oozing tonnes of swag”, NDTV reported, and were “guilty of being seriously good”. By today the posts had received more than 1.25 million views.

Hirone – District manager for Māori, Pacific and Ethnic Services – ranks the experience as one of the more challenging of his career.

“I forgot to breathe for the first 45 seconds and needed to sort that out,” he says. “But it was brilliant. It was nerve-racking but the anticipation of getting up there was worse than actually getting up there.”

The dancers were trained by Shawn Thomas, who runs a Bollywood dance school in Christchurch. In the dance-off they were pitted against Shawn and some of his students.

They made their first appearance at last year’s Diwali event, and have already been asked to take part again next year.

Hirone says with their shades and their swagger they were consciously copying the style of police in Bollywood films. However, there was also a serious intent.

“The whole idea is to give the message to our Indian community and people who want to visit us that our police are accessible and part of the community. There was a method to our madness.”

Click here to see the NDTV report and video.