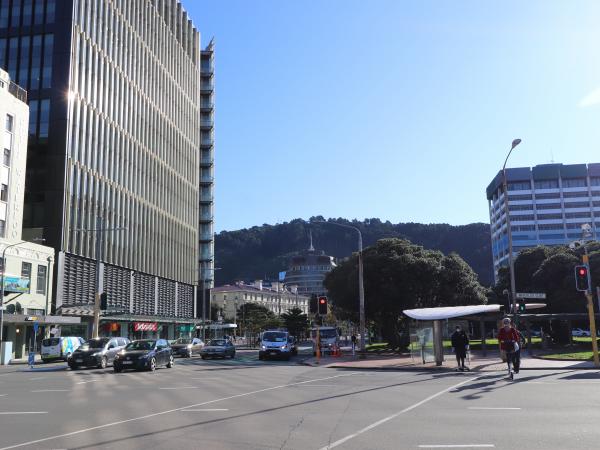 They may have been nearly 200km apart, but two officers teamed up to get a vulnerable teenager off the streets and out of harm’s way.

Constable Clarke Nepia was driving in central Wellington when she was flagged down by the youth, who was stranded far from home and was considering committing an offence to get somewhere to sleep.

The 19-year-old gave her the name of Senior Constable Wayne Churchouse, the Youth Aid officer who had helped him in previous years.

Wayne was able to fill Clarke in on some background about the young man - which included offending, learning difficulties, and a lack of family support - and then send her ID documents so she could get him into a hostel for the night.

Clarke says the man had flown into Wellington with the intention of travelling on to his former home town in the Tararua District, but was unprepared for the journey he was undertaking, with no ID, phone or cash on him. He seemed lost and confused when they met in Bunny Street, near the railway station.

“His girlfriend was supposed to meet him at the airport but hadn’t shown,” she says. “He’d made his way to the station but had missed the last train to Palmerston North.”

She rang round emergency accommodation providers but no beds were available.

To get him off the street with night falling, Clarke decided to pay for a night’s accommodation at a nearby backpackers, which she achieved with the help of the documents from Wayne.

She left the young man, after around two hours, safely off the street and with a meal from the nearby Maccas.

“With some people you think you could leave them on the street and they would be all right,” says Clarke. “But this lad was going to be cold and hungry and told me he would have ended up stealing a car or something.

“I was prepared to contribute $20 to keep him safe and prevent him from committing an offence.”

She says the episode showed the degree of trust Wayne had built. “If it wasn’t for the way Wayne treated him when he was younger he wouldn’t have seen police as someone he could turn to for help.”

Wayne says he worked with the young man from his early teenage years and had last seen him previously around a year ago. “He had a shocking upbringing,” he says.

“Sometimes in their time of need, even though you’re prosecuting them, they realise the Youth Aid officer is the only person in their lives who cares about them.”

As well as dealing with the offending, there were also hunting and kayaking trips. “Get them into the outdoors and they just change – it’s great.

“It took me a while to build up trust with him but I’m quite proud of him. For him to flag down a police car shows he’s got a lot of trust in Police.”

Wayne praised Clarke’s empathetic approach, which he says undoubtedly prevented offending. “If it was my kid down there I’d want somebody to help them out.”

The young man finished his journey the following day. “He came past our office – I was working nights – and called out my name,” says Wayne. “I went out and he saw me and he was just jumping for joy.

“He was so delighted to catch up – it was just great.”