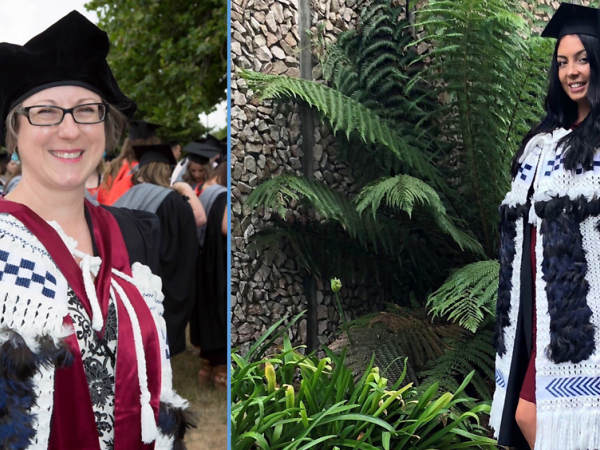 Two Police employees who graduated from the University of Canterbury had the extra honour of being able to wear the Canterbury District Police taonga.

“The kākahu was woven for the position of the District Commander and its use is bestowed accordingly,” says Hirone.

“District Commander Superintendent John Price believes our employees who obtain degrees and doctorates and graduate should be able to represent the Canterbury Police and have the honour of wearing the kākahu.

“Shay and Sonia-Ingrid were as honoured to wear the taonga as the District is proud of them.”