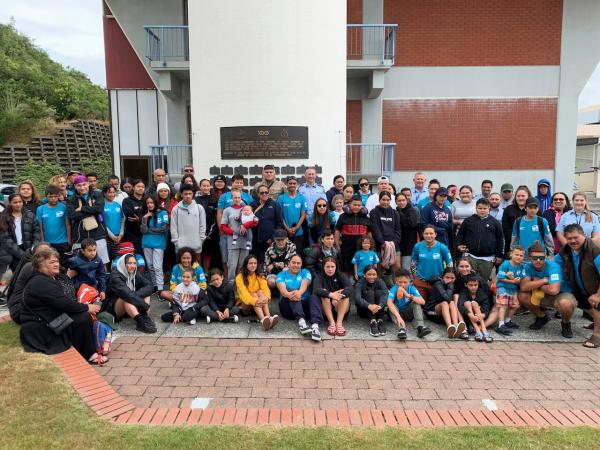 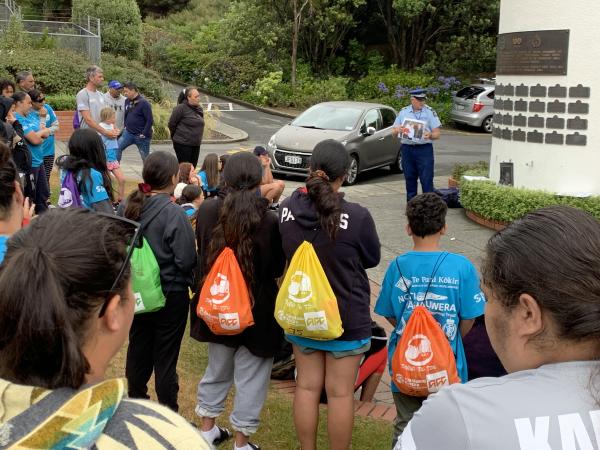 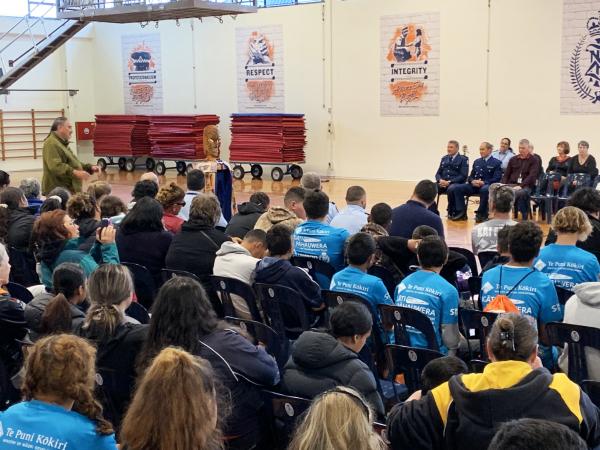 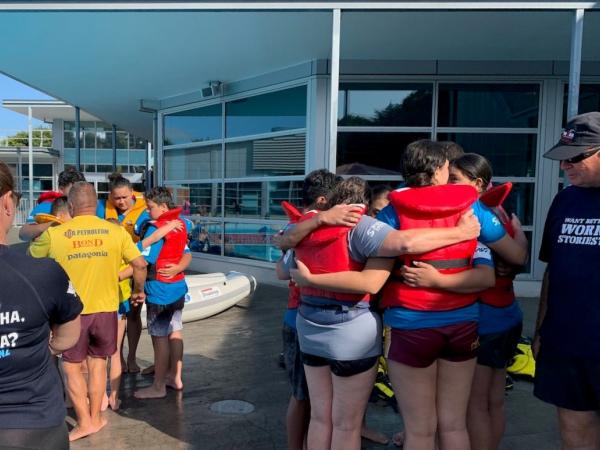 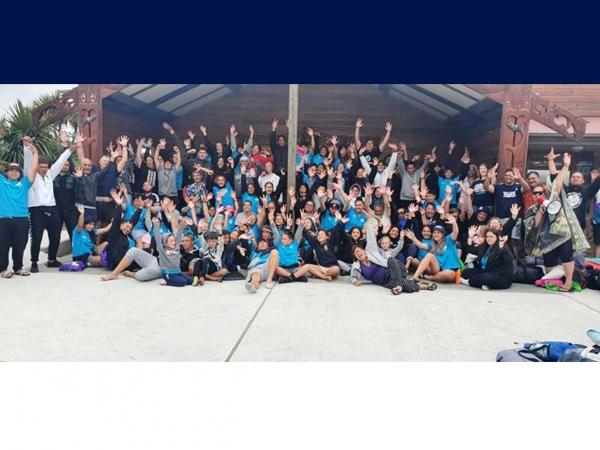 Last month a group of 110, mainly rangatahi (young people), embarked on a 10-day journey from Hawke’s Bay to Puketeraki Marae at Karitane, near Dunedin.

Police enjoys a strong bond with the Hawke’s Bay-based Te Taitimu Trust, a non-profit organisation that aims to engage with youth, motivating and supporting them to become leaders of the future.

The relationship flourished throughout the 10-day Hīkoi of Hope as Eastern District Police staff joined the group for the Big Camp, which was three years in the making.

“The kaupapa was to improve wellness, grow relationships, leadership, resilience and opportunities for the rangitahi and tamariki,” says Sergeant Greg Macklow.

The group travelled on 13 January to the Royal New Zealand Police College (RNZPC), where Greg paid tribute to officers remembered at the Memorial Wall, including friends Glenn McKibbin and Leonard (Len) Snee of Hawke’s Bay.

“By sharing personal anecdotes and memories we humanise Police,” he says.

“Those represented on the Remembrance Wall were sons, partners, fathers and brothers - ordinary people doing an extraordinary job.

“The visit deepened the understanding that police are kaitiaki, with a desire to help.”

Commissioner Mike Bush spoke on the importance of Police’s commitment to Māori and the relationship with the Te Taitimu Trust before fielding questions.

“An overarching theme of the visit was the commitment Police have to Māori,” says Greg.

“A number of the group are now looking at Police as a viable career option - in some cases this would be a major shift given their whānau’s previous affiliations.”

After leaving the RNZPC, the group stayed in Porirua before catching the ferry to the South Island the following day.

In the south they engaged in water safety activities – a regular theme over the years, with Police staff helping run workshops with Water Safety NZ and ACC. The mantra ‘Kia Maanu, Kia Ora’ (stay afloat, stay alive) represents both water safety and general resilience to cope with life’s challenges.

Police staff have helped run workshops with Water Safety NZ and ACC, and on the hīkoi this focus culminated in a snorkelling session with Dive Otago.

“The magic happened over the 10 days of the hīkoi,” says Greg.

“Relationships formed and the kaupapa evolved through living together in close proximity on marae and soaking in Māoritanga.

“A constant highlight was the smiles on the faces and the aroha.

"They come from diverse backgrounds and it was heartening to see the good behaviours and values, along with a lot of self-policing going on within the group.”

They visited Otago University to explore the opportunities available within higher education. Constable Karl Hewitt, a former student, was an ideal guide and role model.

Greg says the trip provided an opportunity to breakdown the social barriers of everyday life, particularly after recent events in Hawke’s Bay.

“Due to the ‘no gang references’ tikanga within camps and workshops, they were free to engage with others more personally,” he says.

“Some of the magic was unexpected; one young man, from a Mongrel Mob-affiliated home, said ‘Who would have ever thought I’d be friends with my bro here, who is Black Power?’

“It was wonderful to hear how the rangitahi have been able to move beyond the unnecessary conflict created by gang culture.”

The Trust was founded in 2007, with a primary focus on suicide prevention. TTT founder Zack Makoare described this year’s Big Camp as the best ever, says Greg.

“Many thanks to our hosts Ngāi Tahu for their manaakitanga,” he says.