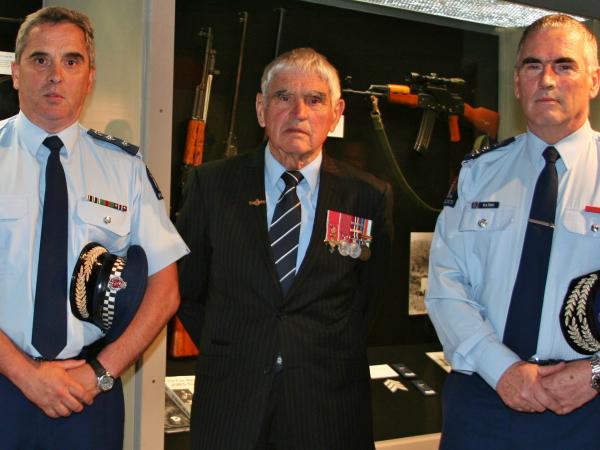 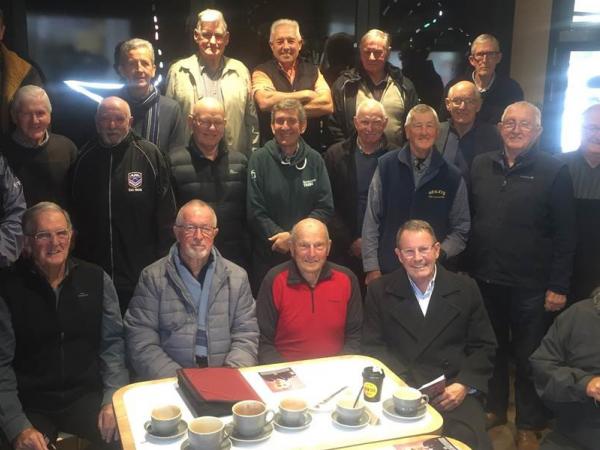 Commissioner Mike Bush – a young detective under Graham’s command early in his career - was among mourners at the requiem mass in Wellington, along with serving Police staff and many retired former colleagues.

Graham – full name Edward Graham Perry, known to many as EGP - joined Police in November 1954 after serving in the Royal New Zealand Navy, during which time he became a boxing champion.

He was stationed variously in Auckland, Dunedin, Wellington and Christchurch. He rose through CIB ranks to Detective Superintendent, became Auckland City District Commander in 1979 as a Chief Superintendent, and in 1984 was appointed Deputy Assistant Commissioner. He retired in 1985.

He was a pioneering member and commander of Auckland AOS and is credited with firing the first operational AOS shot when, in 1969, he fired through the window of a Whangarei house and shot the rifle out of the hands of a man who was threatening a baby.

He then entered the house with two colleagues and tackled the gunman. In the struggle he had a shotgun shoved into his throat but the gunman was overpowered without further injury. Graham was awarded the George Medal for bravery.

Questions were asked about an AOS commander putting himself in the firing line but, it was said at his funeral, he was a leader who led from the front.

“In the debrief afterwards [then-Senior Sergeant] Mick Huggard said to me that we’d all walk over broken glass for Graham,” said retired Superintendent Maurie Cummings, a long-time friend and colleague, giving the eulogy. “He was that sort of leader.”

Though Graham had a reputation for being tough and uncompromising, he was also known to bring home people who were down on their luck and needed a decent meal or a bed for the night.

Among the messages of condolence was one from former Minister of Police John Banks, who Graham and Maurie had helped out when he was an impoverished teenager whose parents had been arrested.

“Graham had a high set of standards,” said Maurie. “He was firm but fair. He was not one to criticise, but instead taught people how to do better. Courteous, considerate, he led from the front and was confident and incisive in his decision-making.”

Nick and Simon, two of Graham’s four sons, followed him into Police. Nick, a former Assistant Commissioner, and Simon, a former Inspector, both addressed the funeral. Growing up in the Perry household was never boring, remembered Nick.

The oldest of Graham’s 12 grandchildren, another Simon, recalled being “slightly in awe of grandad”, but spoke of his pride on seeing a TV documentary on heroes, which included an interview with Graham and an account of the Whangarei event.

Commissioner Bush says Graham was a legendary leader and a great role model for himself and others starting out in CIB in Auckland.

“He was as tough as teak but always made time to say a few words to his detective constables,” he says.

Graham was awarded an OBE in the 1986 New Year Honours. After retiring from Police he worked for Telecom Security, and on an Australian-New Zealand team mentoring police in Papua New Guinea

He died at Winara Hospital, Waikanae, on 27 July.

Kua hinga he totara i te wao nui a Tane.