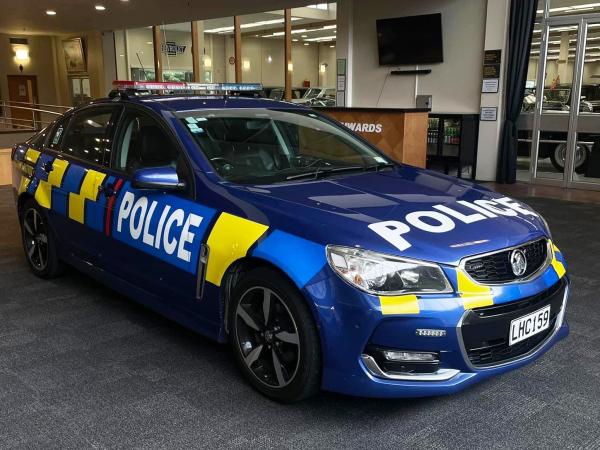 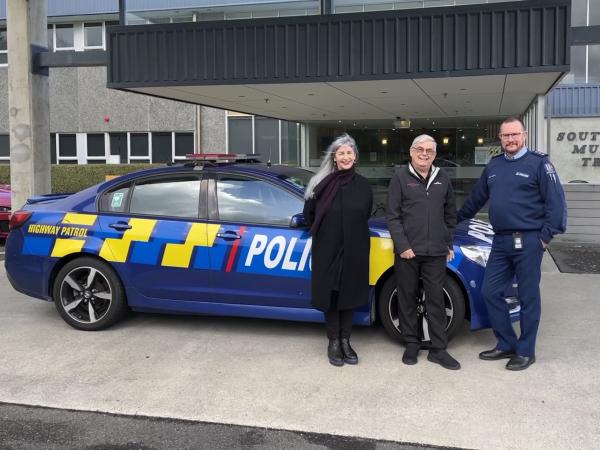 Home > News > Ten One Magazine > Holden on to the end

​As Police’s Holdens drive into history, four of our patrol cars will keep a public-facing role – as museum exhibits.

The Fleet Service Group has teamed up with the New Zealand Police Museum to arrange for four Holden Commodore SV6 Highway Patrol vehicles at the end of their working lives to be retired to museums in Taranaki, Kāpiti, Dunedin and Wānaka.

Fleet Manager Inspector Brian Yanko says the pending ‘end of an era’ for the iconic Holdens has created a flurry of interest, with higher-than-normal prices reached when our decommissioned cars have gone to auction.

The bell tolled for Police Holdens in 2020 when General Motors announced it was withdrawing from the right-hand-drive market, spelling the end for Holden production in Australia.

Brian says he was contacted by a museum sounding out the possibility of acquiring one of Police’s retired Aussie-built Commodores soon after taking up the Fleet Manager role in 2020.

“This got me thinking that there would be many past and serving police officers who in the future would definitely love the ability to show younger family members and friends the patrol vehicles they used to drive,” he says.

“Public interest in the Aussie-built Commodores has always remained high. This will become especially relevant once none of the older vehicles are on the road.”

The first of the vehicles is now at the Southward Car Museum at Paraparaumu, on the Kāpiti Coast. The next is due to go to the Hillsborough Car Museum in New Plymouth this weekend, to join a unique collection of Holden cars and memorabilia. 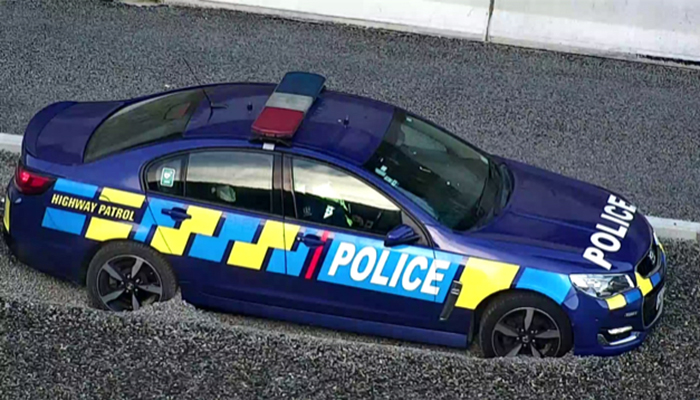 A previous public appearance for the Southward Holden, in the gravel of the Transmission Gully escape lane.

The Southward vehicle has already been something of a public exhibit, having received media attention after getting stuck in the emergency lane shortly after the opening of the Transmission Gully motorway in March.

It was cleaned up and returned to service after that incident but came up for its scheduled retirement in May.

Brian says museums have expressed particular interest in acquiring one of the coloured patrol cars, first introduced in a pilot in 2013.

“The idea is to have the vehicles look like they’ve just driven in from their last patrol – battle scars and all,” he says. “We’ll even mock up the police radio and radar unit to ensure they look like they did on the road.”

Police Museum Director Rowan Carroll has been liaising with the museums, ensuring the paperwork is completed and a Deed of Gift is ready for signing at handover.

She says an important condition is that the vehicles are handed back to Police for decommissioning and disposal if the museum no longer requires them.

Steve and Joy Fabish, owners of the Hillsborough museum, were the first to enquire about acquiring a car.

“It will be of huge interest to our visitors, who will enjoy being able to get up close and personal with a patrol vehicle without receiving a ticket,” says Steve.

The other cars are going to Toitū Museum, Dunedin, and the National Transport and Toy Museum in Wānaka.

On the trailer and ready to go - the Taranaki-bound Holden.