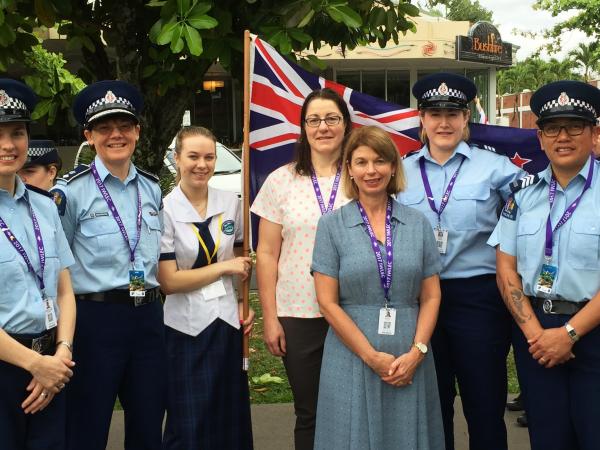 Superintendent Karyn Malthus acknowledged her team as she received an international award to recognise her leadership during one of Police’s most challenging episodes of recent years.

Karyn, Auckland City District Commander, was head of Operation Clover, the review into police handling of the so-called ‘Roastbusters’ case in which teenage boys boasted about having sex with drunken under-age girls.

She was last night honoured with the award for Most Outstanding Female Investigator by the Australasian Council of Women and Policing (ACWAP) in its 2017 Awards for Excellence in Policing.

The citation read: “Her leadership has helped to restore the trust and confidence of New Zealand Police with a vulnerable community.” It also noted her “outstanding leadership for women” in Police.

Karyn says though the award is focused on her, it is acknowledgement of a large team effort.

“This investigation was a very challenging one for all involved,” she says. “There was a sizeable team brought together to do the review and investigation. This award is recognition of that team effort.”

She says she is particularly pleased to be recognised at a conference focused on women’s contribution to policing.

“To recognise the efforts of women in policing and investigation, in Australasia and internationally, is a very empowering thing for other women.”

The awards were made during the 2017 International Women & Law Enforcement Conference in Cairns.

Karyn’s award was shared with Detective Sergeant Virginia Gray, of Queensland, who was honoured for her dedication to an investigation which led to convictions in a historic rape-murder case.