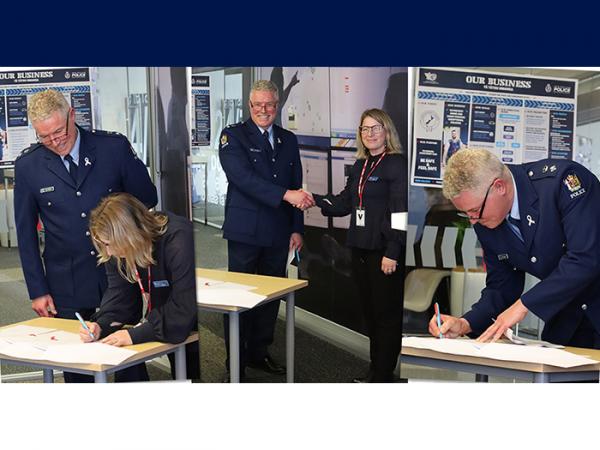 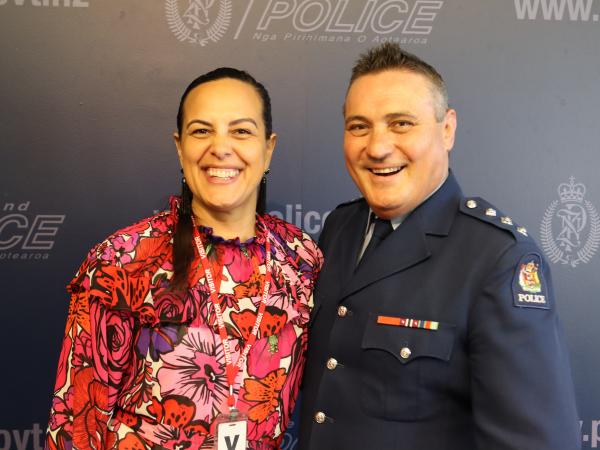 ‘Hope’ is not something you can clip on your belt, but it’s a vital tool in a relationship which aims to prevent and reduce the impact of family harm.

Te Hāhi is a faith-based organisation which works with Police to support victims of family harm and Police staff who respond to incidents. ‘Te Hāhi’ is Māori for ‘the Church’.

The approach began in Tairāwhiti in 2016, then Rotorua; has more recently reached Hawke’s Bay and Kapiti; and a national-level agreement with Police has been signed to bring clarity to the scope and aims of the relationship.

“Te Hāhi’s approach whakapapas back centuries to the mahi of the church and its role in shepherding, protecting, tending to the needy, strengthening the weak, making provision, shielding, refreshing, restoring and leading by example,” he said.

“Te Hāhi provides pastoral care and direct support to whānau who are victims of family harm and supports Police staff who respond to these incidents.”

On referral from Police where risk is low, trained and vetted Te Hāhi volunteers visit whānau after an incident. This is in addition to family violence specialist support. 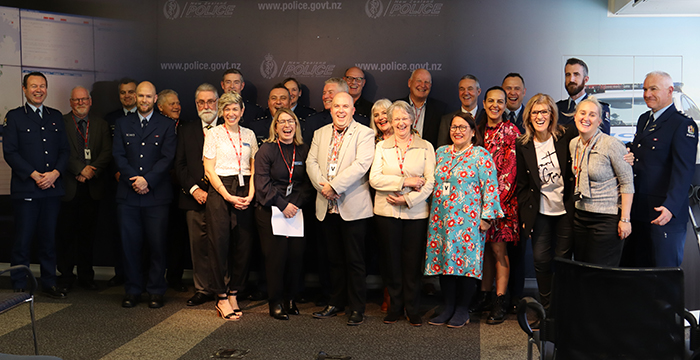 Police and Te Hāhi representatives at the signing ceremony.

Te Hāhi supports whānau with kai, or practical help around the home, or simply by providing a listening ear. They do not seek to recruit into churches but offer support and karakia, if requested. They also offer support and encouragement to Police staff.

Each location is a collaboration of volunteers from local churches, managed by a local governance team and with a local champion.

Te Hāhi CEO Teri Walker said the organisation provided a structure within which churches could support Police, motivated by a vision of transforming communities with hope.

“There are a growing number of stories where Te Hāhi volunteers have conducted a visit and that‘s the very word we hear – ‘Thank you for coming, you’ve given me hope’,” she said.

People coming into contact with Te Hāhi “won’t be judged, they’ll be safe and they’ll be treated with kindness, generosity and grace”.

Teri said it was a privilege to stand alongside Police. “We have glimpsed the tireless dedication Police teams expend on family harm and have witnessed their compassion and desire to do more,” she said.

The relationship between Police and Te Hāhi arose from a conversation between Tairāwhiti Area Commander Inspector Sam Aberahama and former police officer Tui Keenan, who had seen the impact of family harm over eight years on the front line.

“We sat and we had a cup of tea and we talked,” said Sam. “She talked about this idea of getting churches together across denominations… to support referrals made by Whāngaia, by family harm teams; managing the risk but sending our Te Hāhi whānau in afterwards.

“It’s going in there, it’s listening, it’s understanding, it’s not judging, it’s supporting and it’s praying. So away we went. Before I knew it we had a number of pastors… and we had a bigger cup of tea and we sat and we talked.”

Sam acknowledged the area commanders whose areas had adopted the partnership. “This is a brave step for us,” he said.

Tui was present at the signing, as was former Rotorua Area Commander Bruce Horne, who was instrumental in the formation of Te Hāhi Rotorua and continues to be a strong advocate for the organisation.

Eric signed the letter of agreement for Police, and Teri signed for Te Hāhi.

Work is under way to work with other Police areas to extend the partnership with Te Hāhi, he said.