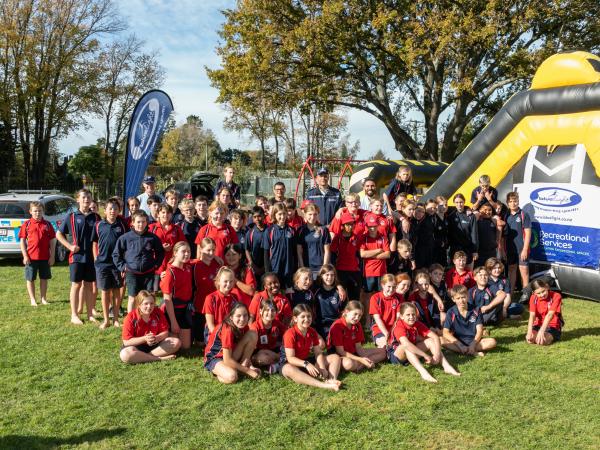 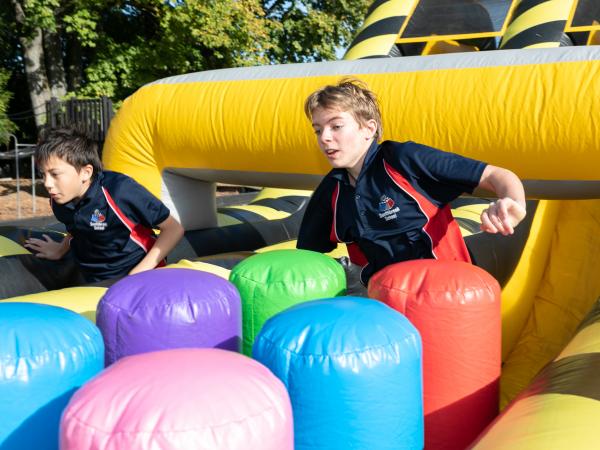 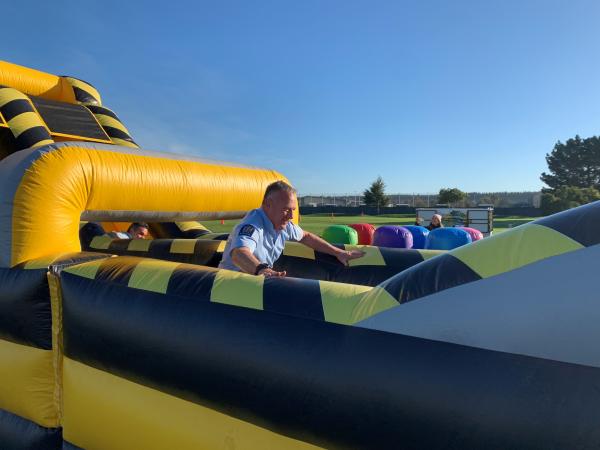 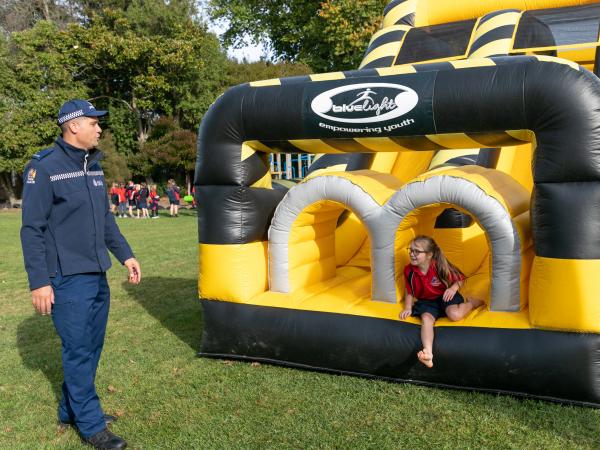 Students and Canterbury Police staff had varying levels of success on a new giant inflatable obstacle course that’s making its way across the motu courtesy of Blue Light.

The 33m long, 10m high obstacle course is touring 75 schools throughout New Zealand. In Canterbury, Parkview Pārua School in Christchurch was the first try it out, followed by Southbrook School in Rangiora, then Temuka Primary School.

There was no shortage of kids, including some of our own big kids in blue uniforms, willing to give it a go. Across the three sites, members of our Youth, Community and Prevention teams; Site Control Officers; Māori, Pacific and Ethnic Services; Child Protection Team; and Neighbourhood Policing Team all joined in the fun. 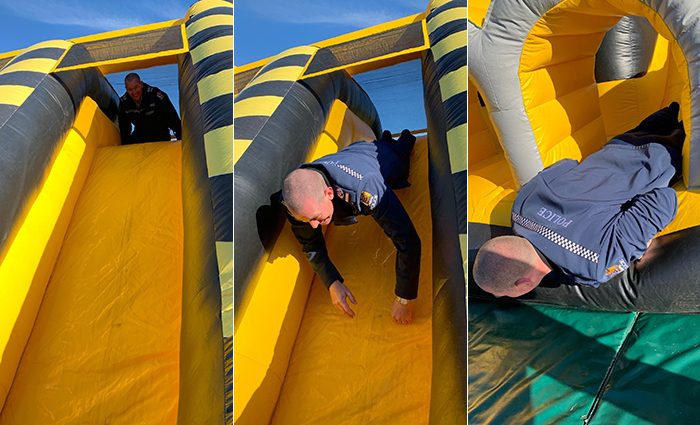 It wasn’t all fun and games though, competition was fierce as kids challenged their mates, teachers and Police staff. Police staff also challenged each other, with Senior Sergeant Ben FitzPatrick going head-to-head with his son – and losing.

“He’s had more practice than me,” says Ben. (That doesn’t sound like a sore loser at all!)

Blue Light provided a BBQ and kids got the chance to chat with police officers and check out a police car.

At Parkview, head chefs Senior Constables Craig Roberts and Richard Brunton (who coincidentally holds the current record for eating 10 sausages with bread at a Blue Light BBQ) dished up 400 sausages to the hungry masses.

Craig said all in all it was a great day for everyone.

“It allowed us to interact with lots of young people and hopefully create a positive impression of Police and Blue Light.”