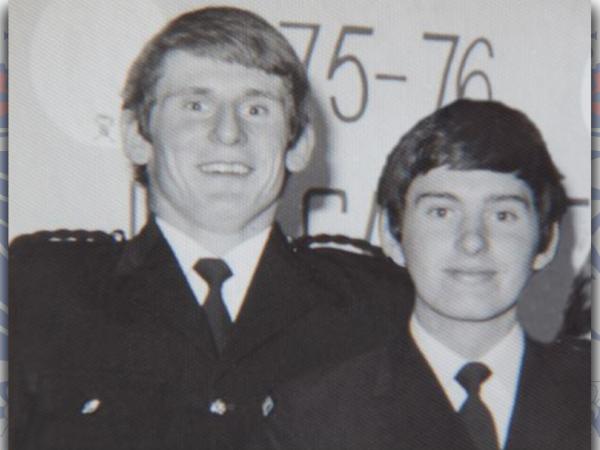 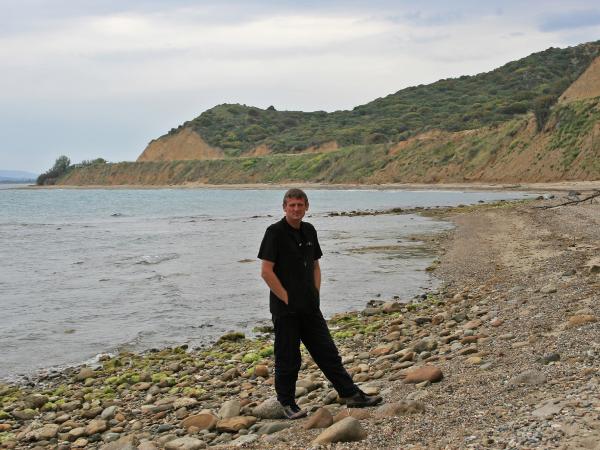 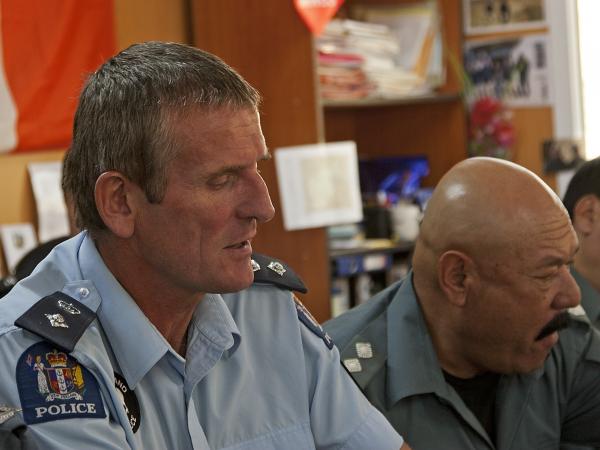 After 44 years and two months in the job, there’s a lifetime of stories to share about Bay of Plenty District Manager: Operations Support, Inspector Kevin S Taylor.

Sadly, there’s not room for all those stories here.

He joined Police in 1975 on Cadet Wing 19 and started in Auckland, spending most of his time focused on at-risk youth until 1992. He then transferred to Taupō where, ever since, Bay of Plenty District has been ‘home’.

Kevin's career has included overseas deployments to Gallipoli, Tuvalu and Afghanistan. It was during his time as the New Zealand Police Security Liaison Officer for the ANZAC Day commemorations at Gallipoli (2007-2009) that he recalls a particularly poignant moment.

“I was standing on ANZAC Cove for the first time, 93 years after my grandfather had stood in the same spot. At that time, he would have been the same age as one of my sons and I was thinking what on earth would have been going through his head. That was very moving.”

He’s very well known in search and rescue circles, with 25 years' SAR experience, and is one of three national Disaster Victim Identification Commanders in New Zealand. Kevin talks of the “absolutely amazing people” he’s worked with in SAR over the years.

“In my search and rescue days in the Taupō area we had a fatal shooting in the bush and we were trying to find the man’s wife. The guys had been in, done the body recovery, it was dark, cold and wet.

"We eventually found his wife and told her, and her first comment was ‘are the boys ok?’ He’d had two pre-teen sons with him and they were at a bivvy site… and we didn’t know that. So at 10 o’clock at night the boys went back into the bush to find them and spend the night with them.

“That was just outstanding and those are the type of people I’ve worked with.”

His 20 years in road policing began in 1996 and included 11 years as Districts Road Policing Manager.

In this role he has led change with partner agencies to conceive, launch and embed safety features on high-risk roads he’d identified. Many are now commonplace, including rumble stripes and cats eyes.

He has also attended more than his share of fatal crashes and speaks very highly of the dedicated, extraordinary staff who deal with such tragedy.

“There’s not many roads I can drive around the Bay of Plenty that I don’t have a memory of a day or a night where I’ve stood on the side of the road with staff dealing with utter tragedy. I’ve literally dealt with hundreds of those.”

So how does he deal with such tragedy?

“I have a very good family, amazing wife, strong faith and supportive social networks. I’ve developed a fairly robust personal resilience and I just cope with it.”

He enjoys the pressure and stress that comes with the dynamic nature of policing.

“Just when you think things can’t get any worse… something else comes along, you have to deal with it, and you do. We rise to the occasion every time. That’s something I’m really proud of with the teams I’ve worked with over the years.”

He was in the District Command Centre (DCC) during the 2016 Operation Pencarrow when a whole range of unrelated incidents happened at the same time elsewhere in the district including: a crash blocking a main road; a broken-down prison van carrying high-profile offenders; a gang fight in a supermarket car park; and rival gang members due to arrive in the charge room at the same time.

“You couldn’t script this sort of stuff, you couldn’t write it as an Inspector’s exam question; no one would think it was credible – yet it happened.”

By coincidence, Kevin was on the phone doing the interview for this story and talking about Operation Pencarrow just as a shooting event was unfolding in Kawerau on 21 February - very close to the scene of the Operation Pencarrow shooting. He ended up back in the DCC, as before.

Since becoming District Manager: Operations Support in 2016, his highlights include being Forward Commander for the 2017 Edgecombe floods; planning for and delivering on the operational requirements for the 2017 Lions rugby game in Rotorua; and the Rotorua leg of the Royal visit in October last year.

“It’s really satisfying being part of a team, doing a lot of planning and seeing a plan coming together and it being a successful operation.”

Kevin has seen a lot of change.

“I was a teenager when I joined, but I like to think I’ve adapted and changed… from pre-Wanganui computer through to where we are now. We used to have to get permission to do a QVR on a vehicle on nightshift and permission from the senior sergeant to make a toll call. Now everyone carries cellphones that make international calls at the drop of a hat.”

He says he’ll miss his colleagues and the camaraderie most.

“I often say Police is a family and if someone gets hurt everyone feels it, and that’s really hard to describe to people outside Police. Like a family, there’s always cousins and uncles you wish you didn’t have, but that’s just part of a big organisation."

He will not miss the emails: “They do my head in”. He’s not a big fan of some meetings either.

One mantra he shares with his kids is that life isn’t a dress rehearsal… "You don’t get to live today again. You have a choice. You can get disappointed about what could have been or you focus on what is, and make the most of it. I’ve chosen to focus on what is.

“I’m comfortable with who and what I am and that’s a consequence of the good, the bad and the ugly that’s happened to me through the years. It’s all about choice.”

Kevin has a long list of charitable, church and victim-related support work on his CV and countless hours of professional and personal time dedicated to the Awhina Society, which runs the Taupō women’s refuge and community foodbank as well as the annual Ironman and the Lake Taupō Cycle Challenge events.

On the family front, Kevin’s youngest daughter Claire graduated from the RNZPC in February and has been posted to Taupō. His son David and David’s wife Cathy are both police officers in Counties Manukau.

One week after he retires, Kevin’s wife also retires from her role as midwife manager at Taupō maternity. A week later they’re off to Europe for two months.

“I’ve been in the job longer than most current serving members have been alive,” says Kevin. “After 44 years I’m conscious I need to de-programme and unwind. And I’m also conscious that there’s going to be a bit of withdrawal and a bit of grief I’ll need to work through. It’s just a natural part of life.”

He’s also looking forward to more time in the garden and restoring and riding an impressive collection of classic motorbikes.

Like his passion for motorbikes, he describes his time in Police very simply: “It’s been a cool ride.”

Bay of Plenty District Commander, Superintendent Andy McGregor, says Kevin has been an active participant in the Leadership Team for four years in his Road Policing and Operations roles.

“He’s invested heavily in partnerships to get better outcomes in both roles," says Andy. "As Road Policing Manager he’s been very proactive in developing partnerships to reduce road trauma and maintained active oversight of all serious crashes and fatalities in the district.

"As a leader he’s always been a visible presence right across the district and had a high level of credibility with staff. Nationally, he’s well-respected. He’s always been very good in the partnership space, endearing himself to outside organisations with his manner and interpersonal skills.

"In his current Operations Manager role he covers a wide span of activities, and it takes a very special person to manage all the risks in this area and lead the teams well. Kevin’s also responsible for Land Search and Rescue - an area he’s excelled at, maintaining a high level of trust and confidence with staff and many volunteers."

Andy says the professionalism and dedication of the district's SAR teams reflect Kevin's leadership. He also received very positive letters of praise for the Rotorua leg of the October Royal Tour, where he led the planning team.

"He doesn’t promote himself in the activities he’s involved in, but just gets about and does it. This is a credit to the man.

"Nothing has ever been a problem for Kevin and to have a member who is still enthusiastic, passionate and filled with energy after 44 years' services is very refreshing, and a joy to have as part of our team. We will miss him.”