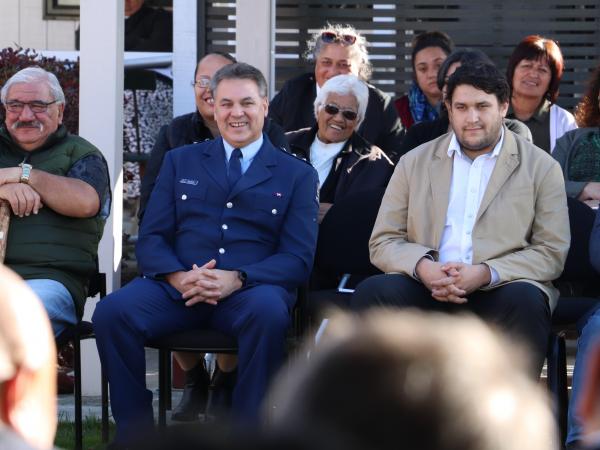 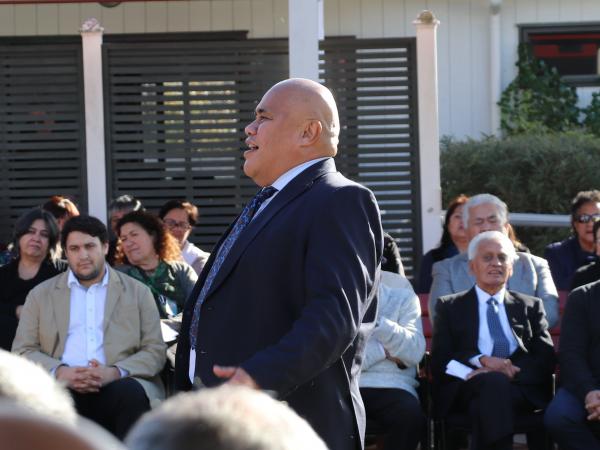 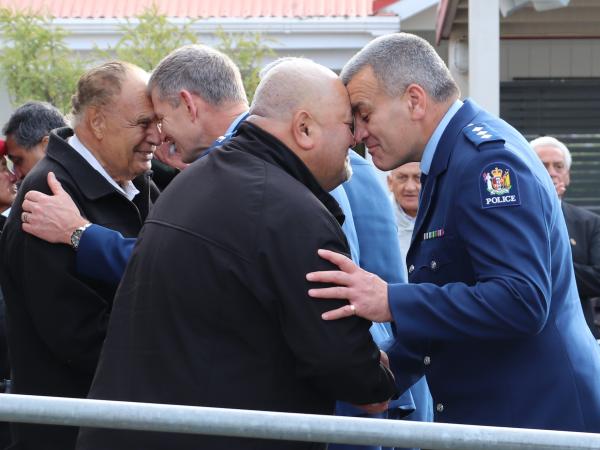 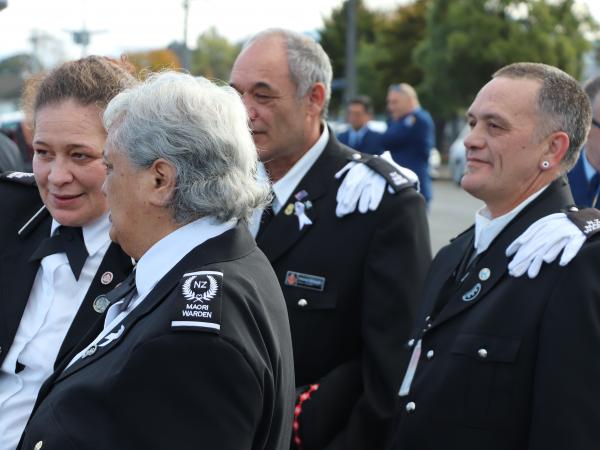 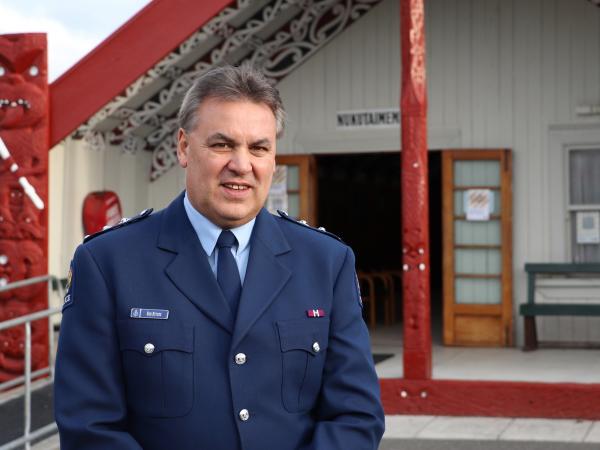 Yesterday marked a special occasion as Inspector Rob Rutene, District Māori Responsiveness Manager (MRM) was welcomed into the role and back home by his iwi.

“I am humbled and honoured to have had a pōwhiri hosted by my iwi," says Rob. "Coming back to Wellington has been a 13-year journey.

“Thank you to my whānau - my mum and dad, my son and daughter - who have been there through it all. It was time for me to come back and it was the right place to be welcomed home.”

Rob was born and raised in the Wairarapa and his whakapapa is connected to both Rangitāne and Kahungunu. Stepping into the MRM position has been a homecoming for him.

Over his 24-year career with Police, Rob has also worked in Hawke's Bay and Tairawhiti and at the Royal new Zealand Police College. Along the way, he’s been guided by some great leaders who have shaped and positively influenced his passion to achieve better outcomes for Māori.

Working in partnership for supported resolutions, finding pathways for gangs, solutions for those affected by meth, and giving rangatahi a clear direction are some of the things he wants to focus on.

Addressing the haukāinga and manuhiri present, Rob recounted how when he first started as a Pouwhakataki (Iwi Liaison Officer) in Wairarapa, the local kaumātua laid down a firm expectation which continues to guide him today.

“Iwi across the district including Te Āti Awa and Ngāti Toa Rangatira, and the diverse Pacific and ethnic communities I have guardianship over, will see me in the community, at hui, at events– I will be there. I want to work with the community and iwi to ensure we’re working in partnership.”

The pōwhiri was also an opportunity for local Wairarapa iwi leaders and community members to meet face-to-face with the police leaders of the wider Wellington District and Māori, Pacific and Ethnic Services (MPES) team.

“It was a good occasion for district leaders to meet with the Wairarapa Area staff and community,” says Rob.

Previous
People of Police: Sharon, Executive Director, Finance
Next
It is good to be home