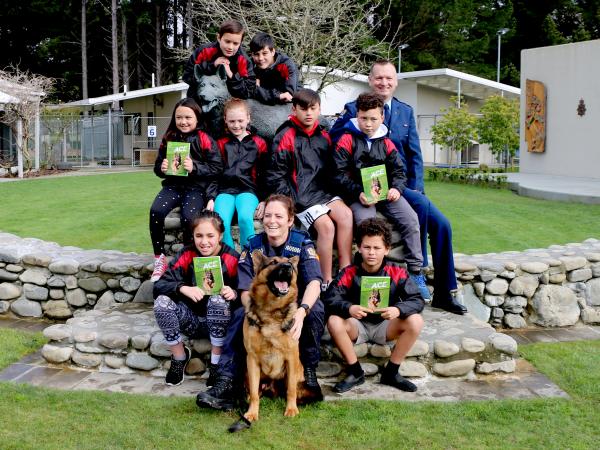 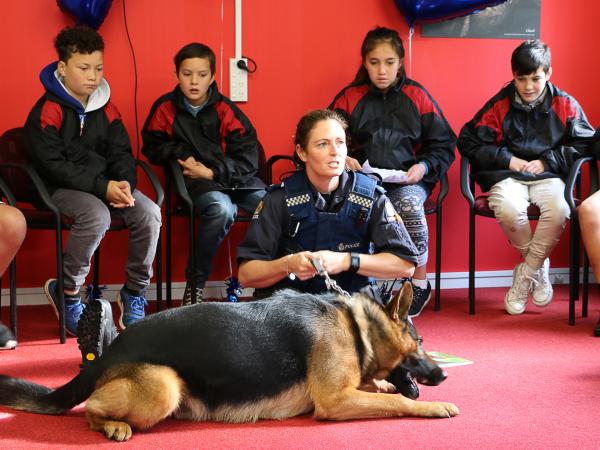 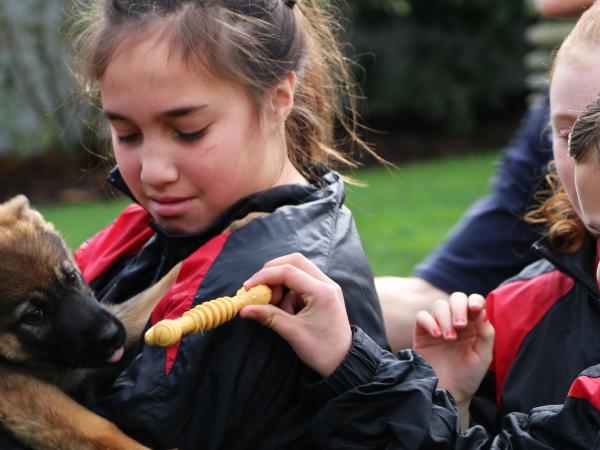 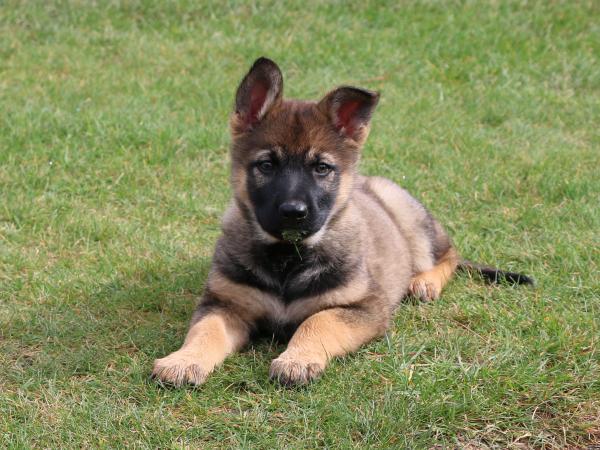 The book follows the adventures and misadventures of a rookie patrol dog, whose father Zeus was the subject of Sue’s first book.

Sue, a dog handler in Wellington District since 2005, launched the book at the Dog Training Centre, Trentham, with the help of her real-life patrol dog Hades, Acting Assistant Commissioner Sam Hoyle and eight Year 5 and 6 pupils from Ngāti Toa Primary School, Titahi Bay.

The book combines fact and fiction with important safety messages as Ace conquers his fears, faces down a bully, learns to catch bad guys, rescues people and forms a winning team with his handler Maddy.

“There are some real-life incidents in the book and some made-up ones – but I’ll leave it up to the readers to decide which are which.”

Sue read the first few paragraphs of the book – ending on a real cliffhanger as Ace tumbles out of a helicopter – before some of the Ngāti Toa children read or recited other passages.

The children had earned their places at the event through their achievements in a creative writing exercise at school.

Sam praised Sue for her work as an experienced dog handler, and for the creativity expressed in her writing.

He told the gathering that while police dogs attracted lots of attention, dog handlers were first-class police officers who deserved great credit. “With every great police dog there’s a great cop,” he said. 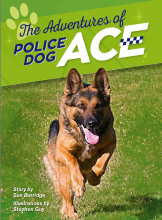 Sue said the launch event had been awesome. “The kids were brilliant – it was a real pleasure to have them here today,” she said. “I’d like to thank Ngāti Toa Primary School, the Dog Training Centre and Acting Assistant Commissioner Hoyle for supporting me.”

Sue’s previous book, The Adventures of Police Dog Zeus, was published in 2014.  The illustrations in both books are by Sergeant Stephen Guy, a Central District police officer, and the 'Ace' cover photo was taken by Constable Ross Martin of Wellington Forensic Imaging.

The Adventures of Police Dog Ace can be bought online for $16 plus postage through www.thecopshop.co.nz.

After covering publication costs, part of the proceeds will go to the Police Dog Trust and the charities Paw Justice and Foster Hope.

This is a story from Beyond the Blue, our project to highlight the diversity of ways Police staff spend their time away from work.
Previous
Ready to respond – in greater safety
Next
Talofa lava boss!