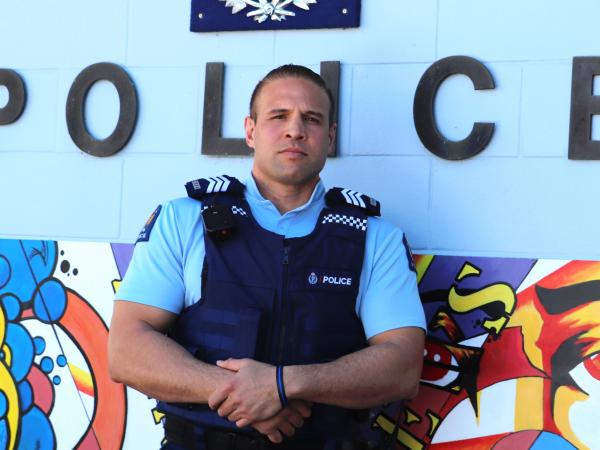 Learning te reo Māori has been a journey of self discovery for Sergeant Maurice Cooper. To mark Te Wiki o te Reo Māori, he tells Ten One about this never-ending journey.

Being able to kōrero Māori meant Sergeant Maurice Cooper could help a family understand the police processes for a sudden death in the stressful COVID-19 environment.

The 33-year-old, father of three from Moerewa, and of Ngati Hine decent, says it was one of many callouts where he has used the Māori language while working out of Kaikohe Police Station in Northland.

During Te Wiki o te Reo Māori, he reflects on his Māori language experience, from knowing just the basics to being able to use te reo on the beat.

During scope as a 19-year-old Maurice attended a sudden death with the now Mid/Far North Area Commander Inspector Riki Whiu, and saw how using the Māori language could successfully ease tensions in a traumatic situation.

“Riki used te reo and tikanga Māori to explain police process at a sudden death," says Maurice. "I couldn’t understand what he was saying but I remember the way the family reacted and how they understood what was going to happen.”

Now, 13 years into his career, Maurice has been able to do the same thing.

“During COVID-19 Level 3 we went to a sudden death where a family was really upset especially the changes around tikanga. The stress levels were high.

“I was able to converse and explain the sudden death process in Māori and how the COVID-19 level was going to affect that process.

“Using English we would have got the same result - but the way it was done, it had a better impact on the family.”

Growing up, Maurice learned the basics of te reo but it wasn’t spoken much at home.

“The seed was sown but it was not watered or nourished,” he recalls.

When working as an iwi liaison officer during Waitangi Day celebrations, he promised himself he would learn the language. But it was the death of his grandfather that ignited a real desire to learn te reo Māori.

“My grandfather passed away and, while I sat at his tangi, I didnt understand what was going on.”

He started by reading some of his grandfather’s teaching resources, watching Māori Television and reading a Māori Bible. He then enrolled in a community class in Kawakawa - Te Tuapapa o te Reo, the foundations of Te Reo - run by Eli Smith.

“It started off with me wanting to know what people were saying in Māori. But then once you scratch the surface of te reo you find how beautiful and deep the language actually is.

“And for me there was a lot of self discovery.

“I don’t think I would have been promoted if it wasn’t for te reo. It was something that gave me self-belief and identity.”

The language is spoken at home with his three young boys. To see them using and understanding the language makes him proud.

This year he took another step and enrolled in a full immersion course. Maurice reckons learning the language has been a “hell of a ride”.

“I’ve got a long way to go in terms of learning the language. I’m happy where I am but I’m not satisfied. He haerenga mutunga kore - it’s a never-ending journey.”

A whakatauāki has kept him motivated: Kia manawa kuaka tātou. He explains it’s about the kuaka, the godwit bird, that migrates between Siberia and New Zealand. “It’s probably not easy flying here but they keep flying.

"It’s about having the heart of a kuaka and pushing through when you want to quit.”

“Te reo Māori isn’t just a language, it’s much deeper than that. It’s a journey that teaches you so much about yourself.

"Te Wiki o te Reo Māori is a good place to start learning te reo but don’t stop there. Keep learning and using te reo whenever and where ever you can. Kia manawa kuaka tatou!”

Previous
He huarahi i whāia i runga i te aroha
Next
Ka tū māia, ka whakaputa i te reo