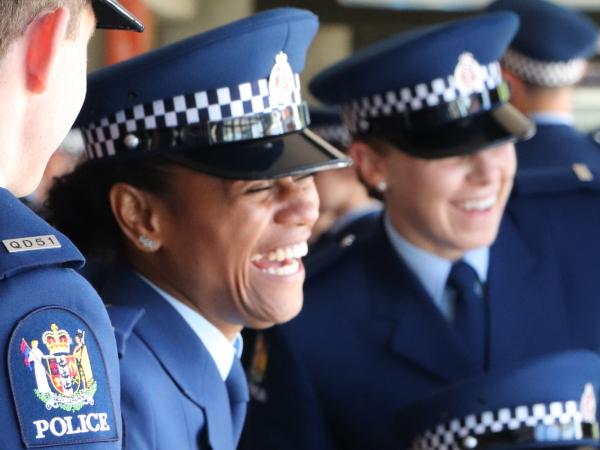 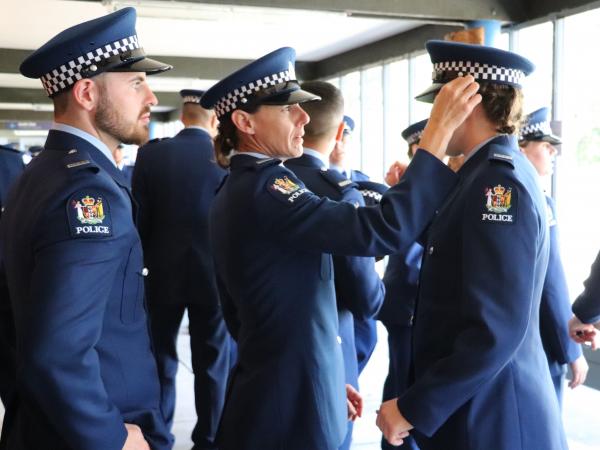 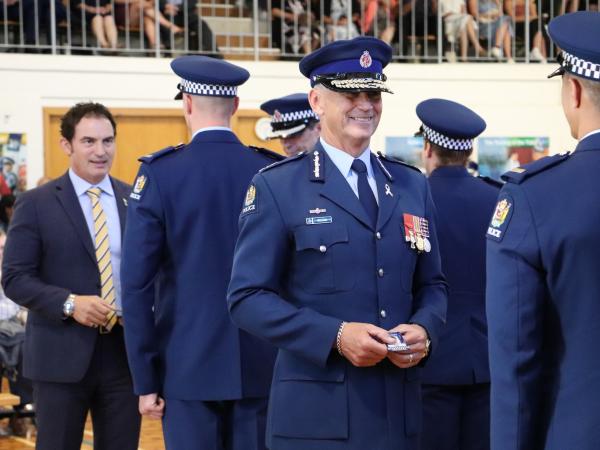 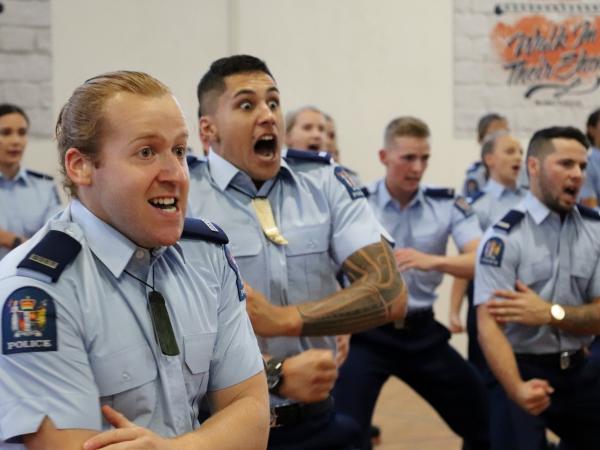 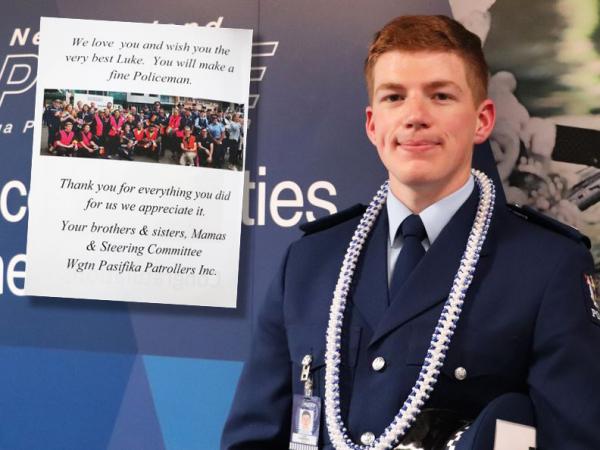 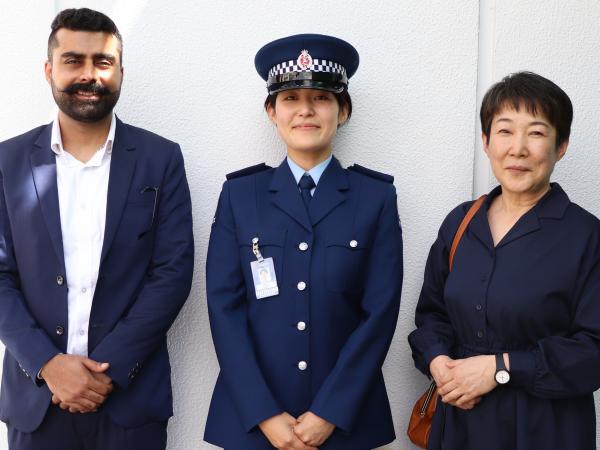 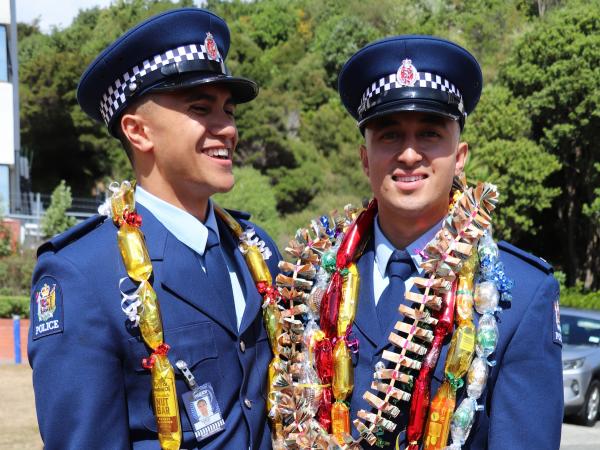 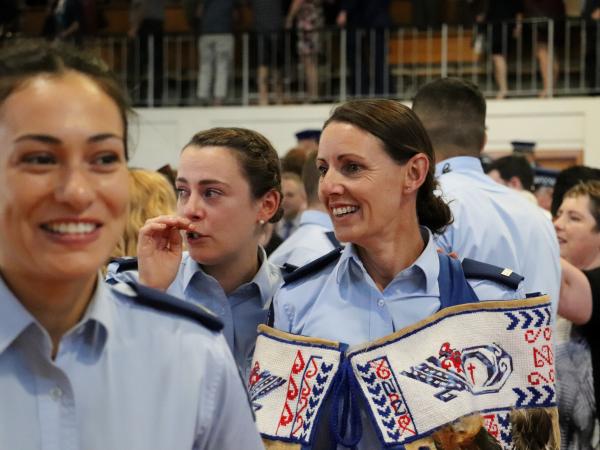 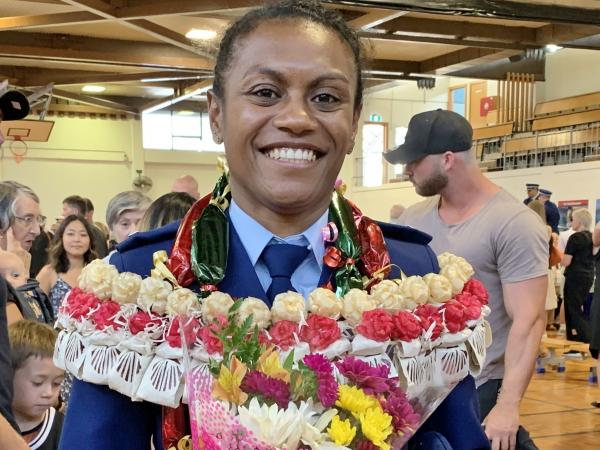 Home > News > Ten One Magazine > The latest of the greatest

The 59 new cops who graduated from Wing 335 started work in their districts this week.

The wing graduated from their initial training at the Royal New Zealand Police College (RNZPC) late last month and all are taking on the challenge of helping their communities to be safe and feel safe.

Newly graduated Constable Luke Robinson knows something of what this means, having been a volunteer with Wellington Pasifika Community Patrol and also at Wellington camera base.

In his role as a patroller he came to be the coordinator of the patrol as well as a steering group member.

“I learned some very valuable skills in leadership, confidence, planning and time management”, he says. “It was also an awesome way of giving back to our community and a chance to make some close connections with some lovely like-minded people.”

Luke says the ambition to join Police set in when he was in year 11 in high school. A family friend in the CIB (Criminal Investigation Branch) arranged for him to do some ride-alongs, and he was hooked.

“I love the fact I will be going to work to make a difference every day, and playing an important and visible role in our communities to protect the vulnerable and help keep our country safe”, he says.

“My volunteer work also gave me a very good inside look at the police and how they run operations, which was inspiring.”

Luke – who plays drums and would love to join the New Zealand Police Pipe Band - recommends that would-be applicants consider getting involved in community groups as a precursor to applying.

Otherwise… “Just get stuck in and try your best. If you’re thinking about it or are simply curious, just apply and give it your best shot! You have nothing to lose so just strive to achieve your goals and give it your all.”

Constable Yuko Ryujin also has a background in community service, having volunteered for Shakti Ethnic Women’s Refuge and Support Group, where she worked with migrants from a variety of communities.

“I felt I could contribute to these communities where the women can be misunderstood and complaints often not taken seriously,” she says.

Yuko, who is from Japan, has been in New Zealand for about six years and speaks not only Japanese, but also Punjabi. She’s looking forward to working in Canterbury District.

The Minister’s Award recognising top student went to Constable Carly Anderson, whose life experience spans the US and New Zealand. She says she has joined Police to make a difference - and show her children just how hard work and perseverance pays off.

Constable Sholto Leaso, winner of the Commissioner’s Award for Leadership, believes he can use his mixed background – Samoan-Hawaiian-Maori-Dutch – in policing.

“I feel I can relate to a lot of the youth here in New Zealand due to my upbringing,” he says. “I know I can be a role model and be someone they can trust.”

Wing 335 has the usual mix of members with links to Police, ethnic backgrounds, military service and sporting prowess. Members list eight countries of birth other than New Zealand and speak languages including Farsi, Arabic and Assyrian.

The new constables are dispersed as follows:

Previous
The pipes (and drums) are calling... [plus video]
Next
Driving success in getting licensed