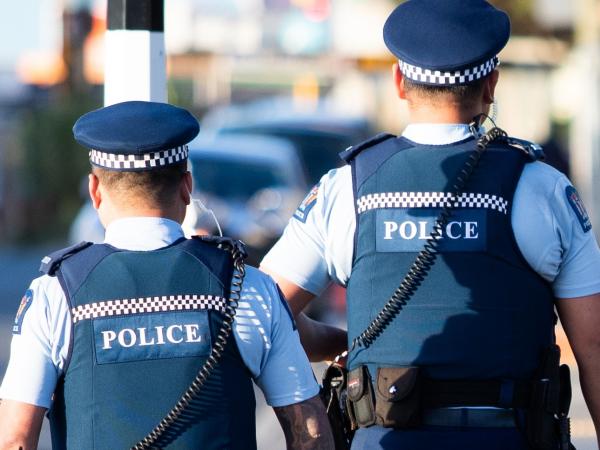 A chance meeting with police officers after being caught shoplifting changed the lives of a mother and her young family for the better.

Constables Blake Reid and Mark Bancroft went to a job where a mother, out of sheer desperation to feed her young family, had stolen meat worth $50 from a Hastings supermarket.

Instead of arresting her, they gave her an alternative resolution which helped her family start a new life.

The struggling family had travelled to the city on the bus as the woman’s partner was due to appear in Hastings Court. She had three children with her, all under five years old.

When Blake and Mark spoke to her, she admitted taking the meat and dissolved into tears.  She said this was the first time she had shoplifted, and that she was struggling financially to the point where she felt she had to steal to provide her family’s food.

The officers were going to summons her for shoplifting until Blake suggested an alternative resolution such as a pre-charge warning, which would keep her out of court, as she’d never been in trouble with Police before.

“Using their own initiative and assessment, the officers identified a more suitable outcome that addressed both the offending and the needs of this woman and her family," says Inspector Jeanette Park, Hawke’s Bay Area Commander.

As the woman was released from custody, the officers advised her they would do further referrals around her family’s financial situation. They then spoke to Constable Nigel Stewart in the Family Harm team about the troubled family.

A quick call to the non-profit group Nourished for Nil and a food box was available within half an hour.

The woman was sought out again, and found in the Court with her partner.

Nourished for Nil had provided too much food for the family to take it back home on the bus, so Blake and Mark offered them a ride back in the patrol car.

On the trip the woman couldn’t thank the officers enough and was surprised that Police would help as much as they did.

The officers also referred the woman’s family to WINZ and other agencies around financial budgeting. There is also discussion around finding her partner a job organised through Community Policing staff.

“It’s great to see we have alternative resolutions available and support networks that allow our staff to perform at a level that exceeds the public’s expectations and provides great results,” says Jeanette.

“I believe this job was a great show of how multiple workgroups and outside organisations can work together to really make a difference to families that are struggling.”

She says the extra effort that the three officers put in shows their commitment to Prevention First, The Turning of the Tide, delivering a more responsive community-focused police service, enhancing trust and confidence and reducing reoffending.

“They are a credit to the Police and we are lucky - like the community is - to have them,” she says.

“They really care for our community and by taking the time, having an open mind and listening to people, they gave these people and their whānau a better outcome, hope, and genuine kindness which is so very important.”

Previous
From North to South, the hard way
Next
Big tick for Police Pathways