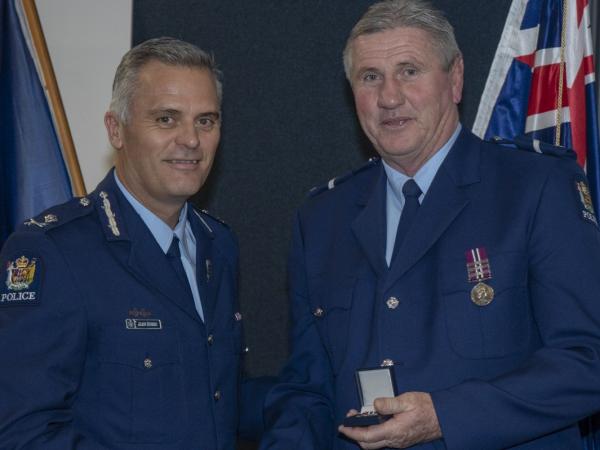 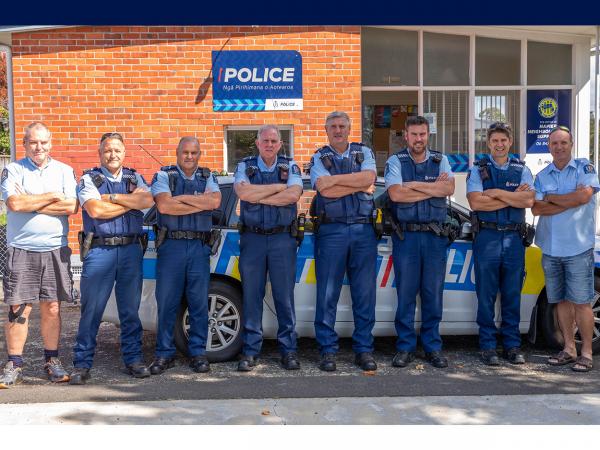 When Napier Community Senior Constable Shane Gibson (Gibbo) hangs up his Police uniform for the last time this month, he takes with him lifelong friendships developed with the community and work colleagues over his 43 years' service.

Shane graduated in Wing 70 in March 1978 and leapt straight into general team Policing (Public Safety Team - PST) in Wellington Central. After time playing sport overseas, he returned to Wellington and the inquiry office dealing with a range of work from warrants and road death investigations to assault files and liquor licensing. He describes this as a fantastic role.

A stint in Hawke’s Bay in 1983 as part of the investigation into the disappearance of Kirsa Jensen saw Shane fall in love with the region and just two years later he made the move north, initially on section (PST).

A few years after moving to the bay he discovered community policing, initially as part of a four-member team in Napier, before becoming the Marewa Community Constable in 2000. He has held that role ever since.

Shane say he has loved the opportunity to work closely with the community.

“Marewa is a very diverse community, what you see is what you get. I’ve met some great people, got to know them and their families and built strong relationships.”

Shane has also enjoyed working with the various Government and community organisations in the Marewa community, including Kaianga Ora, Victim Support and Neighbourhood Support. He was liaison, then Chair, of the local Victim Support Group and is on the Napier Neighbourhood Support Committee, a position he will continue to hold after his retirement.

Shane also spent 15 years in the Armed Offenders Squad in Hawke’s Bay and says he loved the opportunities he got and would recommend the AOS to anyone contemplating joining. Unfortunately, one of the highlights of his time on AOS came about after the tragic shooting of Glenn McKibbin in 1996.

“The numerous call-outs, some overnight, leading up to locating the offender showed the professionalism of the squad led superbly at the time by Senior Sergeant Neville Haggart.”

Shane says during his career there have been several workgroups where ‘everything just clicked’.

“There are four specific workgroups which I absolutely loved. The inquiry team in Wellington, being on section in Napier, the Armed Offenders Squad and the community team where I have spent the last 20 or so years of my career.”

Outside of work sport has played a big part of Shane’s life. He has coached cricket and rugby and been heavily involved in the Police golf team, travelling overseas to play and captaining the Hawke’s Bay Police Golf Club for some time.

After 43 year in Police, Shane has decided to ‘ease his way out’ with a part-time role as a firearms vetter.

But Hawke’s Bay is certainly home for him and his wife. Their adult children have flown the nest - his son is now a builder in Australia and his daughter is studying law at Auckland University.

Shane is confident his wife has a list of jobs waiting for him at home, but he’s also planning on fitting in a fair bit of golf, with a trip to the New Zealand Police Golf Champs in Christchurch planned for later this year.

And reflecting on his 43 years of service to New Zealand Police, Shane says if he had the opportunity to do it all again, he would do it in a heartbeat!

Previous
The kids have been fishin’
Next
See, hear, feel – rumbler on the road