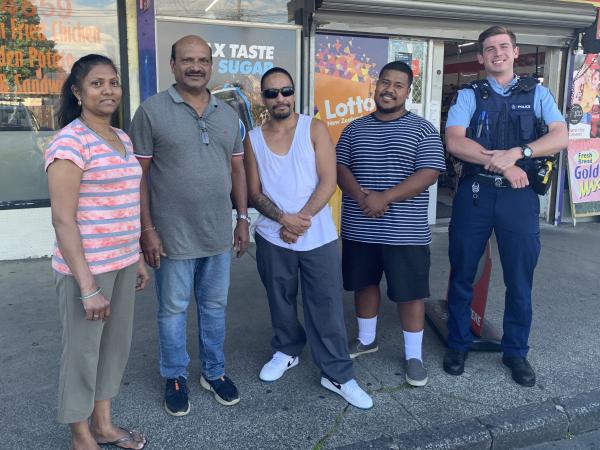 Thanks to the brave and quick-thinking actions of members of the public, a man who was trying to getaway with money he stole from a Henderson dairy was stopped and swiftly arrested.

Earlier this month, one of the owners of the store in Rathgar Road was working behind the counter when a man entered the store and demanded money.

He walked behind the counter to the cash register and took a large sum of money, but the owner quickly activated the anti-theft smoke canon and the offender fled.

Seeing what happened, members of the public chased the offender and caught him, holding him until Police arrived soon afterwards. He was then arrested and taken into custody.

A 40-year-old man has been charged with theft and was due to appear in the Waitakere District Court last week.

The money was returned to the dairy owners, who were very grateful to those who stepped in to help.

Sergeant Shane Pyke, from the Waitemata public safety team, said it was "a great result".

“This is a good example of people going above and beyond to look out for people in their local community.”