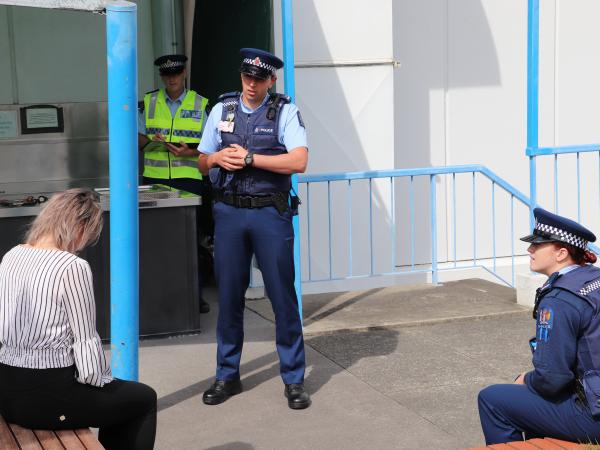 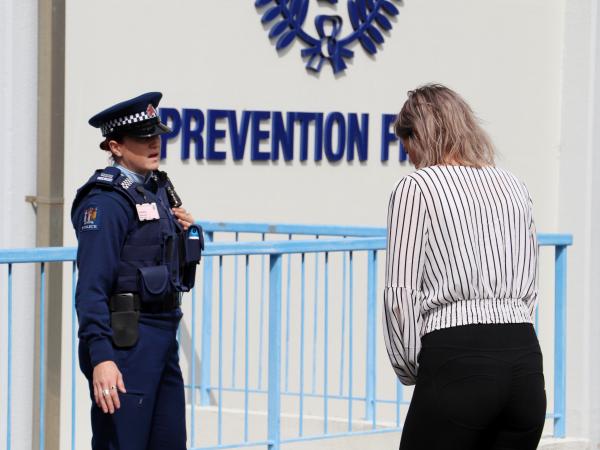 Police Media Advisor – and formerly Constable - Jillian Reid recently volunteered to take part in a mental health training scenario for recruits at the Royal New Zealand Police College (RNZPC). It brought back some painful memories, as she reports.

It’s been years since I was called to help with a person suffering from mental health issues, and recently I got to see the process from the other side.

I volunteered as an actor to help with recruit scenarios in the final weeks of Wing 333’s training at the RNZPC. I was to act as the mental health patient experiencing distress and threatening harm.

Police deal with people affected by mental health issues on a daily basis and the jobs are never quick or easy. They took up a huge amount of shift time in my day on the front line 20 years ago, as they do now.

One reason I no longer work front line, medically resigned and changed my career entirely, arises from an encounter with a person in mental distress in my days working PST in the early 2000s.

She was a small woman and perhaps I got complacent, but I ended up with a damaged back which ended my frontline career.

It was a painful lesson to be reminded of as I took part in four scenarios at the RNZPC last month.

Each scenario had the same script, but I was asked to react differently according to the recruit response. Each time I acted more agitated, getting closer and more aggressive.

Despite a few recruits being confounded by my behaviour, I was very impressed at how caring and concerned they were for my safety and wellbeing, and how establishing a rapport with me was paramount.

I had another, but different, real-life experience earlier this year when I went on a ride-along on a late shift with two recently graduated staff from Wellington Central.

About two hours in, we were called to a 1M-coded job in a Wellington suburb.

We found distraught parents and an adult son who was threatening his mother. We took him to hospital for assessment; he later escaped, headed home and continued his harassment. We effectively spent the rest of the shift dealing with this family.

Things are different now to when I was on the front line. Our staff have body armour, uniform boots and wear appointments on the armour, not on flimsy trouser belts. There is better equipment and it’s much easier to file paperwork thanks to Mobility.

However, the people and the problems have not changed and we need to carefully prepare ourselves to deal with them. It doesn’t matter that we have new and exciting tools to make our job easier – the basics don’t change.

Constabulary staff are introduced to mental health-related training at recruit level. This comprises:
• Four hours of initial Custodial Management Suicide Awareness (CMSA) training
• A two-hour workshop facilitated by advocacy group Kites, designed to foster understanding of the mental distress experience and to teach some very simple, effective communication tools our people can use
• Two hours of training on application of the provisions of the Mental Health (Compulsory Assessment and Treatment) Act 1992, including Police powers and the role of Duly Authorised Officers.

In their first two years on the streets, probationary constables must satisfy their assessor that they know the relevant sections of the law; understand the Custodial Suicide Prevention Policy; and can employ effective communication, having regard for cultural concerns.

They must show actions taken to manage situations and follow-up procedures are appropriate to the circumstances; and that reports, including the Health and Safety Management Plan for Person in Custody, are completed as required.

Every two years frontline staff have to refresh custodial management, which includes myths around suicide, suicide prevention and a focus on dealing with vulnerable persons.

Comms centre staff have Mental Distress training. Specialist units such as the Police Negotiating Team have expert knowledge around dealing with people in crisis.

There are good lessons to learn and keep learning. Police are still beating the well-worn path to the hospital, and having endless conversations, explanations, pleas and discussions with a variety of people inside and outside the organisation.

I should have kept my distance back during my frontline experience as it’s clear that with more and better training the outcome might have been very different.

I’ll happily help with the scenarios again and encourage others to help out too. We need to challenge our new recruits to look after themselves, keep an open mind - and always remember their training.