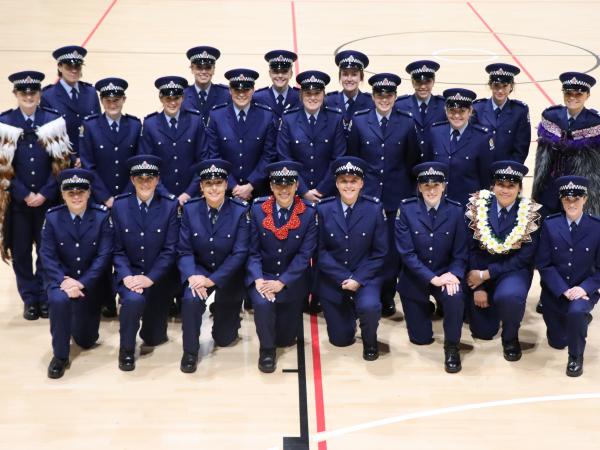 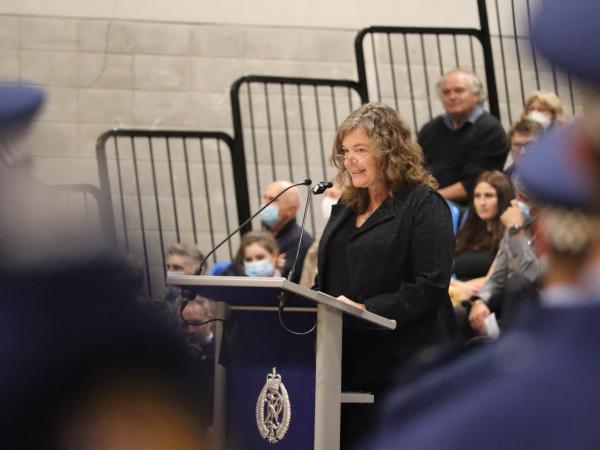 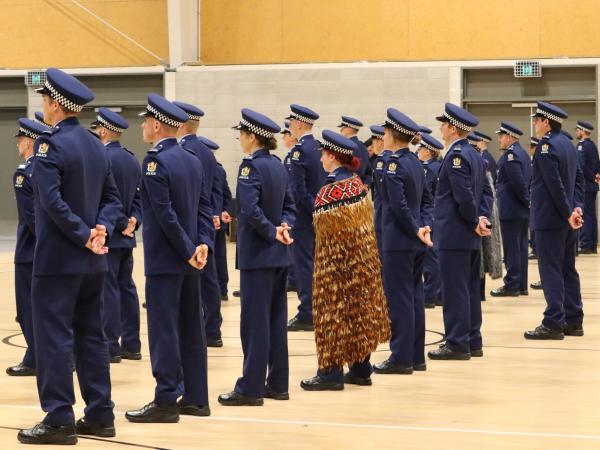 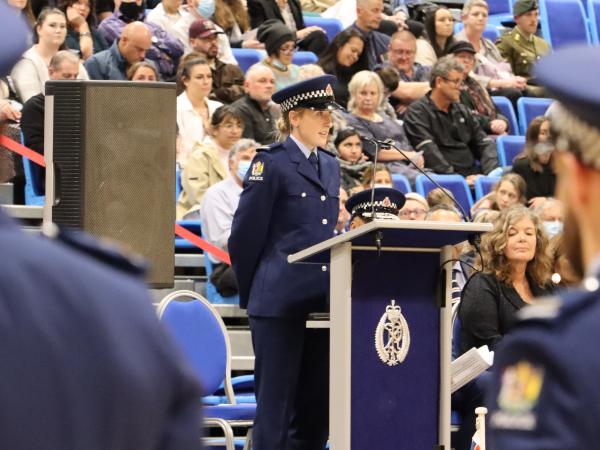 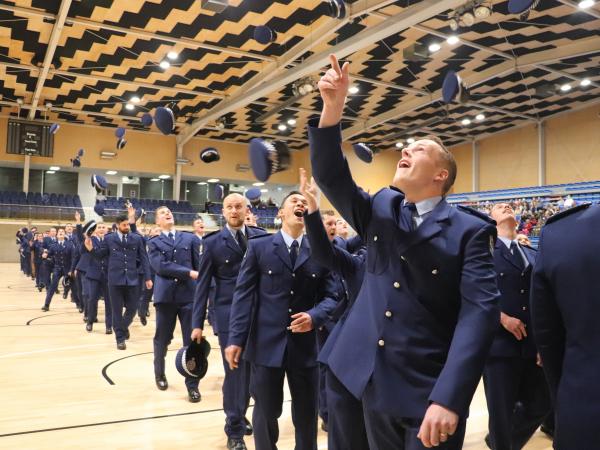 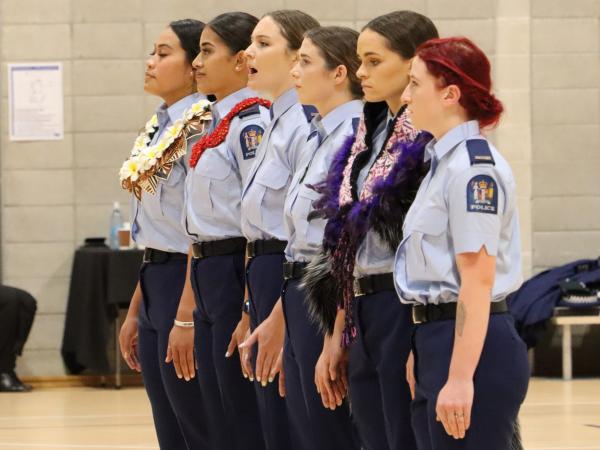 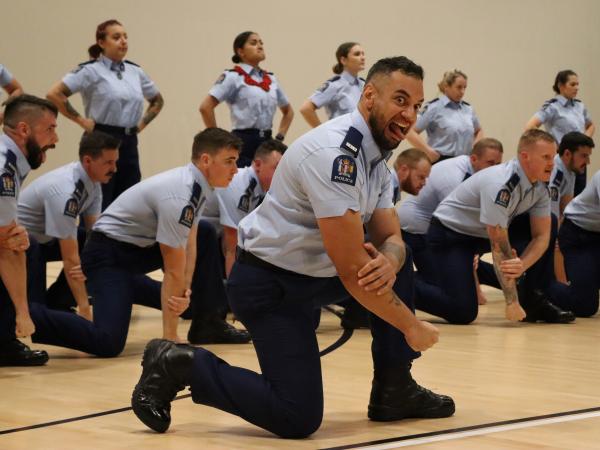 ​Wing 354’s graduation wasn’t only about the women in the wing – but 25 percent of it was.

What’s particularly remarkable about this is how quickly it was achieved compared to previous significant milestones in the growth of female police officer numbers. It took us 50 years to reach 10 percent constabulary women, then another 25 years to reach 20 percent. It has taken us just four years to go from there to 25 percent.

Commissioner Andrew Coster spoke about this at the graduation, held on Wednesday 1 June at Te Rauparaha Arena in Porirua.

“When I graduated from Police College in the mid-1990s, only one in seven police were women," he said. "It took us to 2018 to improve this to one in five. So moving this to one in four in just four years represents a substantial improvement in a short space of time.

“Projecting forward we can see that if we keep recruiting women as we are, we will get to 40 percent in 10 years’ time, and we will keep aiming for 50 percent.”

It was also particularly fitting that the three award recipients at the ceremony were women. 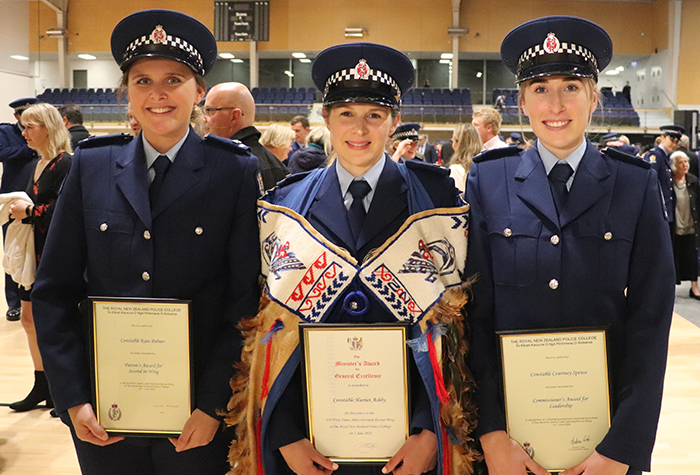 Constable Harriet Ashby (Canterbury District) topped the wing and received the Minister’s Award at the ceremony.

Harriet has worked as a physiotherapist for the past 10 years but, wanting a career change, she went back to what she’d always wondered about – policing.

“I finally decided to take the leap,” she says.

“I want to use the skills I have gained from my previous career but in a different way. Police will give me the opportunity to continue working with people in the community, while being part of a team and having plenty of career opportunities.”

Also going to Canterbury District is Constable Kate Palmer, who received the Patron’s Award for second in the wing.

Kate has a double degree in law and criminal justice, and says joining Police has been her life-long goal.

“Policing is something I’ve always known I wanted to do and I’ve had my mind set on it for as long as I can remember. Now, having completed both degrees I’m keen to apply in a practical setting what I’ve learnt at university and at Police College.”

The work the wing put in, she said at the ceremony, had taken them outside their comfort zone and challenged them daily.

“We are now about to start our new journey,” she said.

“Rest assured we are all competent and capable of taking on the next phase of our training, one which will be a massive learning experience for us all, but one that we are all prepared to deal with no matter what comes our way.

“When the going gets tough, we get tougher.”

Before joining Police, Courtney worked in the tourism industry, marketing the Marlborough region to visitors. Her change in direction is “to make a positive difference in people’s lives and in our communities, and to help build the communities’ confidence in police officers”.

Maloti has a degree in psychology and has previously worked for Police in a File Management Centre, on front counter duties, and as an Authorised Officer. She says her goal has always been to become a constabulary officer, a tradition that is strong in her family. One of her brothers is a detective in Counties Manukau, another brother is currently training in Wing 355 and her sister is in the process of joining.

“It has always been my dream to represent my Polynesian sisters in the blue uniform,” says Maloti.

“Historically the blue uniform hasn’t always represented peace for the Pasifika community. My parents migrated here in the 70s from Tonga, during the dawn raids, and they always instilled in us the meaning of faith, good character and hard work. They always wanted us to be in positions where we could help our communities.

“Growing up I didn’t see any police officers that look like me. I think my peers and I are now in a new era, in a workplace that reflects and serves the community.”

Maria (Ngāti Tuwharetoa, Ngāti Raukawa and Ngāti Maniapoto) has been on a journey toward Police, starting with a degree in criminology and psychology. She became a facilitator in high schools running the ‘Mates and Dates’ programme and has also worked in the Ministry of Justice.

“I sought out work that would give me insights into areas Police are very much involved in,” she says. “I’m here now because right back when I was studying I knew I wanted to make a difference, to help people.

“I wanted real-world experience to help real-world issues and I felt that to achieve this, working in Police was the right path for me.” 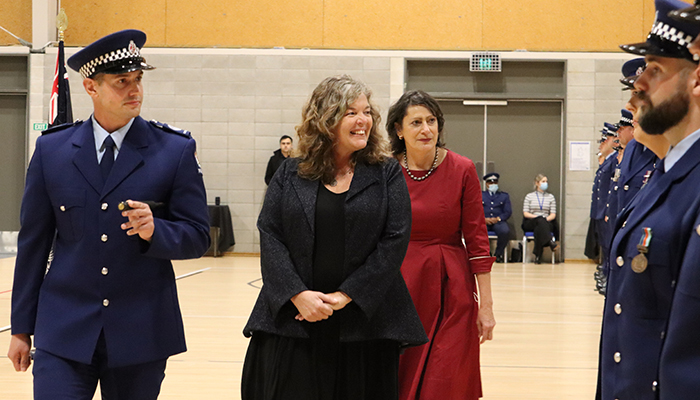 Role model and mentor for the wing, Patron Professor Dame Juliet Gerrard, told the wing they can be "quiet heroes” as they go about their work, finding ways to shine a light on situations few will understand.

She spoke of the importance of social cohesion to our society and the responsibility sitting on the new constables’ shoulders.

“Every day as you go about your work you will be weaving the fabric of trust on which communities rely … so you should be proud today, but not only today.

"You can continue to be proud of yourselves and your colleagues as you serve through success and through failure trying your very best to keep our communities together.”

Dame Juliet is a highly-regarded scientist who is known for her research in protein biochemistry for the University of Auckland. She is currently the Prime Minister’s Chief Science Advisor.

The ceremony finished with a stirring haka, the kaikaranga led by six female members of the wing standing front and centre. A great showcase of the new female officers joining the front line and helping to achieve a significant milestone.

The wing of 74 is being dispersed to districts as follows.