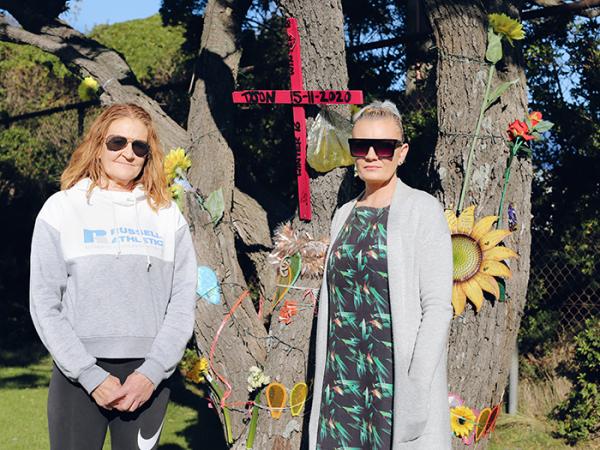 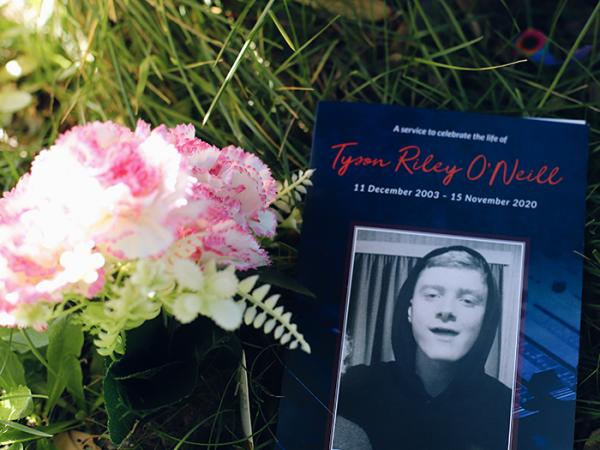 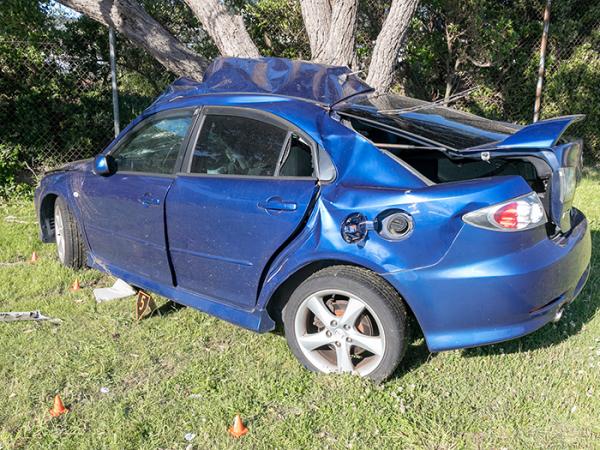 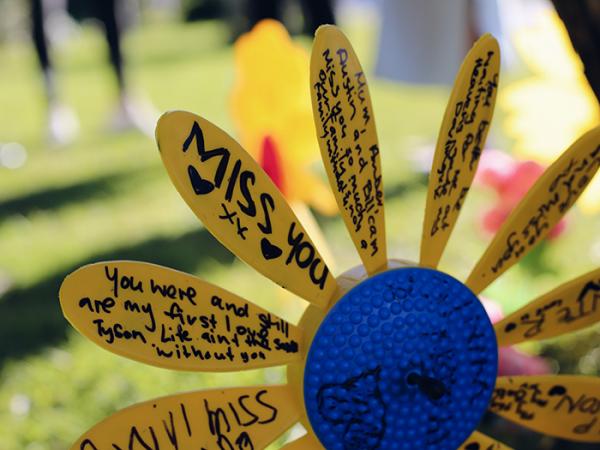 Home > News > Ten One Magazine > A mother's message: 'Listen to your children'

Rachel O’Neill has the name of her eldest son Tyson tattooed on each wrist.

Written below his name on her left wrist is the date and time of his birth.

Tattooed under his name on her right wrist is…15 November 2020, 5.47am…the date and time the 16-year-old was killed when the car he was driving crashed into a tree on Cobham Drive in Kilbirnie, Wellington. 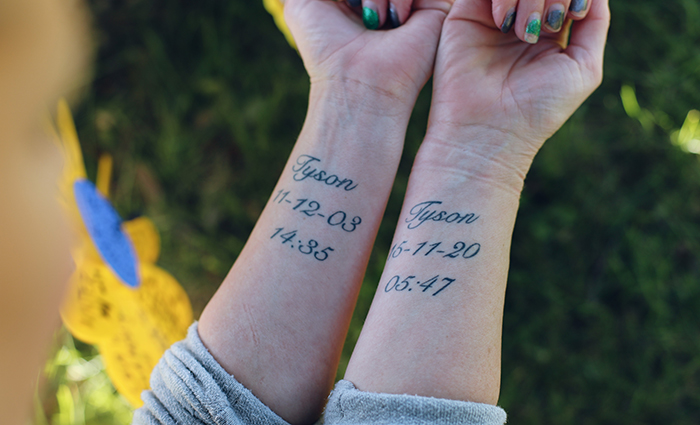 The O’Neills' trauma is something Wellington Police don’t want for any other young people or their families.

“Young people stealing cars and joy-riding is not new, but we are clearly seeing an upward trend of this behaviour in Wellington currently, with Wellington City and Porirua being hit hardest,” says Wellington Area Prevention Manager Acting Inspector Warwick McKee.

In response to this, Wellington Area Police has joined with their Kapiti-Mana Area colleagues to initiate Operation Focus – a literal focus on the theft of cars by young people.

“We know there are several reasons these young people take these cars, but ultimately, they see it as a challenge often sharing their exploits on different social media platforms,” says Warwick. 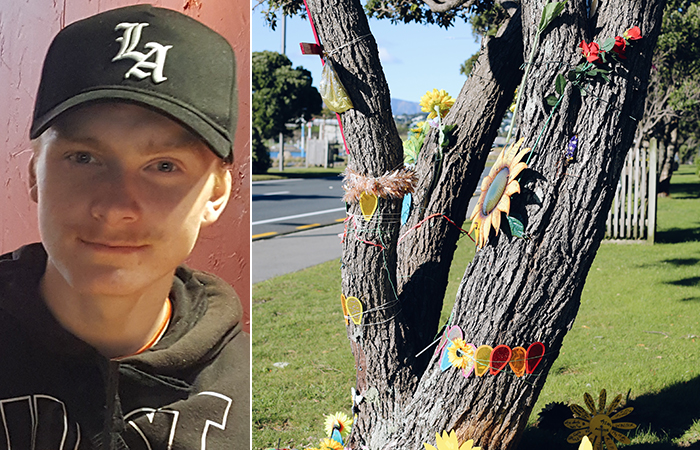 The tree at the crash site is covered with tributes to Tyson, from family and friends. “For me the tree is like his grave," says Rachel.

Wellington District Police continue to use several prevention methods to tackle this offending.

“We have identified a number of young people we believe are taking these cars and they are getting a lot of attention from us,” he says.

“But Tyson and Rachel’s story is the most powerful message of all. We don’t want to see another family have to experience this type of loss.”

Eight months on, Rachel and her children, 11-year-old Amber and 8-year-old Austin, struggle through each day. They relish any opportunity to share their favourite stories about Tyson who they describe as clever, funny, smart, caring and the best big brother ever.

But Rachel admits in the two years before his death, Tyson was pushing the boundaries to the limit. Night-time door knocks from Police returning Tyson to her were common. 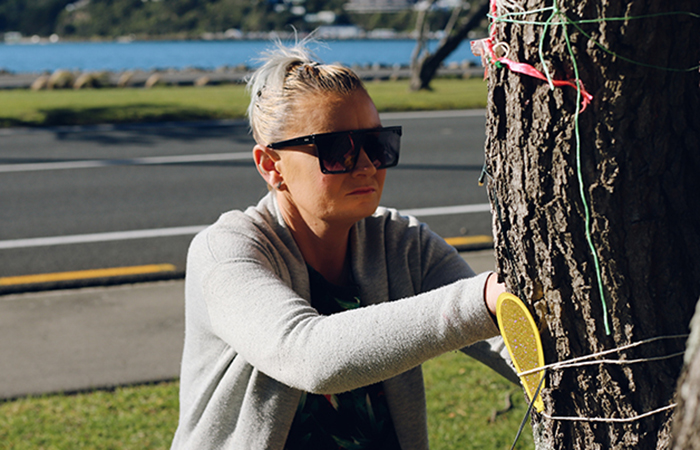 Tyson's mum Rachel visited the crash site on the day it happened and has gone back every week since.

On the weekend Tyson died, he’d been in touch with his mum on the Saturday by phone. She expected he’d turn back up at home over the weekend.

“When I heard the knock at the door early on Sunday morning, I just thought it was him wanting to be let in,” says Rachel.

Instead it was the Police and there was no sign of Tyson.

“I couldn’t believe what they were there to tell me. Never in a million years did I think the next time I would see him would be in the morgue.” 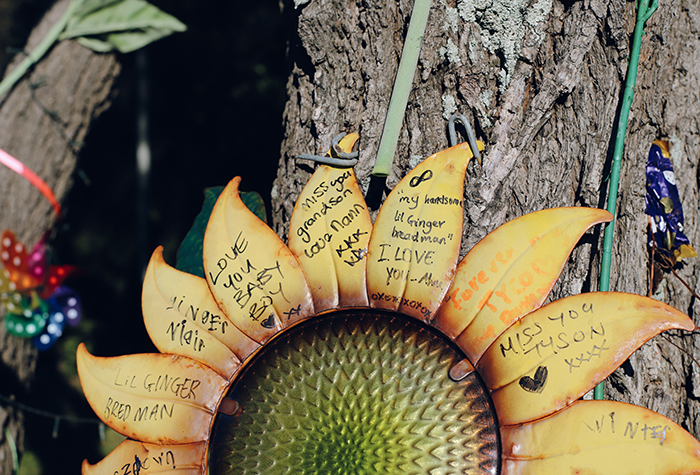 Rachel is aware there is a Coroner’s hearing to come which will give her a clearer understanding of the timeline of what happened and why.

“But what I know for now is that he had stolen a car from a house in Maupuia sometime overnight and at the time of the crash was heading to Johnsonville to pick up a friend.”

Rachel doesn’t drive and doesn’t own a car. Tyson had been offered driving lessons but had never been interested.

“No one in the family had taught him to drive and I’d never seen him drive so I didn’t really comprehend he could. He would tell me things about being in cars. I told him to stop being stupid. I now know he was speaking the truth.

"This is a lesson I want other parents to learn. Listen and really hear what they are telling you.”

Rachel made her first visit to the crash site on the day it happened. She has gone back to the tree every week since.

“For me the tree is like his grave. It was the last place he took a breath. I still go back over the grass marks to try to gauge what happened and how it went so wrong.” 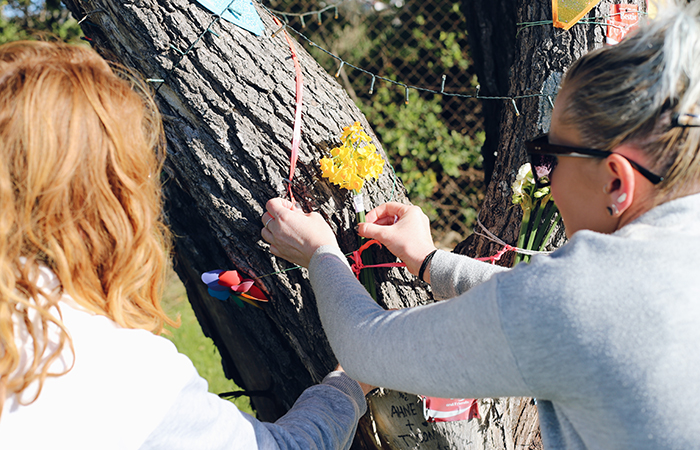 The next time Tyson came home was the night before his funeral.

“I got his girlfriend to text all of his friends to come to our house. They carried his casket in from the hearse. I wanted them to really see this could have been them because I know they all do it. I wanted it to hit home for them - that that could be you right there.”

“They were just very quiet and respectful. This was the ultimate repercussion of what these kids think is just a few minutes of fun.

Rachel, with the support of her own mother Marie, is hoping to make a difference by speaking publicly about Tyson’s death and their own grief.

“We all hoped Tyson would have grown out of it and come out the other side, but he never got that chance," she says.

"If our story helps even one family or stops one kid from getting into a car then that will bring us some sense of relief."

“And my message to kids, at the end of the day…if your friends pressure you to get into a car, don’t do it. Your real friends would never do that. Just walk away.”