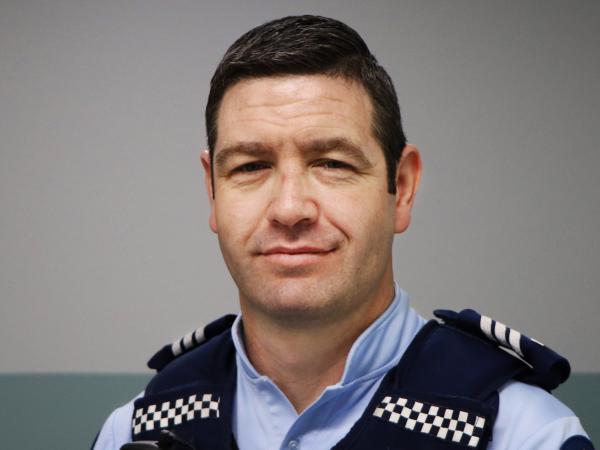 Home > News > Ten One Magazine > My life with Tourette’s

Custody Sergeant Andy Norton of Canterbury Police tells Ten One about his life and career living with Tourette Syndrome.

I have had Tourette’s since I was seven years old, and was officially diagnosed at the age of 13.

Although I have never had any verbal outbursts of swearing, as is normally associated with Tourette’s, I have had a number of vocal and physical tics over the years.

This was particularly bad for me through my adolescent and teenage years, but as is also the situation with a lot of Tourette’s cases, I gradually grew out of it.

While I am not completely clear of it, my symptoms now are very, very mild and almost unnoticeable - people are surprised when I tell them I have it.

My father was a police officer. Growing up, I had thought I wanted to follow in his footsteps but was disheartened, because of my Tourette’s, that I would not be able to apply.

I was bullied at school because of the Tourette’s and had a difficult time through my teenage years, although I remained heavily involved in sport and other activities and otherwise had a normal upbringing.

As I grew into adulthood the tics lessened. It was as though I was growing out of it. So I decided to apply to join the Police, and I passed all of the required tests without issues – bit I did have to undergo several more tests and assessments due to my disclosure of having Tourette’s.

My previous employers were all spoken to also, which was completely understandable given the rigours of the job. The upshot of all that is that I was successful in my application to join - and here I am almost 13 years later.

I recently became involved with Camp Twitch – an annual gathering of children with the neurological disorder.

I watched a documentary on Camp Twitch and could instantly relate to the stories and challenges this group were faced with.

This programme made me want to help and do something positive to show them Tourette’s doesn’t have to stop them doing things others do and achieving what they want to.

So I made contact with Robin Twemlow, the director of the Tourette’s Association of New Zealand, who has a daughter with the disorder.

I explained to her who I was and what I did for a job and offered to assist in any way I could with the camp, either in a personal level outside of work or in a Police capacity by speaking to the kids.

Robyn warmly accepted my offer and I was booked in for the camp. She explained ESR (the forensics specialists) would also be there.

Between us, we did a segment where the kids helped me look for a laptop that Robyn had reported stolen, looking for evidence and having the ESR team do a presentation and assist with the gathering of evidence, etc. Some of our scene of crime officers also took part.

At the end of the exercise I explained to the surprise of the kids that I had Tourette’s, and that they don’t have to let it stop them from achieving their goals and dreams.

To see the surprise on the kids’ faces and how they reacted was very humbling. The reaction from the parents was also very humbling - some were in tears and thanked me for being there and showing the kids that anything is possible.

This was a great experience and I would say one of the highlights of my career so far - being able to give something back to this wonderful group of young people and, hopefully, inspiring them to achieve their goals and dreams.