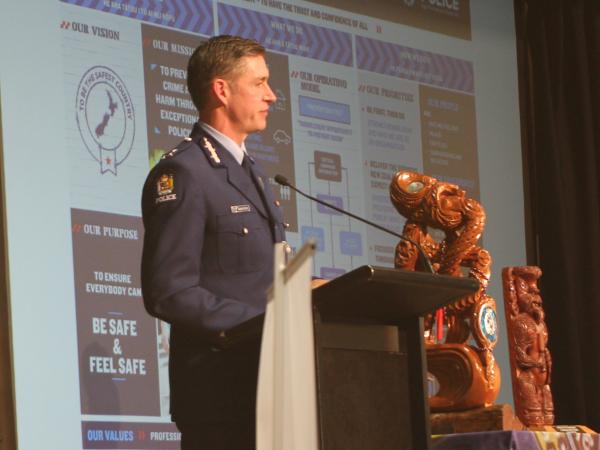 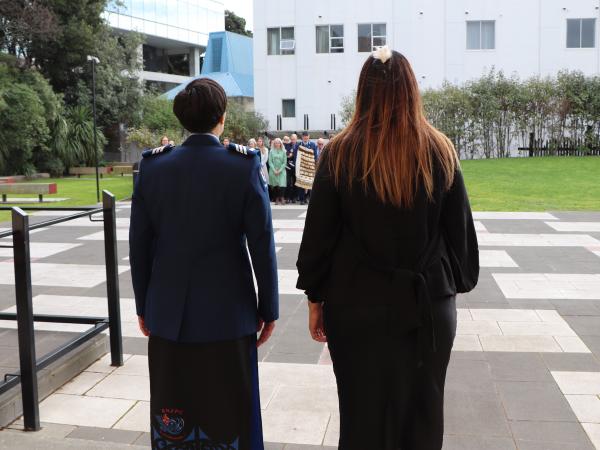 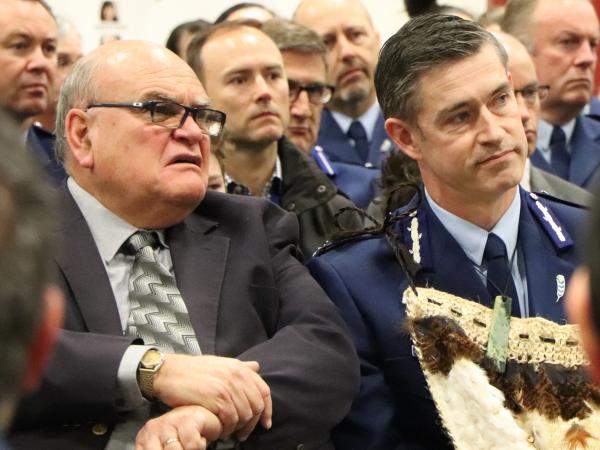 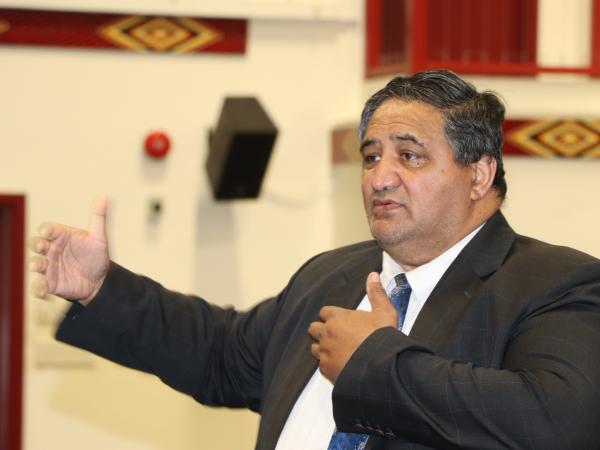 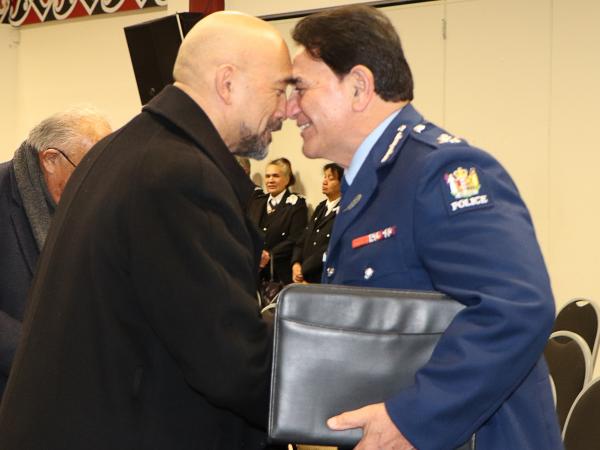 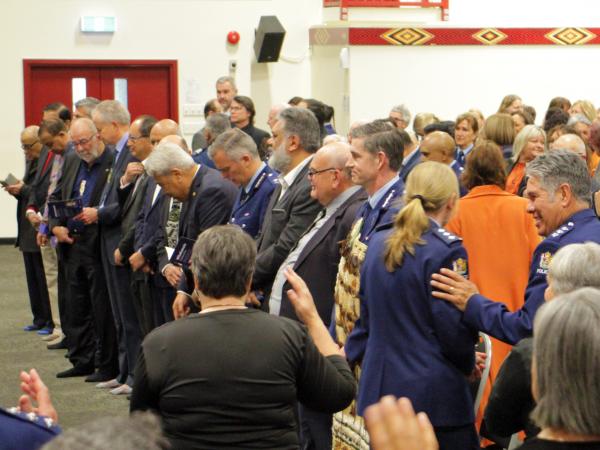 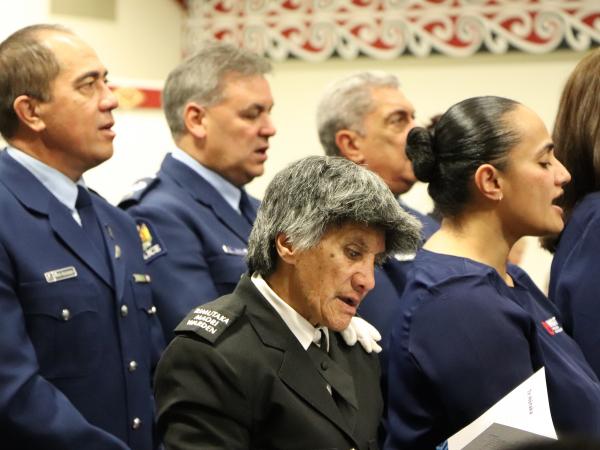 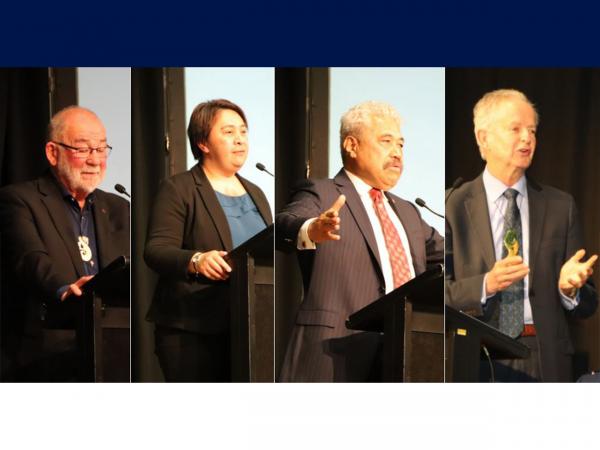 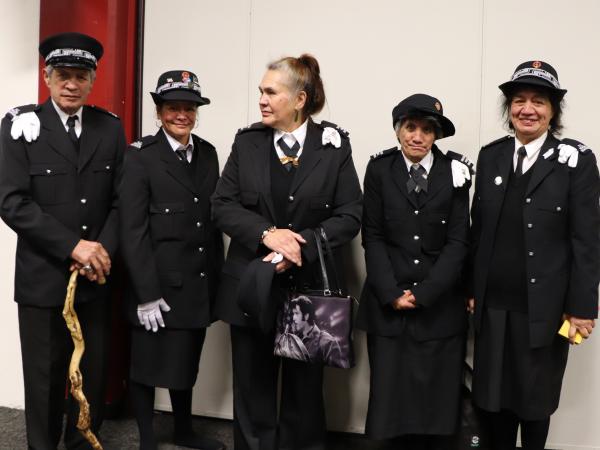 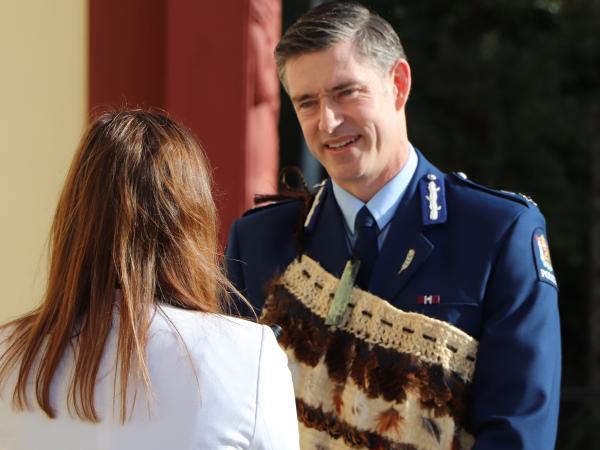 Police Commissioner Andrew Coster was formally welcomed into his role with a pōwhiri at Pipitea Marae in Wellington on Friday.

Proudly wearing a korowai loaned by Tainui, the Commissioner led his family and other manuhiri into the wharenui for a ceremony marked by animated whaikōrero and melodic waiata.

Though Commissioner Coster started the job in April, a formal ceremony was put on hold due to significant events, including COVID-19 and the death of Constable Matthew Hunt.

“I want to say up front this is not about me,” said Commissioner Coster. “The kaupapa we celebrate today is about 14,000 people... I am truly thankful for what you have done in my short time in the role so far.

“You couldn’t have written a stranger script for the first 12 weeks. We’ve experienced some incredible highs and some incredible lows, which I’m sure is indicative of the role I’ve taken up.

“I recognise I am just a steward of the organisation for my time here, and I’m determined to keep lifting the organisation so we can deliver on the aspiration that New Zealand should be the safest country.”

Before the Commissioner joined his family on stage to make his speech, four invited speakers lent him their support, set him a challenge, and recalled shared memories.

Among them was Lil Anderson, who heads Te Arawhiti, the Office for Māori Crown Relations, and worked with the Commissioner while he was on secondment to the Ministry of Justice.

“Some of you may not know that I met Andrew about five years ago for the first time,” she said. “He had the rare privilege of trying to manage me. I understand it’s quite the experience.

“But in his very humble way, he never really called it that. And even though he could have and he would have, instead what he said was our sessions were about advice. Advice I could offer to him, and advice he might be able to offer to help me.

Another speaker, Children’s Commissioner Judge Andrew Becroft, acknowledged the presence of the Coster family, and in particular his three children.

“You’ll be no doubt very proud of your dad today, and rightly so,” said Judge Becroft. “You will also be a great support, too. And he will need it when times get tough, and they do get tough in public office.

“It’s great that you bring to the role young children. They will be an ever-present reminder of the 1.2 million children in New Zealand.

“They have little voice or influence, but if they’re allowed to thrive, they will need our love and protection every day. And it is crucial, can I suggest, that the Police builds trust and respect with that group.”

“I thought about how difficult and complex the role of Police Commissioner is," said Sir Kim. "Everyone has a view about how the job should be done."

“Andrew, they may be times when you will feel alone and unsupported. You will be secure knowing that you have colleagues with whom you can have the right sorts of conversations.”

Closing the event, Deputy Commissioner Wally Haumaha highlighted that the attendees represented a ‘kaleidoscope’ of countries and faith followings.

He said it was an absolute privilege to host many people representing their nations and heritage at Commissioner Coster’s pōwhiri.