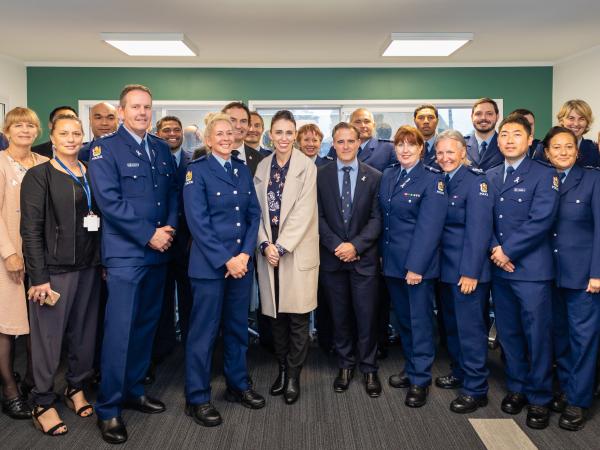 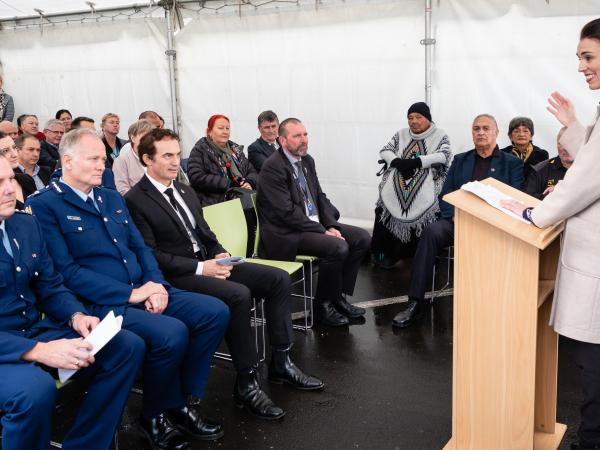 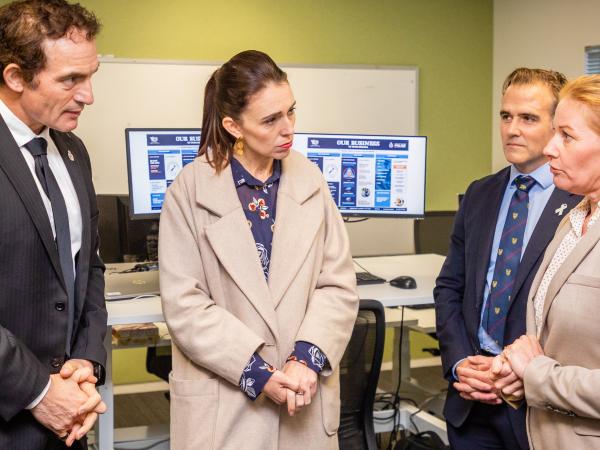 Home > News > Ten One Magazine > Our safe place [with video]

It looks like a normal station, albeit newer and shinier than before when you walk in the front door and up to the public counter. Business as usual.

But, behind the scenes, the newly refurbished Balmoral Police Station in Auckland City is quite different. Enter through the car park and you walk into a collaborative workspace set up for Whāngaia Ngā Pā Harakeke.

Reflecting the need to work with iwi and other agencies who deal with the daily fallout from family harm, the space houses Shine, Te Whare Ruruhau o Meri, Oranga Tamaraki and Corrections alongside Police.

Collectively they - and others in the 41-person team - deal with reducing and preventing family harm in a way that is culturally appropriate and highly collaborative.

Prime Minister Jacinda Ardern, opening the station for business on Friday (June 7) acknowledged the crucial work being done to reduce the family harm which affects a million New Zealanders every year, including almost 300,000 children.

“Over time we’ve now recognised the harm that is done not just to those who are directly involved but even to the children who witness family violence… and it has a lasting impact,” she said.

Police’s approach to family harm incidents was now very different from past decades.

“The significant change and approach by the New Zealand Police force has been dramatic over the years - but it needed to be," she said.

"I’m incredibly proud to have seen first-hand the innovative and integrated approach that Police are now taking to tackle family violence.”

Deputy Commissioner John Tims said Balmoral station had served the community for five decades. Post-renovation it was now well suited to policing in the 21st century, he said, noting the presence at the opening of many of the organisations essential to the Whāngaia approach.

In April Whāngaia partners Ngāti Whātua blessed the site and gifted Police the name Manawa Titi – which speaks to bold and resilient whānau and resonates with the work, spokeswoman and governance group member Marama Royal said.

Balmoral was Ahuru Mowai, which means a safe place, to Ngāti Whātua – a concept and name which Whāngaia lead Inspector Vaughn Graham says was quickly adopted for the team’s work.

“Ahuru Mowai is what we call our Whāngaia meeting room, where we gather every day for safety assessment meetings to discuss family harm incidents and pending releases from prison and refer cases on to the 30 or so agencies who work with whānau,” he says.

Each day the team canvasses trauma, violence and often upsetting material. “This is our safe place to do that.”

Ms Royal says bringing cultural content to the table is invaluable. “We know we feature high in the data," she says.

“As iwi we want to take responsibility for any Ngāti Whātua who want support. But beyond that as mana whenua we have a responsibility to ensure all Māori who live here are living safe and happy and well in Tāmaki Makaurau.

“I am absolutely looking forward to the work happening in this new space.”